Today marks the fifteen year anniversary of the launch of the Wii console, which included Wii Sports as an in-pack supplement.

The motion controlled sports game has gone on to become the highest selling video game of all-time on one console. An incredible feat.

The Wii Sports catalogue featured five sporting challenges to undertake; baseball, bowling, boxing, golf and tennis. Each having their own twist.

So when it came out on November 19th, 2006, how was it viewed by the general public? Was the game well received by critics?

Given the game came with the Wii console in most countries, it forced millions to play the game regardless of their appetite for it.

It was a bold move by Nintendo to include a sports game as an add-on, as it hadn't been done previously in the decade that preceded it.

Wii Sports was actually fairly well received by game critics when it launched. Many liked the casually fun aspect of the game mechanics.

Some described it as 'revolutionary' given the lack of games that could draw comparisons. It was a first to see a motion controlled muli-sport arcade game.

The addition of the create-your-own 'Mii' character was a welcomed touch, and the menu and theme music throughout still plays in people's heads.

In Japan, the game sold millions of copies despite it being one of the only countries not to have Wii Sports included with the Wii console.

In terms of downsides, the graphics, despite it being 2006, still left a lot to be desired for some. The cartoon aspect of the visuals weren't a trailblazer.

Others pointed towards a lack of depth to the game. After playing the tournament and exhibition style formats, there wasn't much else to spend time with.

What Wii Sports did achieve was a style of gameplay that all could enjoy. The Wii in its essence did away with any complex controller-based mechanics.

This allowed any type of player to fall into the world of Wii and Wii Sports with ease. That's in spite of motion controls not exactly being a big thing in 2021.

Some of the five categories of sports will be remembered more fondly than others. Bowling has developed this cult-meme status for it's execution.

It was arguably the strongest of the five, with the motion associated with throwing a bowling ball not too dissimilar from playing it in real life.

Baseball was also a huge win, as Wii Sports simplified the ruleset and provided a sense of satisfaction when the ball hit off the bat.

Tennis was a popular aspect too - especially given the fact you could play doubles. Many a mirror or light bulb was struck in households due to tennis alone.

Golf and boxing were the two anomalies. A lot felt the golf swing was hard to control, at least in terms of applying power. Boxing was a complete free for all.

Nonetheless, in spite of all five sports not exactly being on level terms, Wii Sports was more of a success than a failure.

So where does Wii Sports sit amongst other gaming heavyweights? While Wii Sports Resort and Wii Sports Club were released after, it did carve out its own niche.

Being able to draw all the family into a game these days is something rarely achieved. Only quiz-like games like Jackbox or Buzz on the PlayStation has done so to similar effect.

It's through drawing on the multiplayer aspect that Wii Sports will be remembered for most. Many nights in the mid 2000s were spent playing it with friends or family.

It's easy in 2021 to turn your nose up at a fifteen-year-old cartoon sports arcade game. What has to be realised is how different it felt in 2006 to play a title of its kind.

The success of the Wii in general as a console, amongst all ages, has definitely been the biggest factor in why Wii Sports ultimately was a success.

Even if many Wii console bearers didn't buy many games, they were gifted Wii Sports upon purchase. If you played the Wii, 99% ended up playing Wii Sports.

It was a game that held enough weight to exist, and while it might not have completely flourished, it certainly provided hours of enjoyment. That's likely all it set out to achieve. 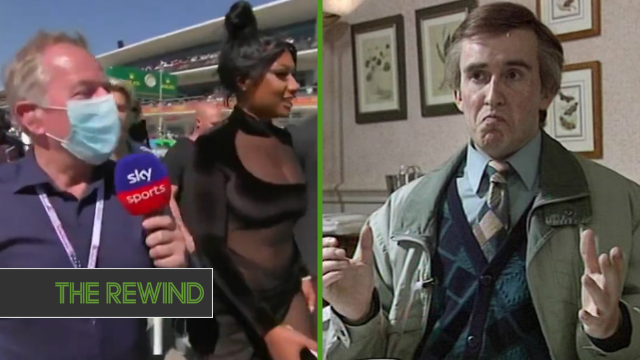