While they hold a special place in many Irish households - it brings to the fore a tale from 2002 when the Irish group managed to win a worldwide vote.

The BBC World Service was searching to find the 'World's Favourite Song'. The vote was open to the public to anyone with access to the world wide web.

Many had tipped a track from the likes of The Beatles or Bob Marley to win the majority but few could have predicted an Irish trio would rule them all.

The Wolfe Tones' track A Nation Once Again was brought to the fore by an email campaign from a Northern Irishman ahead of the vote.

An article from The Times explains how the man, London based at the time, was singlehandedly setting revenge 'even sweeter than beating the English at football.'

A source from West Belfast spoke to The Times and had this to say about supporting the Wolfe Tones case:

They say that republicans have penetrated the Northern Ireland Office, David Trimble’s private office and probably also the police, but now it seems that we’ve got the biggest prize of all: the British Broadcasting Corporation.

While the BBC acknowledged that A Nation Once Again was one of the frontrunners, they did expect the likes of Imagine by John Lennon and Believe by Cher to provide stiff competition.

A spokesperson for the BBC said they even received the email, saying, "It seems to be a bit of a laugh but the lyrics meet the guidelines so the votes have been accepted."

The tune was originally written in the 1840s by Young Irelanders leader Thomas Davis, composed at a time under British rule as the lyrics cry out for when Ireland would 'be a nation once again.'

The Wolfe Tones originally recorded their version in 1964 not long after the band was established. After weeks of campaigning, the final tally was counted.

There were over 150,000 votes were cast. 153 countries took part and more than 6,500 songs were given the spotlight. But A Nation Once Again was crowned the BBC's 'World's Favourite Song.'

The BBC themselves remarked that the Wolfe Tones snatched victory after a 'late surge in votes' and that many of the top ten had individual campaigns attached to them.

"This is a unique chart, for the first time we've been able to see how bands like the Beatles, which traditionally do well in these polls, measure up against other forms of world music."

Those were the words of BBC World Service editor David Stead who said that the vote provided a 'logistical challenge' but described the response to the search as 'extraordinary.'

Here were the top ten in full:

Some of those featured on the list might cause a head scratch or two. The second-placed song, Vande Mataram, is a traditional Indian song regarded by many as their national tune.

The only western tracks to feature on the list were Believe by Cher and Bohemian Rhapsody by Queen, painting the picture of a truly worldwide vote.

Brian Warfield of The Wolfe Tones spoke to The Irish Times after the win:

We're absolutely delighted that this song, which has become such an anthem for the Irish people, has got such recognition all over the world. The song was written to give the Irish people back a bit of spirit and support the fight to overturn [British rule] so I am very happy to see it is still giving us spirit the world over.

It wasn't to be the only vote conducted by the BBC to be taken over. In 2003, another campaign tried to steer Peter Canavan towards victory in the BBC Sports Personality of the Year.

See Also: The Worst (And Best) Covers Of Irish Folk Songs And Ballads 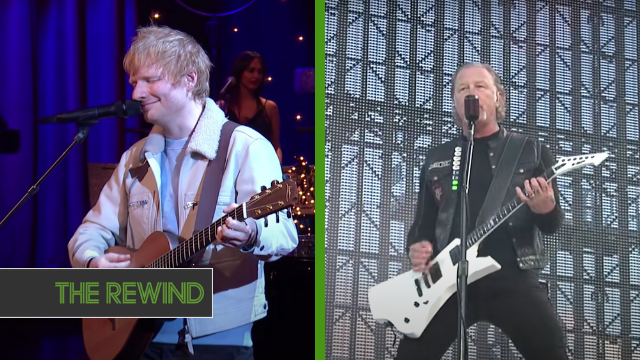