Where And When To Watch The 2017 Six Nations Fixtures

We are in for quite the festival of rugby this year following the form of both Ireland and England. With little under a month to go, Balls.ie has all the information on the 2017 Six Nations fixtures and where to view each respective game.

Irish supporters will be buoyed by the teams performances during the autumn international series  in the latter stages of 2016. Joe Schmidt's team will have little fear going into the Six Nations having defeated South Africa, New Zealand and Australia within the space of six months. They successfully became the first northern hemisphere side to beat their respective southern counterparts in a calendar year since England's World Cup winning team in 2003.

A host of young  talent sported the green jersey in the final fixtures of 2016.  Impressive performance from the likes of Garry Ringrose, Joey Carbery and Ultan Dillane in Autumn will give the Irish team confidence as they aim to win their third title in four years. 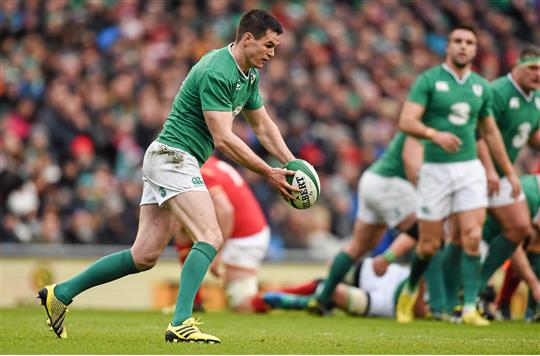 However, it is the reigning Six Nations champions who will enter the competition as favourites to retain their title. Eddie Jones will look to maintain his 100% record as head coach of England come mid-March when the tournament concludes.

If both Ireland and England proceed through the tournament in full form then it may very well come down to the closing game in Dublin on St.Patrick's Day weekend - while Wales will look to add their own name to the trophy.

What a tournament we have in prospect.

All times listed as GMT*