5 Of The Most Famous Englishmen To Coach In Ireland

The appointment of Andy Farrell as Ireland's defence coach was greeted with some surprise in Ireland. A surprisingly small number of Englishmen have taken big coaching jobs in Ireland. 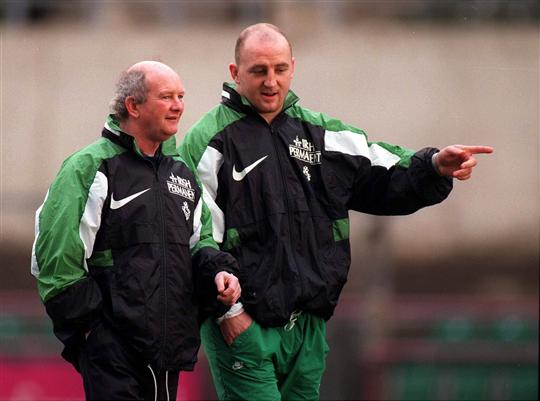 He couldn't get on with the 'amateurs' with whom he was forced to work, he unapologetically favoured England-based players, and he never bothered staying in the apartment the IRFU had purchased for him in Dublin, and he even inquired about the possibility of moving the training sessions to England.

The appointment of Brian Ashton as Ireland coach was greeted with excitement and not a little intrigue. It was regarded as a stunning coup by the IRFU. Here was Irish rugby really punching above their weight in the coaching sphere.

In the early 1990s, Bath were the sexiest team in the Northern Hemisphere. They won the English League five times in six years between 1989 and 1994.

While Jack Rowell was head coach during this period - before leaving to take the England job in the summer of 1994 - Ashton, in his role as backs coach, was celebrated for creating one of the exciting attacking sides in rugby. He succeeded Rowell as Bath coach, leading them to another title in 1995/96.

Following Ireland's home loss to Italy at the start of 1997, the dour and uninspiring Murray Kidd was shown the door and the sensational appointment of Ashton on a six year contract was announced.

As he relayed to Brendan Fanning in From There To Here, even at the time Ashton had misgivings about what he was doing. This feeling deepened at the first training session in Limerick where Ashton learned that several Irish international players couldn't pass the ball from left to right. Coming from Bath, this shocked him.

According to his assistant coach Mike Brewer, Ashton was 'surprised by the lack of ability, particularly in the backs. I remember after the first week he said to me 'Jesus, I don't know if I've made the right decision here.''

It started positively. Ireland lost at home to France, as they always did back then, but did so respectably. They followed this with a one-point win over Wales in Cardiff (oddly, something else they always did at that time). The match is best remembered for Denis Hickie's superb debut try. Next time out, they were slaughtered by England in Lansdowne Road and were easily beaten by Scotland in Murrayfield.

He had a rancorous relationship with the manager Pa Whelan, continually pointing out in arguments that Whelan was an amateur whereas rugby coaching was his livelihood.

In December of 1997, Ireland travelled to Rome and ensured that the year was bookended by losses to the Italians. This time they were beaten even more convincingly, 37-22.

His final game as Ireland coach was the opening day home defeat to Scotland in the 1998 Five Nations. In the post-match interview, he remarked 'I don't know whose gameplan that was out there but it wasn't mine'. It was a display of someone who wanted away. He got his way. 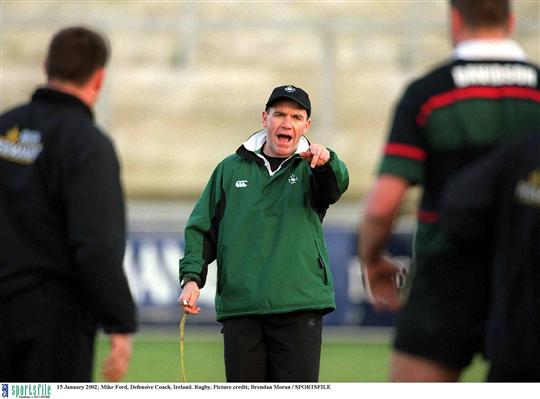 One of the factors that caused Warren Gatland's shock dismissal as Ireland coach at the end of 2001 was his apparent unwillingness to hire a specialist defence coach. It was a key point of difference between him and his ambitious backs coach Eddie O'Sullivan. It was a decision which drove Keith Wood to distraction.

When O'Sullivan took the job, he immediately recruited Mike Ford from Oldham RFC. Ford was in place for the start of the 2002 Six Nations. He stayed for four seasons, helping Ireland to reach 3rd in the world in 2003 and win the 2004 Triple Crown. He left to become Saracens coach in 2005.

Potted bios of Jackie Charlton are unnecessary at this stage. Suffice to say, contemporary observers regarded Charlton as being a very odd fit for Ireland. He was first informed he had been appointed Ireland manager not by the FAI but by Jimmy Armfield of BBC Five Live.

The press corps were underwhelmed, all the more so after Ireland's 1-0 loss to Wales in his opening game. In his match report, Con Houlihan criticised the performance and lamented that Brian Clough wasn't more into fishing.

Things changed dramatically after that. You can read more in-depth articles on episodes from the Charlton era here and here.

Here are the three minutes that we believe best encapsulate the whole Jack Charlton era, from Wembley 1991. 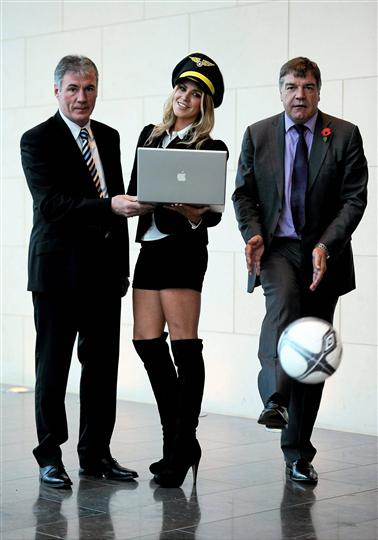 Still (just about) a player, Allardyce took over as player manager in Limerick in October 1991. As was true of Jack Charlton, a similar sort of player to him, he took to management easily.

He led the team to promotion in his only season at the club. It was a hard slog. Allardyce recalled pounding the streets of Limerick with club chairman Fr. Joe Young trying to persuade local businessman to donate money towards player wages.

His assistant at Limerick, Billy Kinnane spoke to the Guardian recently about his managerial ability.

Sam was a breath of fresh air. He was brilliant and we won the league. He was just becoming interested in sports psychology when he joined us and he was so innovative... He certainly didn’t do it for the money; he earned a pittance, I think under £200 a week as player-manager... We had some fun and he liked a few pints after the game but, when it came to preparation, he was very, very professional – much more professional than any manager I’d ever come across.

Cork Celtic owe their only ever League title to the power of the Jehovah.

Chelsea's record goalscorer until he passed out by Frank Lampard two years ago, Bobby Tambling scored 164 goals for the club between 1964 and 1970.

Thereafter, he transferred to Crystal Palace where the goals largely dried up.

In 1973, he abruptly decamped to Cork in Ireland with the aim of missionary work as a Jehovah's witness. The Bionic Bohs inform us that around the same time Wolves striker Peter Knowles also succumbed to the power of the religion leading the PFA to issue a warning.

Tambling and Alfie Hale formed a sumptuous partnership at Cork Celtic and the team won their only League title in 1973-74.

Tambling subsequently played for Waterford United and Shamrock Rovers before moving into management in the 1980s. He was the first manager of Cork City in the League in Ireland.

His Chelsea goalscoring record stood for over 40 years.

Read more: Ronan O'Gara Is More Enthused Than Most About Andy Farrell's Appointment

Read more: 7 Famous Foreigners Who Have Managed In The League Of Ireland