DHL were yesterday forced to delete and apologise after a frankly ridiculous post on their Facebook page, asking people to like a photo in order to send best wishes to seriously injured Formula One driver Jules Bianchi in the wake of his crash yesterday. 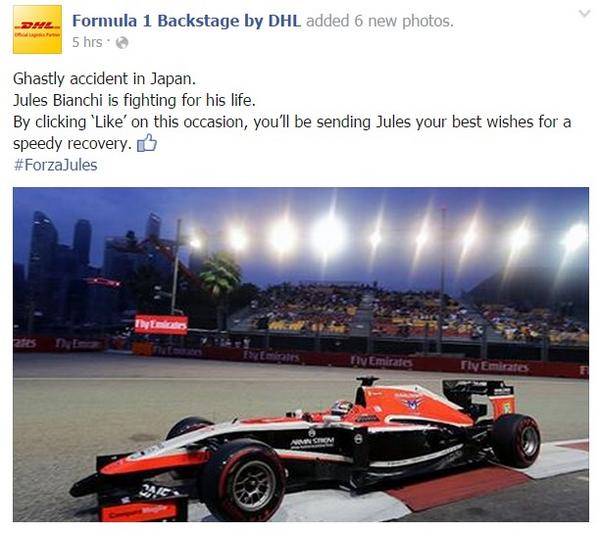 The old 'like to...' call to action on Facebook is seen as a ubiquitous ploy to gain maximum interaction on the social networking site but there is obviously a time and a place. Anyhow, DHL later deleted their post, and pleaded ignorance in the face of allegations that they were fishing for likes.

Maybe it was a genuine error of judgement but it was still a massive error. 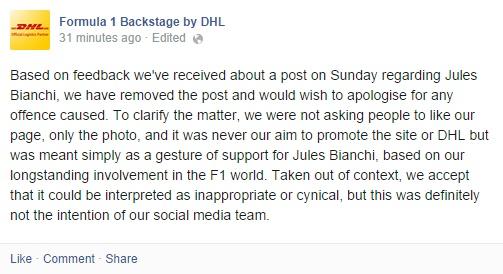