An England XI Of Players Who Were Not Born In England

When Ireland played Egypt in 1990, Big Jack leant harder on the granny rule (or at least the parentage rule) than any Ireland manager has before or since.

There was just the eight players in the starting line-up born outside of Ireland that day. Though, it should be pointed out that that number includes Paul McGrath who was just born in England and was moved back to Ireland within weeks of his birth, so he probably shouldn't count.

Ireland have copped a lot of flak for their use of the granny rule, not least from the British press. Remember the Spitting Image sketch where Big Jack unveiled his new star Paddy O'Gascoigne? We learned at the weekend that this wasn't as farcical as it sounded.

But what of England and their reliance on 'foreigners'? Is it possible to put together an England team of players not born in England?

We're reaching here. England goalkeepers have traditionally been as English as Yorkshire pudding, steak and kidney pie and boasting about winning World War 2.

We have to go back to Mr. Claude Ashton, a man who, in all fairness, probably does require an introduction.

Asthon earned a total of one cap for England, earned in 1925 against Northern Ireland in Belfast. He played at centre forward.

As a result of us 'being stuck', he will be asked to fill in in goal on this team. As well, he also failed up front for England as the Windsor Park game finished 0-0.

Like half of England in the early twentieth century, he was born in India where his family were officials in the British imperial administration.

Liverpool's right back during the unfortunate 1990s, Jones earned eight England caps under Taylor and Venables, the bulk of them coming in friendlies.

Jones was born in Wrexham but that was as far as his Welshness went. His parents were English and he grew up in Cheshire as a Liverpool supporter. No Plaid Cymru supporter anyway.

Like approximately 44% of footballers, he earned the nickname 'Trigger', probably resulting in much jostling and antler butting between himself and Jason McAteer. 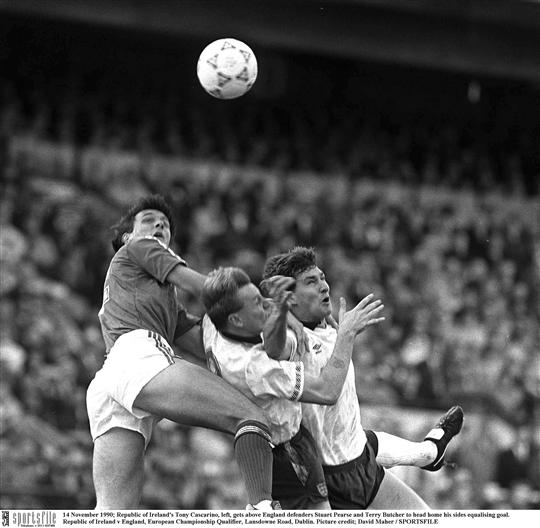 For ten years, Terry Butcher was almost a parody of a lion-hearted Englishman. Maybe he was making up for the fact he was born in Singapore.

His Dad was in the Royal Navy and his mother went out to join him and young Terry was born in 1958.

Butcher always said he was 'conceived in England and born in Singapore' but conceded to Four Four Two that he wasn't so sure - about the conception bit at least.

Most people are rather hesitant when it comes to investigating the circumstances of their own conception but Butcher may be an exception (rhyme unintended).

A bona fide 'Plastic Percival', Tony Dorigo was born in Australia to an Italian father and an Australian mother. One would probably have to go back to the time Australia was a penal colony to find any English blood in Tony.

Australia even called him up for the 1986 World Cup qualifying campaign but he was refused permission to travel by his club manager at Aston Villa, Tony Barton.

The FA approached him about transferring his allegiance to England and gaining British citizenship.

He earned 15 caps between the tail end of the Bobby Robson era and the Graham Taylor era. His most famous acts in an England jersey were setting up a goal for Platt in the third place play-off loss to Italy in 1990 and having a free kick blocked down in Rotterdam in 1993 thanks to encroachment from the Dutch players. Seconds later, Ronald Koeman scored and the linesman did end up costing Graham Taylor his job.

He usually played left-back but to make room we're going to have to slot him in in at centre half.

My father was Italian and my mother was Australian, so I have no English parentage at all. What I say to my English friends today is that ‘you lot were so bad you needed an Aussie to come and play for you!’ It was very different back then to what it is now – the players in the Premier League today fly all over the world to play for their countries. They just did not allow that to happen in my day.

Booed for years on account of being a Guardian reader, Le Saux's Jersey background provoked no hostility. The island lies off the coast of Normandy but has been a possession of the British crown for centuries now.

Channel Islanders enjoy British citizenship so this one isn't particularly contentious. He had the choice to play for any of the home nations but unsurprisingly plumped for England. 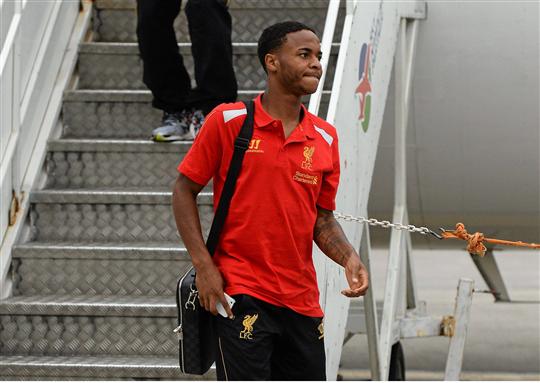 The bete noire of the Aviva Stadium, Sterling was, like his colleague on the other wing, born in Jamaica.

Some folk expressed concern that an English audience might think the booing from the Aviva hordes was racially motivated. Thankfully, Clive Tyldesley gave viewers the lowdown on Liverpool's extensive support base in Ireland.

Famously Canadian, Hargreaves grew up in Canada, the son of a Welsh mother and an English father. He had his pick of three national sides and initially played for Wales at underage level.

He was selected by Sven Goran Erikssen for a home friendly against Holland, and became the first England player to play for the national team without having lived in the country before that.

The most feted non-English born player to play for England, Barnes was raised in Jamaica until the age of 12 before moving to London. Neither of his parents were English and Barnes told the Jamaican Star that he didn't even hold a British passport until eighteen months into his England career.

He told the Jamaican Star that he simply picked England because he wanted to play in the World Cup, but would have picked Scotland had they asked him first.

So as stupid as it seems, the only reason I played for England was because they were the first to ask. They were the biggest and the best country, but if Scotland had asked me first I wouldn't have thought I would be good enough to play for England. You go and play for Scotland.

Another Channel Islander, Le Tissier has a French sounding name and comes from Guernsey, an island which has a name which manages to sound both French and English.

One of Ron Atkinson's cohort of black players at West Brom in the 1970s, he later, inevitably, became a key part of Big Ron's defence against the charge of racism.

Regis scored over 150 League goals and won five England caps without scoring. He was born in French Guiana in 1958 and moved to England at the age of five. He had his pick of playing for either France or England (apparently poor old Guiana were out of the question) and opted for the latter.

Another Jamaican born player, Blisset scored a hatful of goals for Graham Taylor at Watford, earning a move to AC Milan. At the San Siro, he was famous for his utter uselessness and became a kind of ironic icon among Italian football fans.

His England caps all came in the early 80s, and he scored 3 from 14 appearances.

Read more: The Three Minutes Which Summed Up The Entire Charlton Era