Announcing Your Balls.ie Woman Of The Year For 2016: Annalise Murphy!

Annalise Murphy has been voted Balls.ie's Woman Of The Year for 2016, having received a whopping 45% of the public vote.

The second biggest moment of her year arrived, of course, on August 16th, 2016. It drew comparisons with times of old, in one sense; as a nation, we couldn't live and breathe Annalise's Olympic odyssey with her, such is the nature of her craft. Instead, word of mouth and online updates kept us in the loop, as the 26-year-old from Rathfarnham rid the four-year-old monkey from her back.

It was the perfect tonic for what was one of Ireland's most tumultuous Olympic days ever, as Michael Conlan saw his Olympic destiny taken from him and Annalise Murphy realised her dream. The highs and lows of it she understands; four years ago, in Weymouth, she saw her own Olympic dreams flushed down the swanny after a disastrous final race.

Considering the emotional turmoil brought about by her London capitulation, the mental fortitude to rebound and become just the fourth Irishwoman to medal at the Olympic Games speaks for itself. Indeed, it was just Ireland's second medal ever won in sailing - the first being the silver won by David Wilkins and James Wilkinson in the Flying Dutchman class at the Moscow Olympics.

Murphy recently told Mary Hannigan in the Irish Times of her achievement:

I was terrified. Really, really terrified. I had watched my final race in London a lot of times. Watched the mistakes I’d made, where I’d gone wrong. I’d been kicking myself for the last four years. I always felt I threw away an Olympic medal in 2012 and I thought that I’d never get another chance to win one.

In London, I was terrified of finishing fourth, but what I learnt from that is I had to see the opportunity that I had given myself, an opportunity to finish first, second, third or fourth, it just depended how I raced the last race.

She raced it supremely, and brought smiles back to the faces of a nation scorned by pugilistic scallywaggery. Witnessing her redemption turned one of Irish sport's tales of heartbreak on its head, and it was magnificent.

SEE ALSO: A Tale Of Two Interviews - Witness The Difference For Annalise Murphy Between London And Rio

She now leaves 2016 having joined the pantheon of Irish sporting greats, and her Olympic silver medal was fairly decent, too. 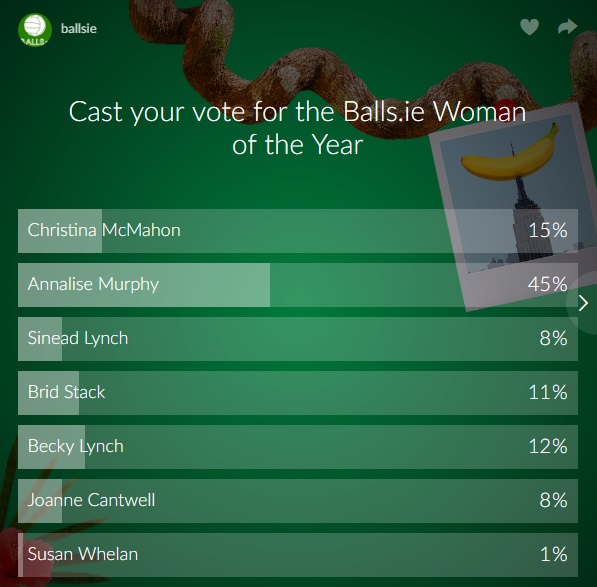