Whatever way you look at it, this has well and truly been a remarkable rise for Bohemians during the last couple of years, European football or not.

The Dalymount Park outfit have proven how well fan-owned football can work, doing so on the European stage.

It's been quite a turnaround. Bohs, only a decade ago, were fighting for their very future as a football club. And today, they are now counting down the days to a jaunt one of European football’s powerhouses in Greek side PAOK.

You may remember PAOK’s name from recent Europa League seasons, and they also have a former Manchester United player in Shinji Kagawa within their ranks currently.

Albeit this is a 32-year-old Kagawa who is arguably past his peak, where he was winning the Premier League with United and two Bundesliga’s with Borussia Dortmund. But still, this is significant.

On Thursday night, it was hard to feel anything but captivated with how far this Bohemians journey has gone.

Yes, it might only be Dudelange, from Luxembourg, but this was an occasion that we seldom see in League of Ireland circles.

Who knows, maybe it was the fact it was played in front of fans after such a long absence of fans in stadia, or maybe it was manner of the Bohs performance itself. Nobody will really know until it is over.

But this journey itself for Bohs feels like a vindication of sorts for a club who, were forced to sell Dalymount to secure their very future bot so long ago.

And even after that, they struggled for a time. Flirts with relegation and false dawns with the club were commonplace, but now, this feels like the start of something special.

One man who has been at the heart of Bohs revival is manager Keith Long. And despite helping the club  return to their previous heights of challenging at the top end of the table once again – Long is refusing to take the credit for the remarkable rise of this Bohs machine. 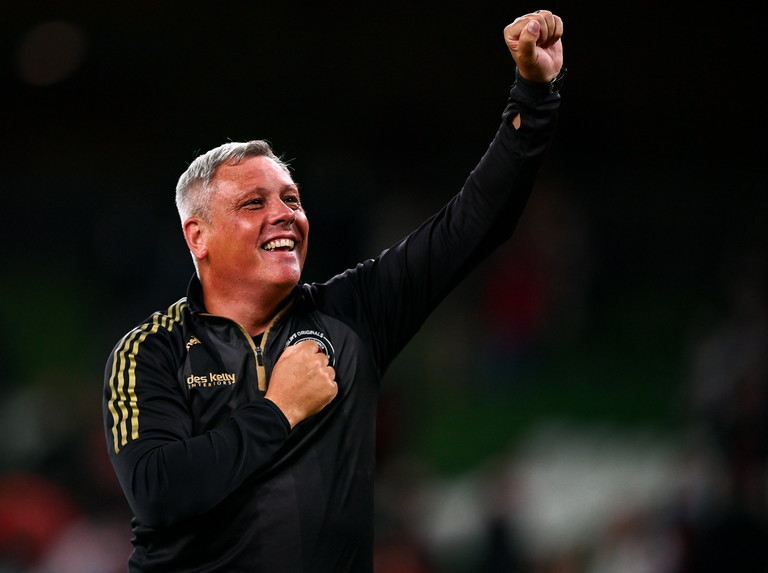 “I’m lucky to manage this football club at a time when a lot of things have aligned, but we have extremely hard, there’s no doubt about that,” Long said.

“I am the figurehead of this football club as manager, but it is a club that is run very well. It is run prudently, and we have built sustainably. I’m at the club over seven years now and I have a brilliant backroom team.

“I have brilliant people behind the scenes and then additional backroom staff like Colly O’Connor and Aaron Fitzsimons who absolutely love this club and they would do anything for it.

“I have never worked a day at Bohemians, and I have loved every minute of it. It’s a really big club, and is one of the best clubs in the country. I believe the best is yet to come.”

And that, Long may be correct. Bohs have benefited hugely since their link-up with St Kevin’s Boys at underage League of Ireland level, while also managing to recruit players who may not have had the best of experiences in England as teenagers.

Of the starting XI on Thursday night, James Talbot, Anto Breslin and Dawson Devoy were previously of UK academy football before returning home to join the Gypsies.

Breslin is the outlier in that point however as he had a stint with Longford Town prior to his Bohs switch, but the point still stands. 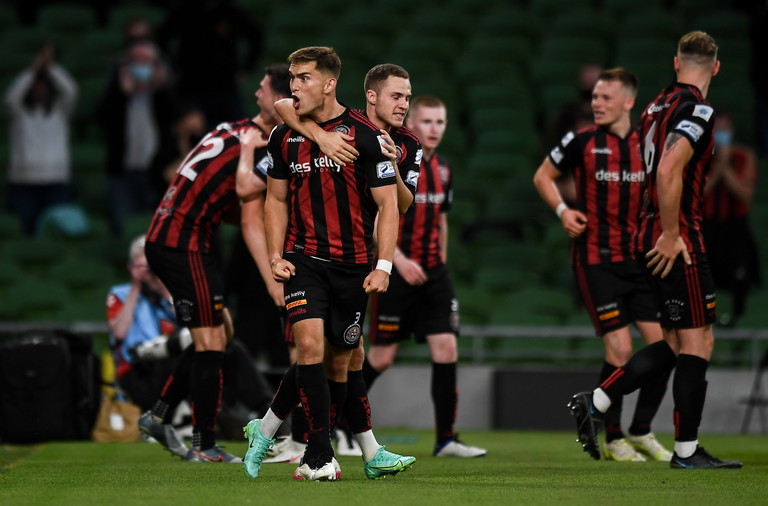 In addition, four more starters came through their underage partners at St Kevin’s by the Shanowen Road in Whitehall.

Teenagers Jamie Mullins, Aaron Doran, Sean Grehan and Robert Mahon are the most recent of which coming though.

That quartet were all named on the bench during Thursday’s dominant win over Europa League semi-regular group stage side Dudelange in front of 8,00 socially distanced supporters at the Aviva Stadium.

“It’s great for the supporters to have nights like this,” Long added. “But we want that to be become the norm and get back here as much as we can.

I told the players to enjoy and cherish nights like this, and they’ll remember these nights for the rest of their lives. But we haven’t won anything.

We won a round in Europe in the Europa Conference League but we’re a small country and we have a small league in Europe.

And for the boys to equip themselves in the way they have over the two legs against Dudelange and Stjarnan is a credit to them and football in this country.

They’re a credit to themselves, our league and in particular, our club.

It does not get any easier for Bohs from here on in, with Greek giants PAOK lying in waiting.

The first-leg will be played in front of another sold-out Aviva Stadium on Tuesday night, and despite the challenge present, Long is relishing another step-up in opponent for his charges.

“We have to take it as it comes,” he said. “But there’s no doubt about it, we have a chance. It is two games, and it is going to be very difficult.

But if you don’t believe you have a chance there’s no point in turning up. They’re a high-level opposition and we are going up a level again, but it is where we want to be.

We want to test ourselves against the best in Europe, and PAOK are a massive club. They have massive support and are very partisan.

Our under-19 team played them a couple of years ago in the UEFA Youth League, and some of those boys will play against the senior team on Tuesday.

“It’s a huge occasion and step-up for the club but we’re looking forward to it. We have got to embrace the challenge and be as diligent as we can regarding our preparation and recovery now to get ready for Tuesday.” 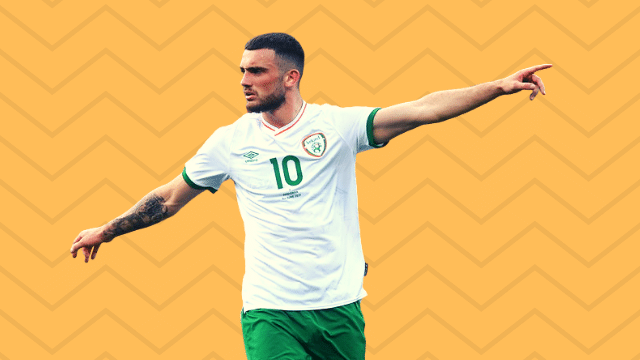 Article written by
Andrew Dempsey
See more from Andrew Dempsey
Popular on Balls
Rugby
2 days ago
By Colman Stanley
Keith Earls Shares Story That Captures Andy Farrell's Decency
Football
1 day ago
By PJ Browne
'If He Continues With Performances And Goals Like That, Stephen Kenny Will See It'
Football
2 days ago
By Eoin Harrington
Quiz: Name Every Player To Score In A Champions League Final
Football
20 hours ago
By Gary Connaughton
Portsmouth Likely To Retain Gavin Bazunu This Month Despite Championship Interest