The streets of Dublin seem relatively quiet compared to the St.Patrick’s Day festivities just 24 hours previous. Yet, there remains an air of excitement in the city today as Ireland prepare to play England to the Aviva Stadium.

Bragging rights are at stake today for Ireland as they seek to halt the English grand slam. But for a select group of fans, the match was instantly memorable, as they traveled to the game in Vodafone's Team Of Us bus alongside with two men who know what it's like to beat England.

Irish internationals Jordi Murphy and Sean Cronin are no strangers to Six Nations build-up. At five hours before kick-off, they would usually be surrounded by teammates discussing tactics in the team hotel. However, today, they experienced match day with a group of lucky Ireland fans who were fortunate enough to win Vodafone’s #TeamOfUs competition.

Jordi Murphy and Sean Cronin are all set to travel with Irish fans to the game on the #TeamOfUs bus.

Bright smiles were spread across the faces of supporters as they mingled with the Irish internationals on an otherwise gloomy day in Dublin.

As the key turned in the ignition, Sean Cronin announced that the bus would be making the same journey through the city as the Irish team do each time they play at the Aviva.

Naturally, fans were curious and availed of the opportunity to gain a fascinating insight into the world of international rugby. Both Murphy and Cronin were more than happy to answer each question – which ranged from ‘Who is the loudest in the dressing room’ to ‘Which Irish players will be on the Lions tour?’

The bus meandered through the capital capturing the eye of passers-by who couldn’t fail but notice the vehicle clad in triumphant Irish rugby images. 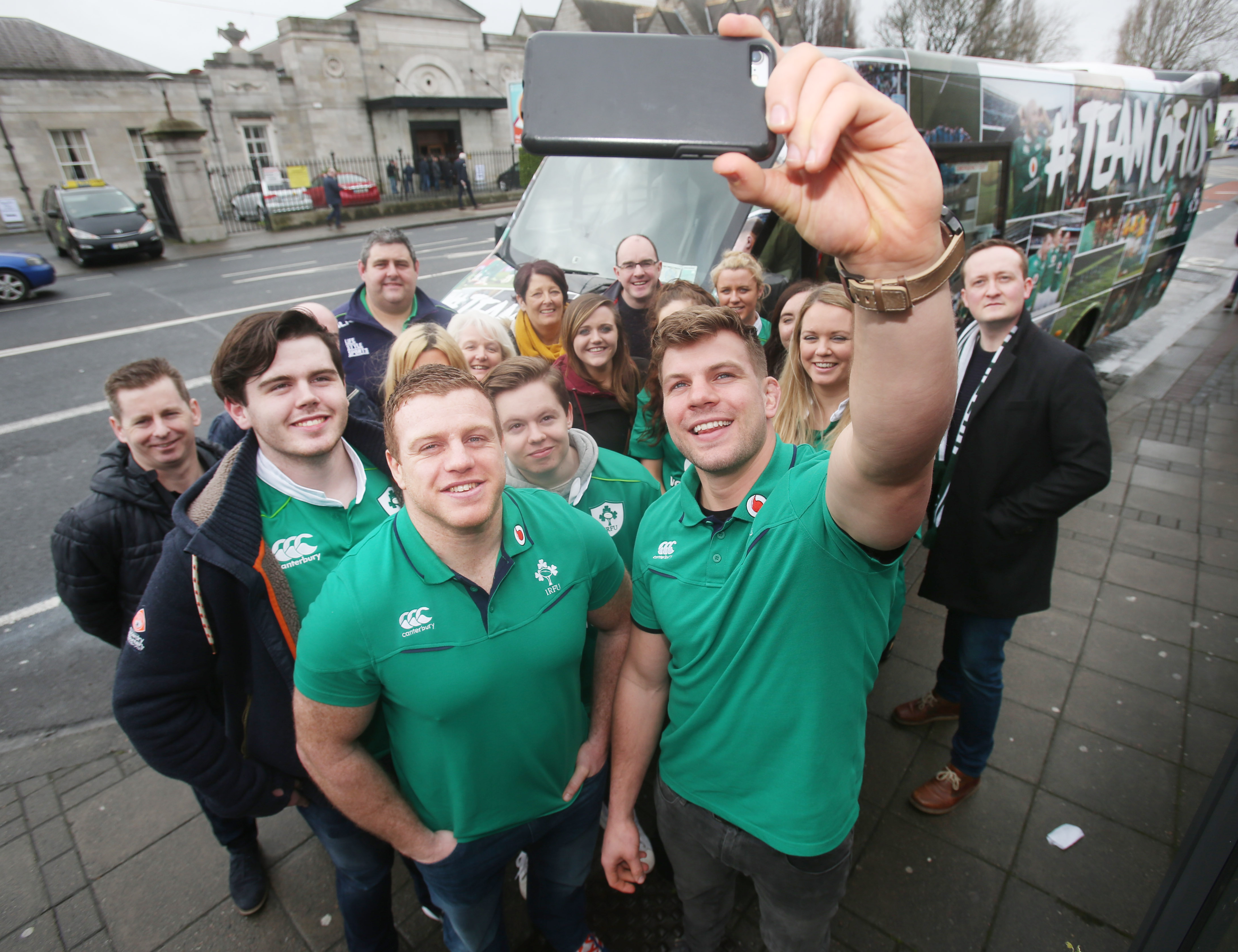 As the Aviva Stadium came into view there was a brief moment of silence – as if everyone on board was reminded of the task at hand this afternoon.

Cronin emphasised the importance of a strong start for Ireland:

Don’t give them a fast start ‘cause they’re a pretty awesome team at the moment. They’re performing very well across all areas so put them under pressure and see how they deal with that. That will hopefully get us into the game.”

“There would be no better way to finish a tournament than getting a big win against England.”

A new Irish jersey and Jordi Murphy's autograph. Not a bad day at the office for this Ireland fan. #TeamOfUs pic.twitter.com/ENIyDZg9xp

As the duo departed the #TeamForUs bus in Ballsbridge, they signed autographs, took selfies and conversed with fans – whom they believe are a huge contributing factor to Irish performances. To give something back to them seemed only just in their opinion:

"It was to give the supporters an experience of what the lads would go through on match day in the build up to the game.

We did the route to the Aviva that we normally we would and it seemed like everyone really enjoyed themselves. It was a bit of craic.”

Cronin also highlighted how important the atmosphere created by the fans is for the Ireland players.

“The fans are huge for us. When we’re going to the games and see the joy on their faces, it makes you say to yourself ‘I need to do it for these guys today’.

When we need to dig deep in the final minutes of the game then that atmosphere inside the Aviva can really drive us on.”