Dublin Club In Hot Water After Faking Death Of Own Player

Leinster Senior League side Ballybrack FC are in big trouble after it came to light that the Dublin based club faked the death of one of their players.

Fernando Nuno La-Fuenta was the player in question, with news being circulated that the player had died in a traffic accident last Thursday, though in a statement released by the Leinster Senior League, La-Fuenta is currently in 'good health' having returned to his native Spain.

Here is their statement in full:

The Leinster Senior League acted in good faith at all times and when notified by a representative of Ballybrack FC as to the death of a member player we immediately offered our heartfelt condolences and also shared the sad news with all other LSL clubs in order for them to offer their own individual condolences.

“We are glad to hear that the player is in good health and has returned to his native Spain.”

“The Leinster Senior League will co-operate with all relevant agencies in the investigation of this matter and the league will also deal with this issue through their own internal disciplinary procedures.”

“The Leinster Senior League would like to offer their sincerest apologies for any distress caused as a result of notifying the clubs as to the demise of a valued player.”

“The league acted in absolute good faith with the information supplied by the club and only had the welfare and interest of those affected by the reported ‘tragedy’ as our uppermost concern at all times.” 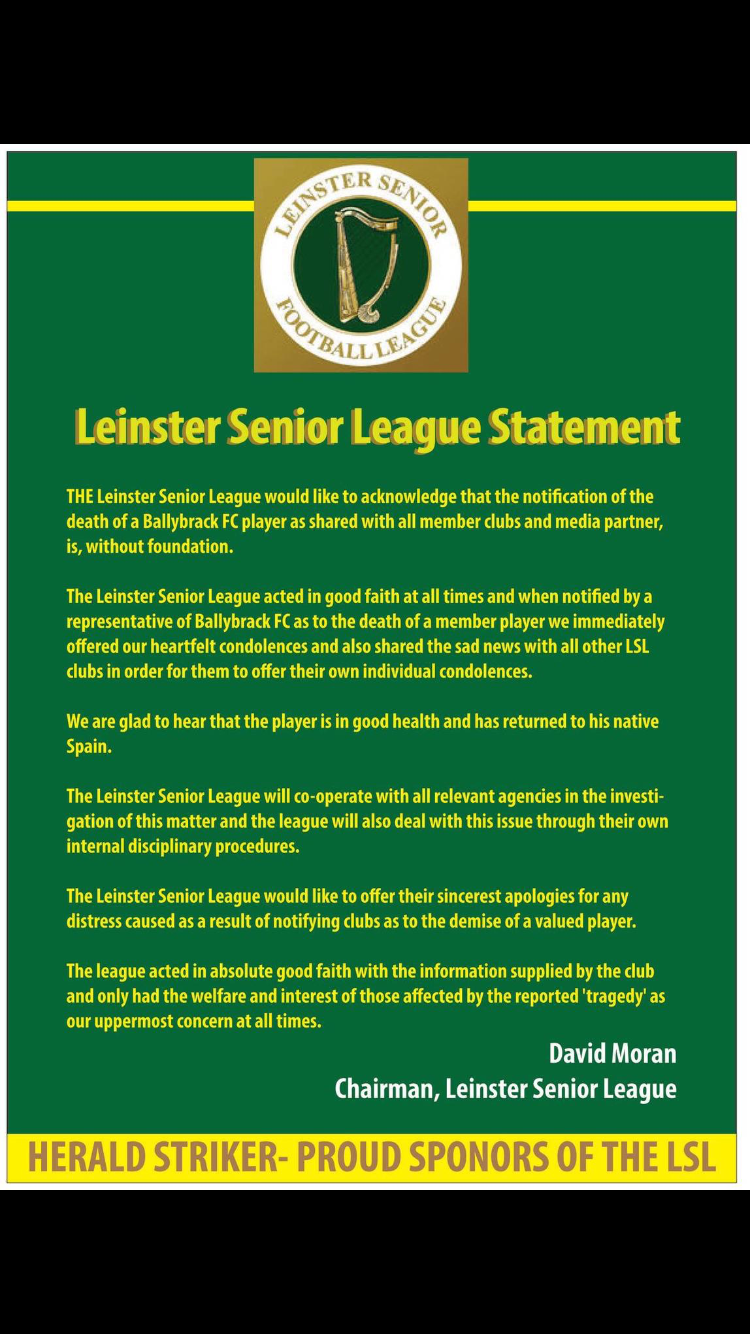 After the news of La-Fuenta's 'death' was circulated, numerous clubs came out and released statements in sympathy with Ballybrack over their loss including CIE Ranch FC and Rush Athletic FC. Ballybrack's match against Arklow was postponed as a result of the fictitious bereavement. 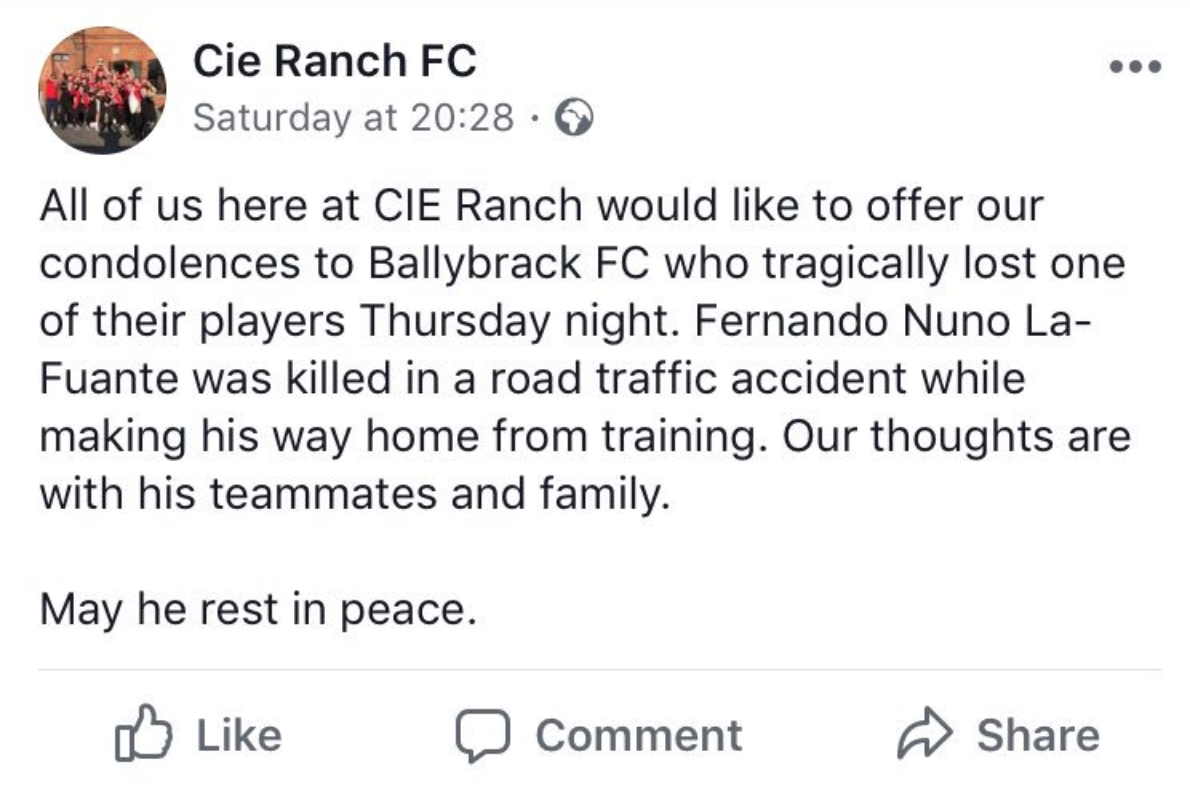 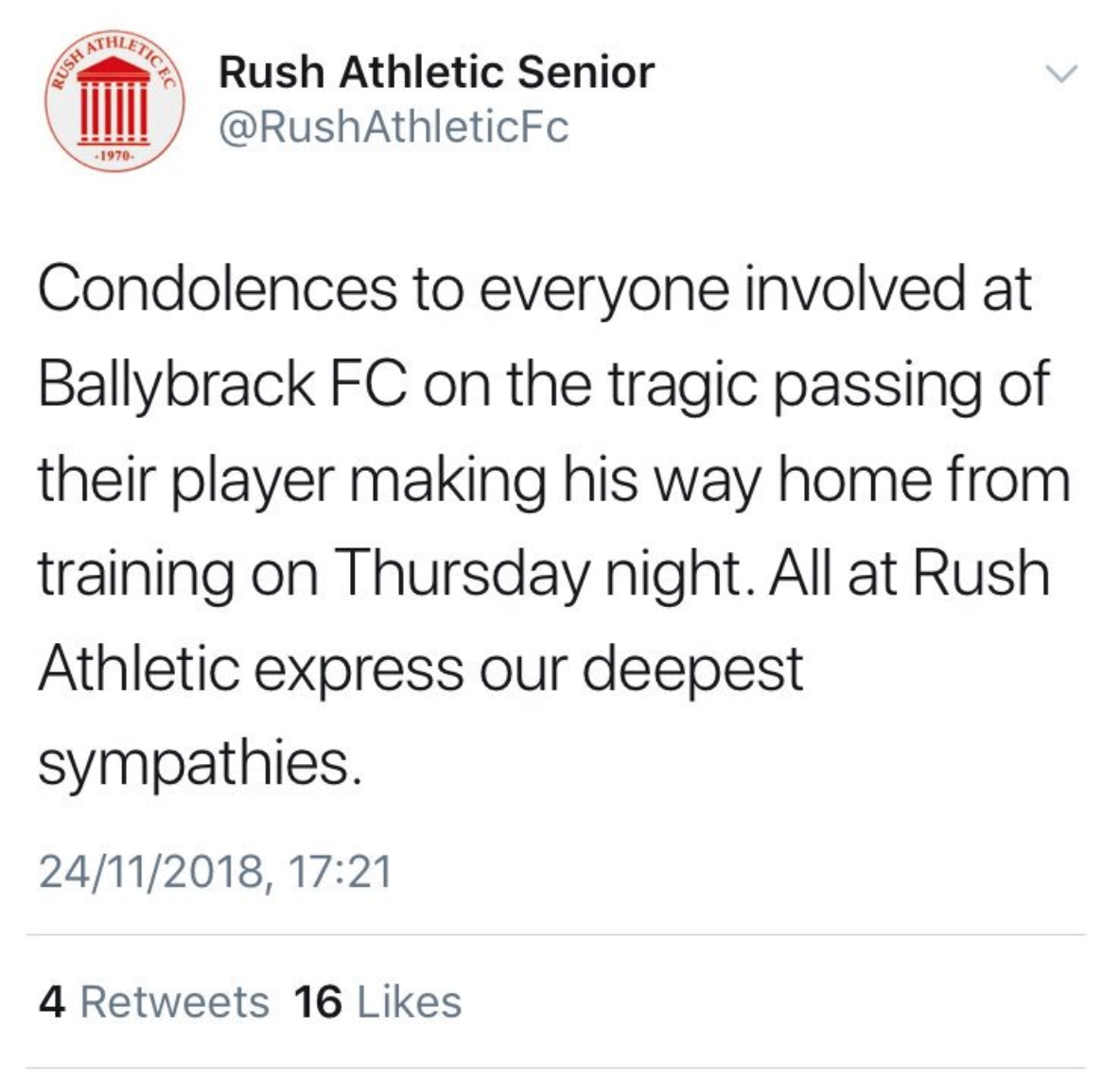 La-Fuenta's apparent demise was even recorded in the Herald Striker, with a statement from Leinster Senior League secretary Pat Kiernan:

It is with great sadness that we report that I must report the death of Ballybrack FC player Fernando Nuno La-Fuente. He was tragically killed in a traffic accident on his way home from football training on Thursday night last. The officers and committee of the Leinster Senior League would like to offer our heartfelt condolences to Fernando's family, and also to Ballybrack FC.

May Fernando rest in peace.

Over the weekend players in the league observed a minute’s silence and wore black armbands as a mark of respect at the player's 'passing'. 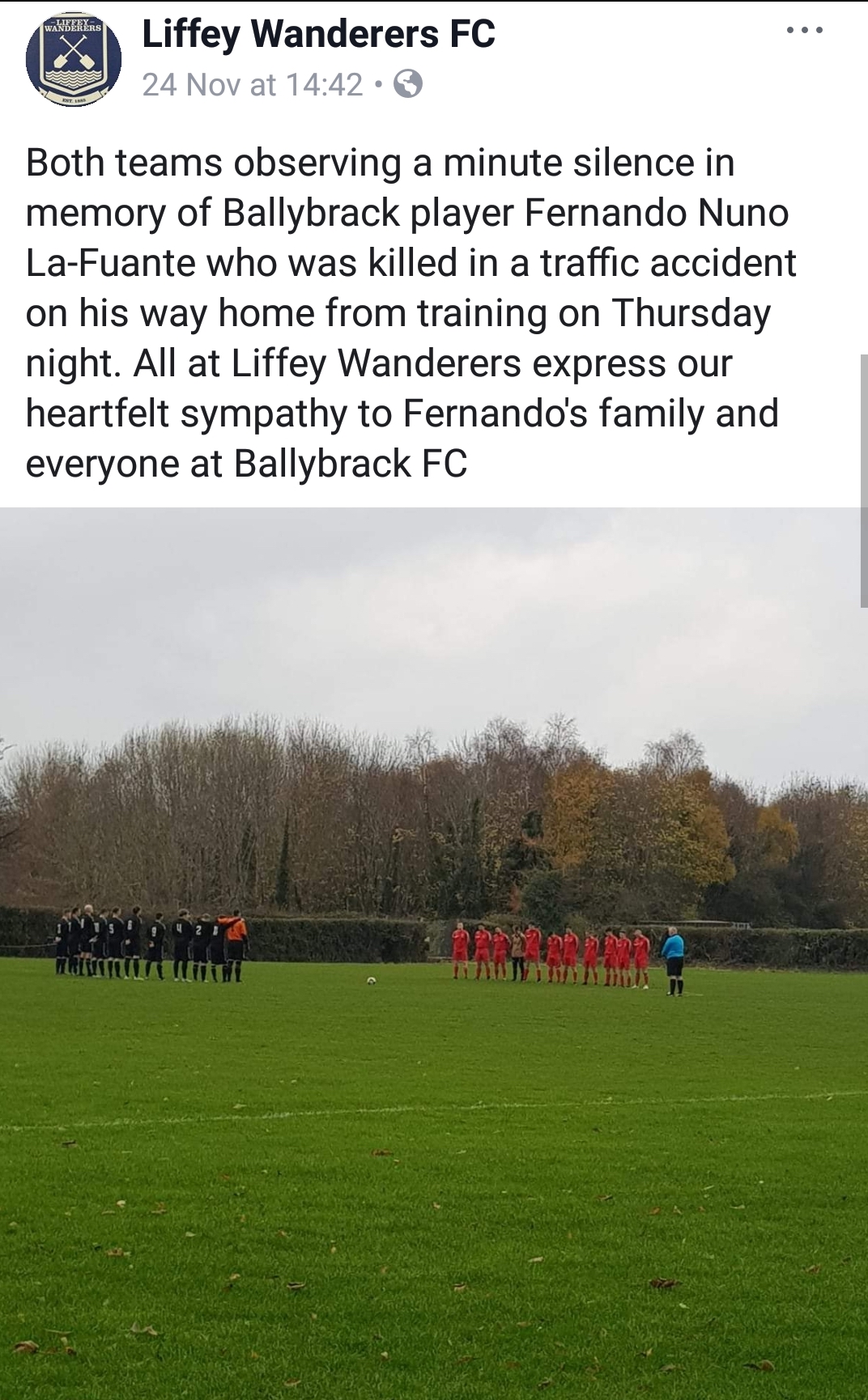