Wales have entered the top 10 of the FIFA world rankings for the first time in their history. Chris Coleman's team is now ranked as the 10th best international team after a mesmerising rise from languishing in 112th position four years ago.

In July 2011, Giovanni Trapattoni's Irish team were ranked a reasonable 33rd, but while the Welsh rise has been meteoric, Ireland have been steadily in decline, reaching a lowest ever position of 70th one year ago.

Here are the key moments to examine the change. 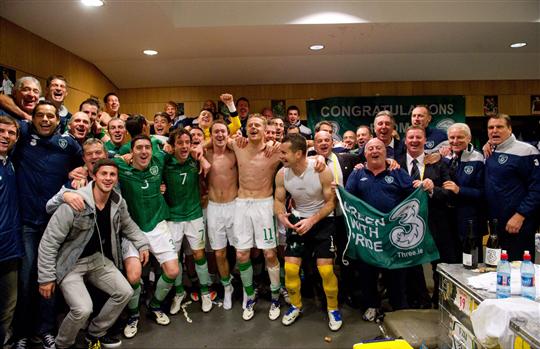 After finishing second to Russia by 2 points in their Euro 2012 qualifying group, Ireland beat Estonia 5-1 on aggregate to qualify for a first major tournament since World Cup 2002.

After losing 4 of their first 5 games in 2011 including the 3-0 defeat to Ireland in the Home Nations Cup, Wales win 4 of their next 5 against Montenegro, Switzerland, Bulgaria and Norway to surge up the rankings to 50th. 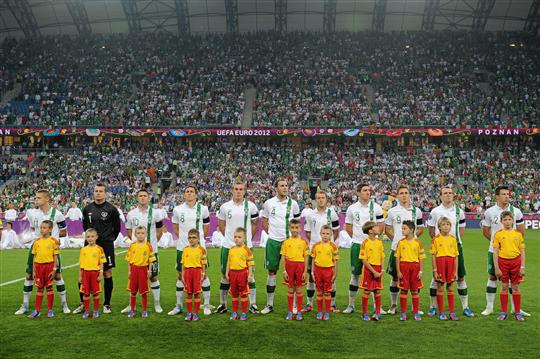 Ireland exit Euro 2012 with no points after defeats Croatia, Spain and Italy in the group stages. The Boys in Green only drop 5 places due to being beaten by higher ranked opposition.

Wales continue to rise despite losing their next two games to Costa Rica and Mexico as the rankings work their magic. 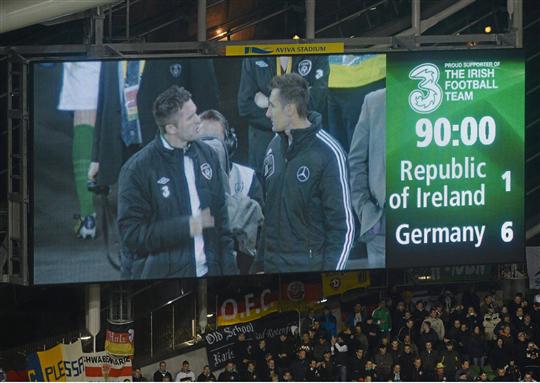 A steady start to World Cup Qualification is derailed by a 6-1 trashing at home to Germany. Wins against the Faroe Islands and Poland are either side of a defeat to Greece, consecutive draws with Sweden and Austria in qualifying see Ireland fall in the rankings.

The Welsh resurgence is put on hold as they follow their previous two defeats with three further losses but against higher ranked opposition in Bosnia and Herzegovina, Belgium and a 6-1 drubbing away to Serbia.

A 1-1 draw in a friendly with England is followed by a 4-0 win over Georgia and a 3-0 victory over the Faroe Islands. But Ireland lose to Spain five days later and drop 4 places in the rankings.

Wales do the double over Scotland in their qualifying group and have a friendly win over Austria. Despite losing twice to highly-ranked Croatia the Welsh are two places behind the declining Irish.

A 0-0 friendly draw with the Welsh is followed by three consecutive qualifying defeats to Sweden, Austria and Germany meaning Ireland won't qualify for the 2014 World Cup in Brazil. Wins over minnows Kazakhstan and Latvia aren't enough to halt Ireland's slide down the rankings.

Wales win over Macedonia is their solitary win out of the next five games. A credible 1-1 draw with Belgium softens the fall and they now lie ahead of Ireland. 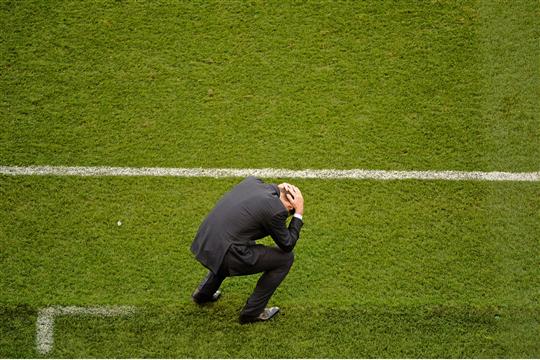 A lack of football from failing to achieve World Cup qualification leaves Ireland languishing. 3 draws and 3 losses in friendly matches drop Ireland to an all-time low of 70th position.

A 3-1 friendly win over Iceland is followed by a 2-0 defeat to the Netherlands but Wales begin their ascension. 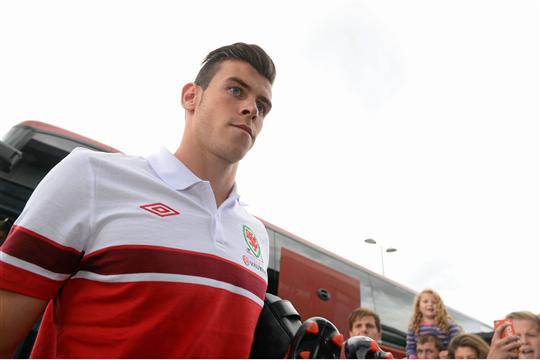 Brief rises for both countries are followed by drops. After a steady start to qualifying with two wins against Georgia and Gibraltar, Ireland rise to 61st but their only victory in the next four is a 4-1 friendly win over the United States. Ireland finish March ranked 66th.

After a brief high of 34th, Wales are now in 37th position, 29 places ahead of Ireland. They're competitive in Euro 2016 qualifying as Gareth Bale inspires the Welsh to victories over Andorra and Cyprus. They also play out two stalemates with Belgium and Bosnia-Herzegovina. 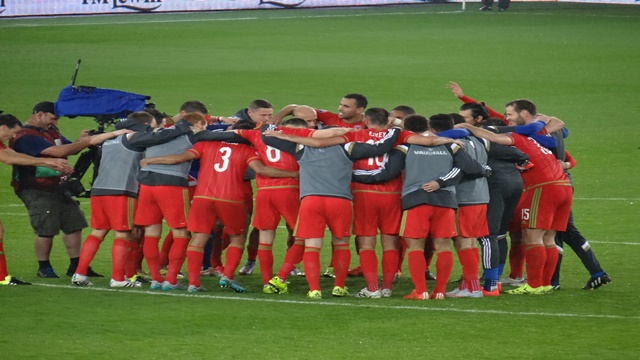 Ireland draw three in a row against the higher-ranked opposition of Poland, England and Scotland. Ireland's loss away to Scotland is their only defeat in 9 in all competitions, but their opening wins in qualifying remain their only two. 52nd is The Boys in Green's highest ranking in almost two years.

Wales reach the highest position in their history after a comprehensive 3-0 victory away to Israel is followed by a 1-0 home success over second-placed in the rankings Belgium. Wales lie top of their group and are subsequently seeded in Pot 1 of qualifying for the 2018 World Cup in Russia.