We made a discovery here at Balls HQ recently. A mindblowing discovery. You remember the famous Six Degrees of Kevin Bacon game that swept civilisation around the beginning of the century? (It basically said that you could find a trail to any actor and Kevin Bacon via six different actors.)

Well we realised the same rule can be applied to Louth's finest Ian Harte. That's right, Ian Harte, whose career featured stops at Leeds, Levante, Reading among others, could be linked to every professional footballer of recent memory by only six simple steps.

It's an easy but addictive game. Pick a footballer from recent memory and build a bridge to Ian Harte via club and international teammates. You'll be there in six steps or less. Trust us.

View the Six Degrees of Ian Harte chart below. 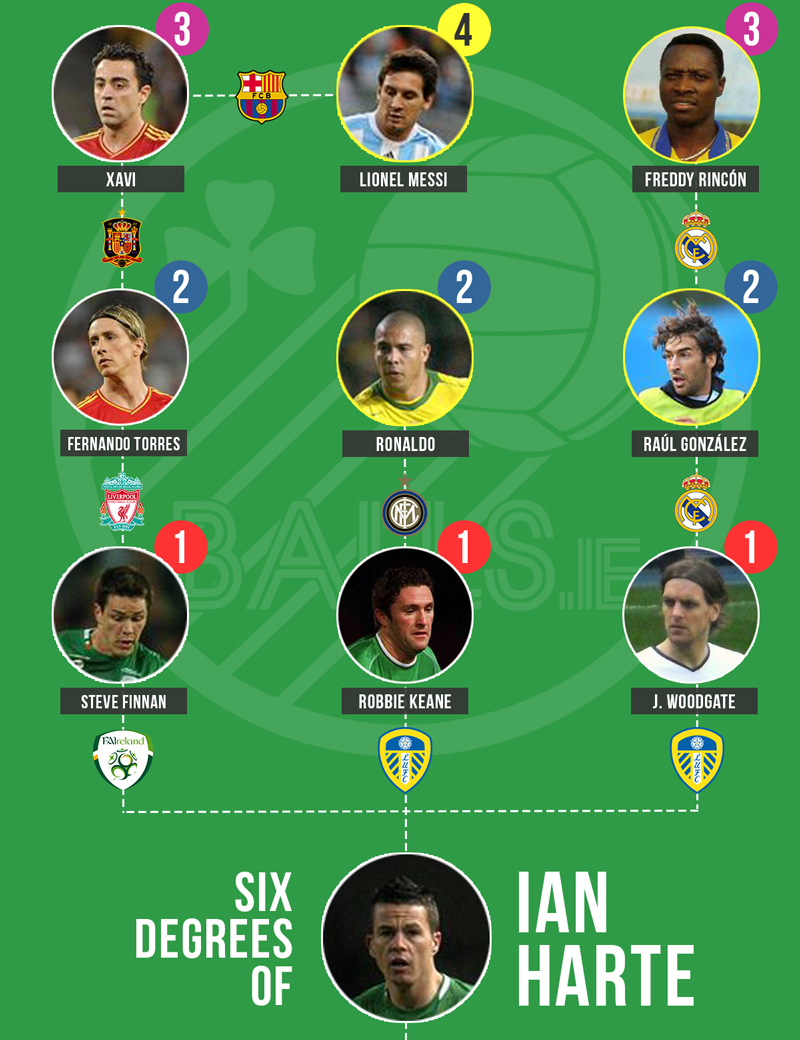 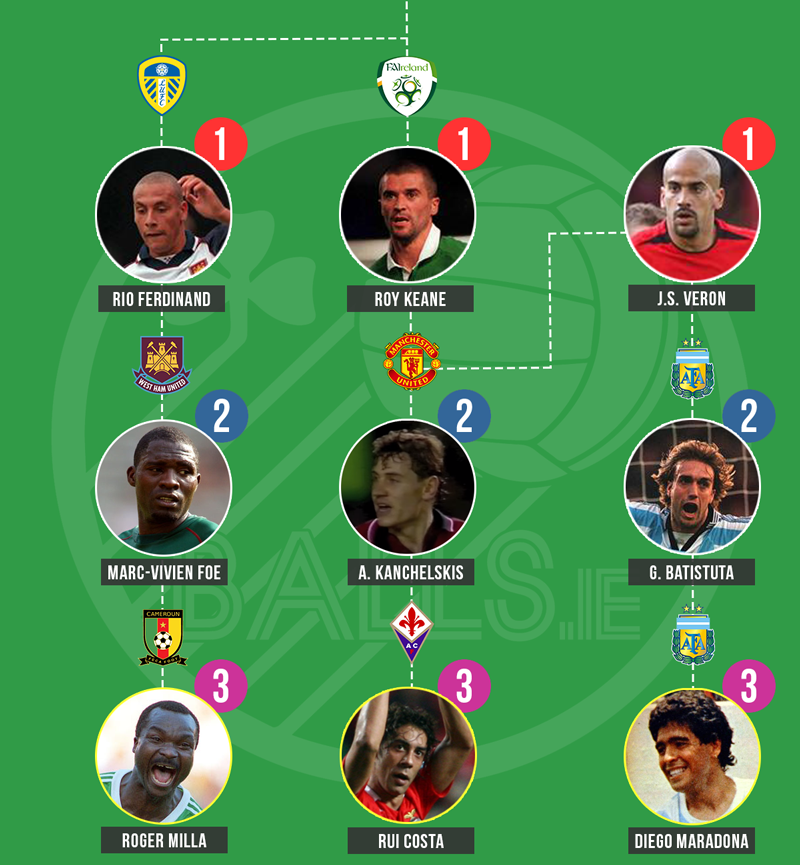 What of Cameroonian legend Roger Milla? Milla played with Cameroon with Marc-Vivien Foe at the '94 World Cup. Foe would be teammates with a young Rio Ferdinand in the '99-00 sesason, who was, of course, later teammates with Ian Harte at Leeds. Roger Milla and Ian Harte are only separated by three degrees.

Now let's try Rui Costa. The Portuguese midfield maestro's legendary career included a stop in Florence with Fiorentina. During the 1997-98 season, Fiorentina signed Andrei Konchelskis to play as a winger alongside Costa. Konchelskis had previously played with Manchester United, where he was teammates with Roy Keane, who was teammates with Ian Harte with Ireland. Rui Costa and Ian Harte are separated by only three degrees.

How about Freddie Rincon? Real Madrid signed the Colombian legend in 1995, where he was a teammate of a young Raul. Nearly 10 years later, English defender Jonathan Woodgate would join Raul at Madrid. Woodgate, of course, had been teammates with Ian Harte at Leeds. Freddie Rincon and Ian Harte are only separated by only three degrees.

Or Diego Maradona? He was in the '94 Argentina World Cup squad along with Gabriel Batistuta. Batistuta would also play in an Argentina squad with Seba Veron. Veron played with Roy Keane at Man U who has played with Ian Harte for Ireland. Maradona and Ian Harte are separated by four degrees

We can go on. You start to hit the properly obscure footballers around the fifth and sixth degree. We encourage you to try this. We have struggled to find a footballer who's played in the last 30 years who is not connected to Ian Harte by six or fewer degrees.

This all just proves that Ian Harte is the glue that bonds modern football.