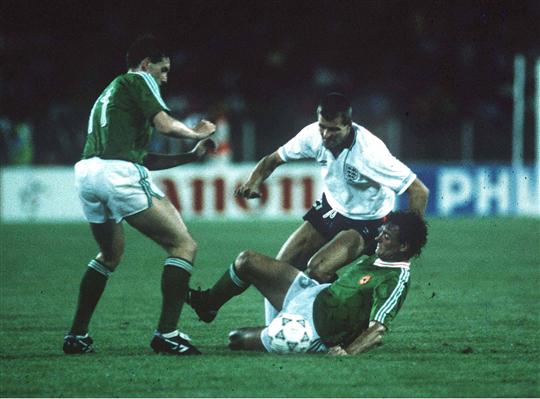 What a night it was. It was the beginning of something special in Italia 90 (we're assuming), and if you haven't seen the game or been following along, check out our liveblog of the game here.

While the people of Ireland were overjoyed with the result, the English media and fans on twitter weren't pleased with their lethargic display, with a number of young up and coming players taking to social media to show there disapproval.

Here's the best of the Italia 90 English Twitter Reaction:

Four-year-old James Milner kicks us off highlighting what a special occasion a World Cup is that a child that young is allowed to stay up past his bedtime on a school night: 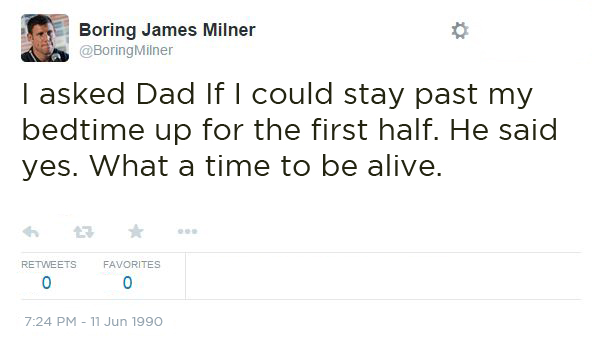 In case you forgot, here's the teams: 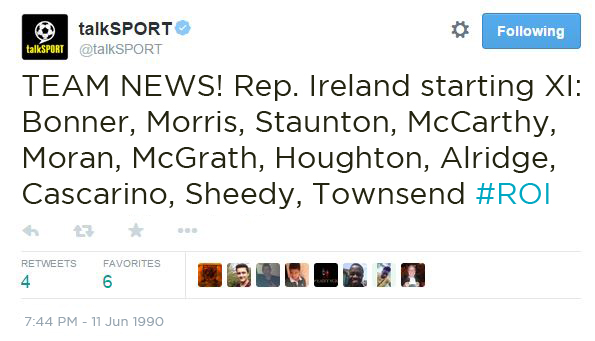 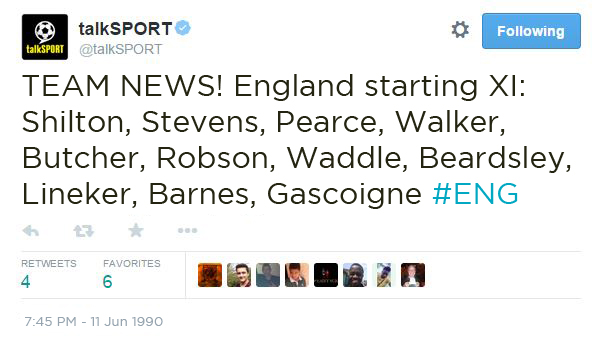 The game kicked off, and unfortunately Gary Lineker put England ahead after eight minutes: 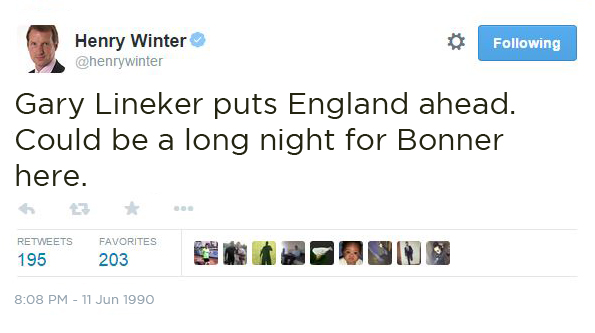 That puts Lineker closer to the top of the English goalscoring charts. Can he reach Bobby Charlton at 49? He's got 17 to go. Mountain. 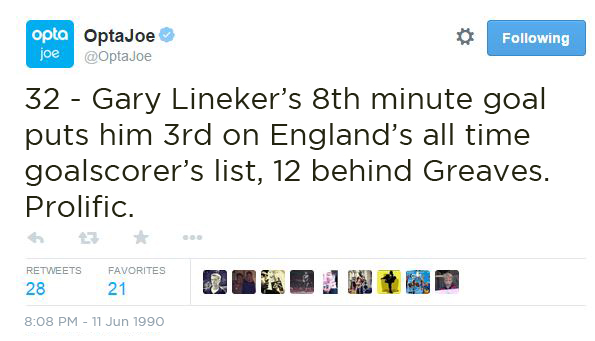 Young and upcoming Daily Telegraph journalist Henry Winter cracks a joke about Manchester United teenage phenom Ryan Wilson who has been starring for the English schoolboys. Wilson's mother, Lynne Giggs, must be so proud. 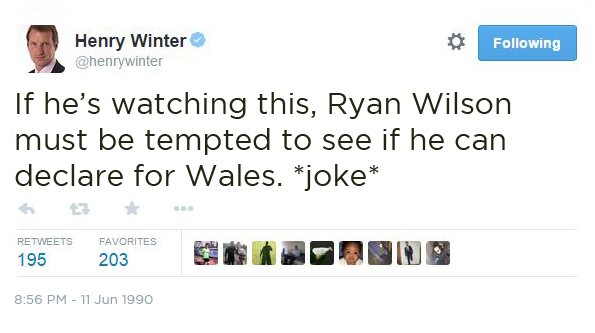 Chris Waddle goes down in the box, but the ref waves it away. The English aren't pleased:

Eight-year-old Liverpudlian Joseph Barton is among those giving out. Quite outspoken for a young lad isn't he? 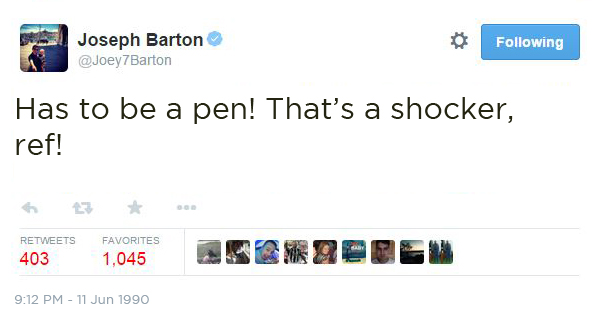 An odd moment as Lineker falls to the ground and starts rubbing himself on the ground. He's looking at his shorts and wiping his hands on the grass, what's going on? 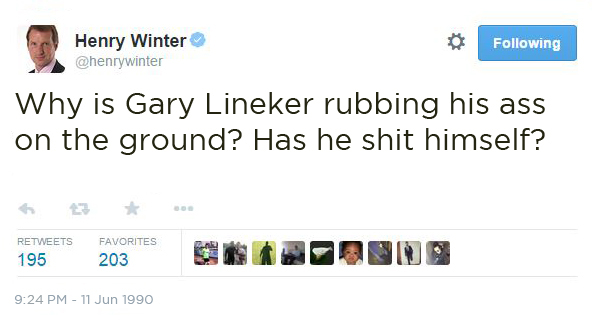 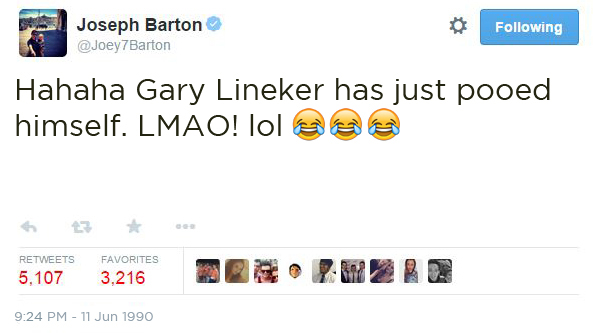 England are hanging on here, as Ireland are getting close to equalising. They need another goal:

And it's there! Kevin Sheedy goes down in history as scoring Ireland's first ever World Cup goal: 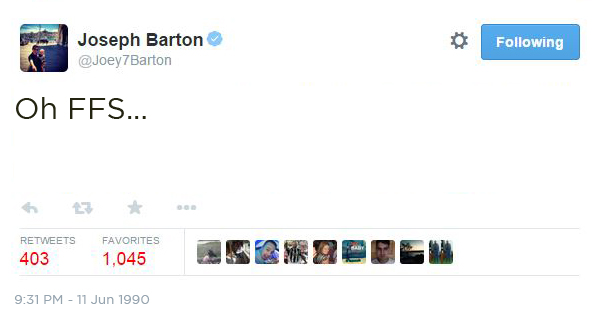 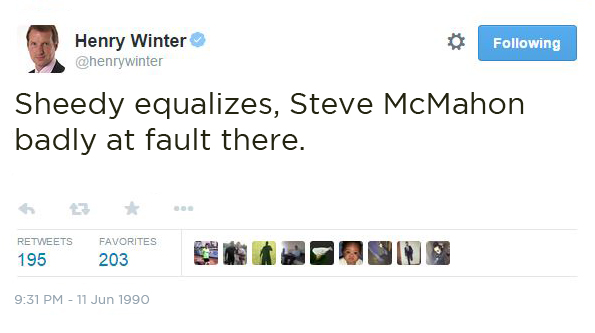 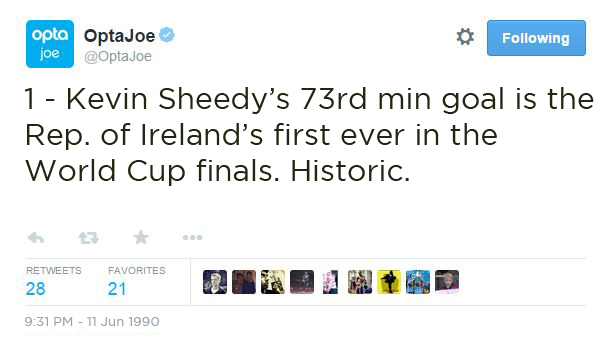 15-year-old Gary Neville has some interesting analysis. He might have a future in that. 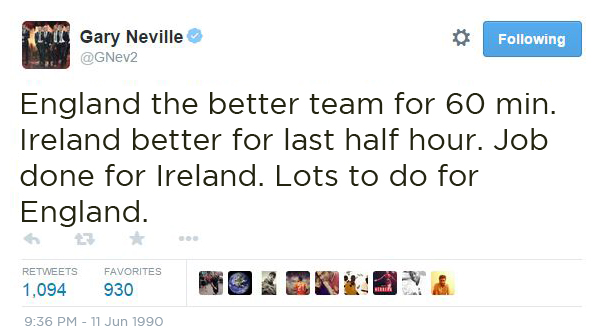 Recently released from Wolves, 19-year-old striker Stan Collymore seems to be moving into a career in media. He's not pleased with the performances of the English boys: 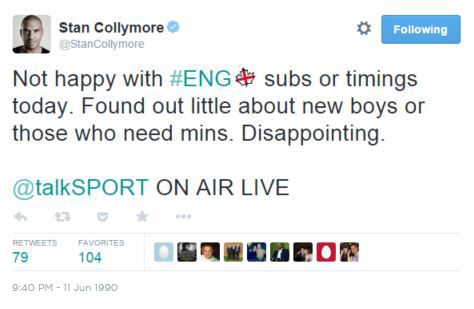 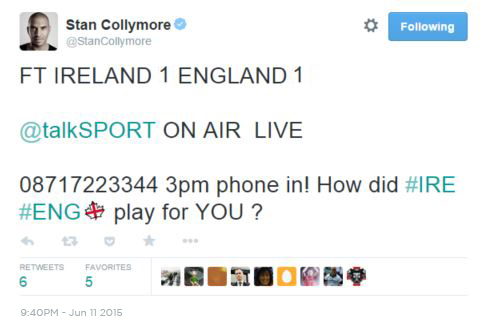 There's that talented Wilson again. This kid's dribbling is insane: 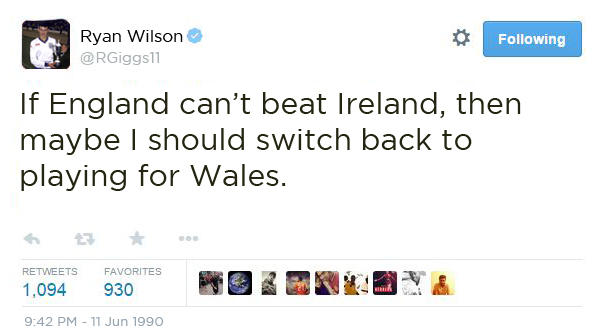 Fulltime, and Ireland have secured a historic result. 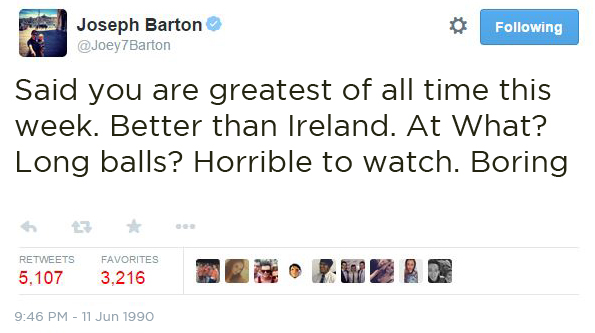 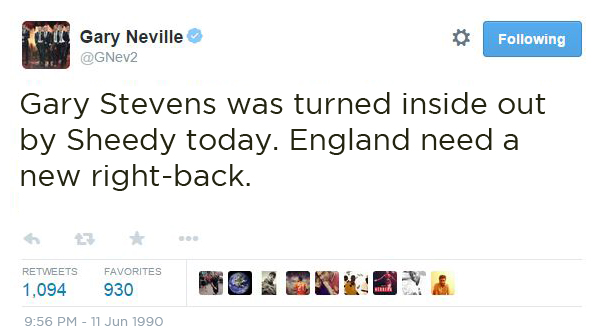 Life is surprising for four-year-olds isn't it? 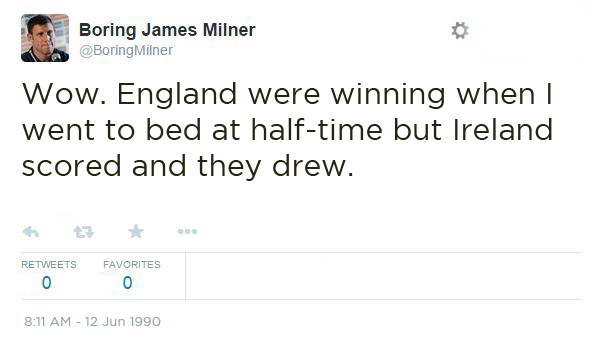 Premier League
7 hours ago
By Gary Connaughton
Watch: Aaron Connolly Scores A Beauty For First Goal Of The Season
39