Our 10 Favourite Things About The 2002 World Cup

Sparked by the Duffer's retirement, we're recalling the summer with which he will always be associated.

10. Damien Duff's reaction on first hearing of the dreaded 'DDD'

In the summer of 2002, Joe Duffy warned a crowd (comprised mostly of minors) at Phoenix Park of a deadly pandemic that was sweeping across Saudi Arabia, Cameroon, Germany and Spain.

In the giddy aftermath of the Saudi Arabia game, Liam Brady talked us through one chance in which Niall 'tried a little lob'.

The great Billo, leaning back, couldn't help but note that 'he's been trying that a lot lately'

Liam responded that 'I think he scored one for Sunderland and it's gone to his head'.

The year when all games were divided between Lansdowne Road and the Amsterdam Arena.

7. 'The invigilator told us' stories

The person writing this is rather smug about the whole thing. He was born in the second half of an odd year and thus was not in an exam year. He completed the last of his (irrelevant) summer exams the day before France played Senegal.

Others weren't so fortunate. Writing about Hamlet faffing about when he should have been getting on with the job of killing his mother's new husband wasn't the best way to spend a historic day for Irish football.

But it's all experience. The sheer volume of such stories over the years forms a common bond among the unfortunates.

6. The RTE montage with Feeder's 'Just A Day' feat the voices of George Hamilton and Jim Beglin

One of the few montages not to feature a Sigor Ros song, a Ludovico Einaudi composition. or Explosions in the Sky. Teenagers spent their June and the first half of July watching the World Cup and many spent the remainder of July just watching and re-watching this montage.

5. Mick McCarthy's sense that his backside was perched perilously near a bacon slicer

Everyone has been telling us all week what a big game it was. You want to try sitting in that dug-out when your backside's on the bacon slicer! 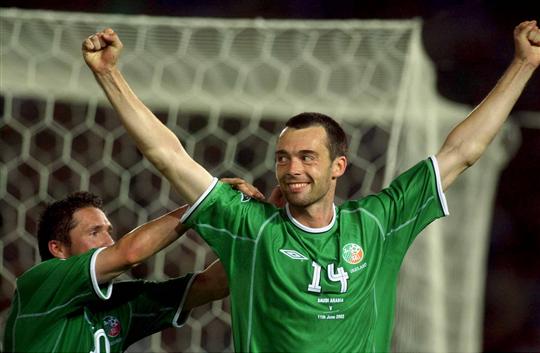 RTE's decision to send Eamon Dunphy home before the half-time of a Sunday afternoon game sparked a virtual civil war in Ireland. 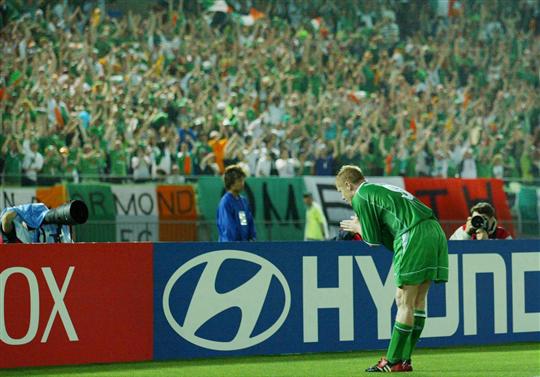 Davy Fitz's (not the Clare one) bosses wouldn't give him the day off to watch the Ireland-Germany game. With the ball in his court, he thought long and hard about his next move and made the right decision.

This is the kind of spirit and defiance that this nation needs.

@ballsdotie quit my job that morning because wouldn't let me off for it. Found myself down the pub at 10am, never felt better #WorldCup2002

Read more: WATCH: Remembering The Deadly Disease That Swept The World In 2002