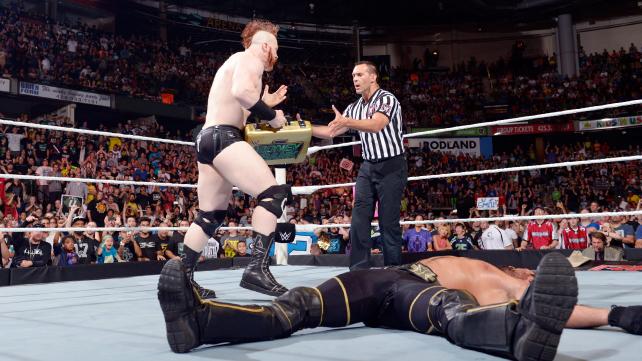 We are just days away from SummerSlam week and the SummerSlam Beach Party in Woolshed, and there are three nights in total planned that we hope you can spend with us to give yourself the Ultimate SummerSlam Experience. This week's 'Low Blows' sets you up for all of it: it begins on Sunday as we simulcast and live tweet a classic SummerSlam that Don decides on.

Then it moves onto 'Low Blows Live 4' and the SummerSlam Table Quiz the following Wednesday in Woolshed (which is free for SummerSlam Party ticketholders) - Don has a challenge for Rick with direct implications for both at the show and Maven is excited to find love in Blind Date. Plus Rick breaks down all you can expect at the Beach Party as we preview the entire week with an Honest Trailer. Also, Sheamus' cash-in fail on Raw, how wrestling nearly got Rick dumped, is Hulk Hogan going to prison, Roman Reigns is attacked by a fan, Scott Hall gets creepy on Twitter and much more!