Updated List Of Every Irish Athlete Qualified For 2016 Olympics

The 2016 Summer Olympics opening ceremony is only week away and qualification  in many sports has now finished. Here's how Team Ireland lines up. We have 77 athletes qualified, with only a handful waiting on late replacements to boost that considerable number.

To many, Track and Field is still the blue riband sport of the games. Ireland has only earned six medals with Ron Delaney's win in the 1,500m in 1956 being the last of our gold medal winners. We have qualified a team of 17.

The following have been named as reserves for Rio in the marathon; Gladys Ganiel, Barbara Sanchez, Sergiu Ciobanu, Sean Hehir. Ciobanu wasn't happy about the decision. It is likely Fionnuala McCormack will run the marathon and not the 10k. 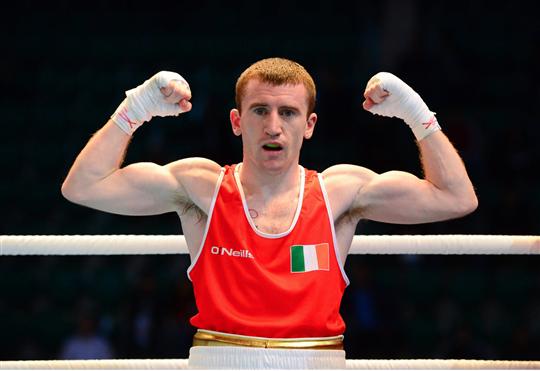 Of the 28 Olympic medals won by Ireland, 16 of them have been in boxing. 7 of them in the last 2 games! Boxing qualifying can be complicated but we 8 qualified through the WSB, AIPB, World Championships and European continental qualifiers.

The men's team achieved their goal through a combination of 10th place in the World Hockey League semi finals and a variety of continental qualifiers. Only this summer the lads won bronze at the European Championships so will head to Rio with no fear of the other 11 teams in the tournament.

Three Irish swimmer have qualified for the Olympics

Doyle qualified at the World University Games where she picked up 2 medals. Ryan qualified this year after transferring allegiance from the USA.

We have qualified 6 riders so far in 3 disciplines.

The Irish eventing team finished 6th in the 2014 World Equestrian Games which secured the team qualification. Aoife Clarke was top individual at that World Games, and also the 2012 Olympics, but she misses out. Camilla Spiers is listed as the first reserve. The 4 riders will compete as a team and as individuals

Our show jumping team missed on qualification in controversial fashion earlier last year. Bertram Allen qualified Ireland for a spot through his world ranking. Denis Lynch just missed out on the last quota available. Ireland is first reserve for any spots that open up. After a string of great results, Irish selector Robert Splaine picked Greg Broderick ahead of Allen for the Irish spot in June.

We have qualified 4 boats for the games so far through the 2014 and 2015 World Championships.

Murphy was close to a medal with her 4th placed finish in London. Seaton and McGovern won the prestigious Princess Sofia Regatta in early April and have to be considered medal contenders. James Espey qualified the Irish boat in Laser but he was beaten by Carlow's Finn Lynch in the 2016 Irish boat qualification campaign.

Lannigan-O'Keeffe sensationally won the 2015 European Championships gold medal and qualified with ease for Rio. With all bar 2 of the last 30 Olympic medal winners coming from Europe, that achievement cannot be overstated! Natalya Coyle, who finished 9th in London, was just outside the initial allocation but confirmed on twitter that she had earned a place in Rio.

Both  double sculls  teams qualified by finishing in the top 11 at the World Championships in August. The O'Donovan's has impressed this year winning European gold and finishing in 2nd and 4th in the opening World Cup regattas.  Sanita Puspure, who was our only rower in London in 2012, came through the final qualifier in second to book her second Olympic trip.

Road race (and time trial) qualifiers are done through UCI World Tour and Europe Tour ranks.  We didn't finish in the top 15 at World Tour ranking but qualified 2 through the UCI Europe tour. Dan Martin, who is targeting a medal, and Nicholas Roche have been selected.

On the track Shannon McCurley qualified to race the Kierin through the Olympic rankings. She finished 30th in the world rankings and that was enough to get her into the field.

Oliver Dingley's superb performance at the World Cup in February saw him qualify with ease for the Olympics. It was the young man's first competition for Ireland since switching allegiance following his Commonwealth games medal winning performance for England in 2014. He will be the first diver for Ireland since 1948.

Both qualified through their results at the Rio Test event in April. Behan returns for his second Olympics after making his debut in London. O'Reilly is the first Irish woman ever to qualify for the Olympics in gymnastics.

Evans qualified quite comfortably in the 29th spot.  Magee reached the quarter finals of the European Championship and this brought her into the 34th spot and on the way to Rio. It will be the third Olympics for both players. 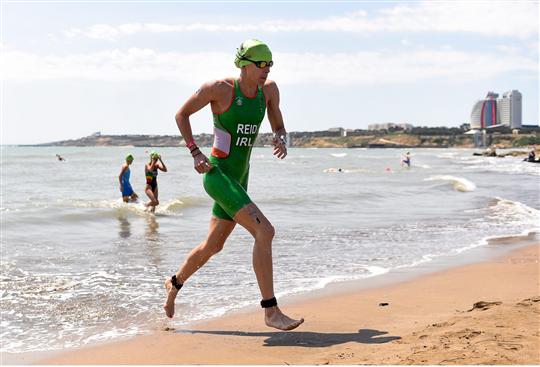 Reid qualified easily through the Olympic rankings with a series of excellent results earlier in the qualifying perioid. Keane was made work for his spot but 20th in the final rankings race in Yokohama was enough to secure him one of the last spots available. It's Reid's 2nd game but it will be Keane's first Olympic outing.

Golf qualification is based on the end of year World Rankings.  Ireland's top 3 ranked golfers,  Rory McIlroy, Shane Lowry and Graeme McDowell all pulled out. The next 3 are Padraig Harrington, Seamus Power and Paul Dunne with Harrington and Power both accepting their spots.

It's official...will be off to Rio next month to represent Ireland in the Olympics. Never dreamed it possible....can't wait! #Rio2016

In the women's tournament, Leona Maguire will be joined by Stephanie Meadow. Leona made the original cut with Stephanie getting called up when the Dutch team decided not to send their women golfers.

The first Irish are in action on Saturday, August 6th.

Article written by
John Dodge
See more from John Dodge
Football fan. Lover of sporting stats. All round nice guy. Balls.ie's so called 'League of Ireland' correspondent. 100% biased against your team
Popular on Balls
Football
8 hours ago
By Gary Connaughton
Brighton Have Received A Bid For Irish Defender Warren O'Hora
7