5 Times Irish Sport Embarrassed Itself While The World Was Watching

For such a small nation we have managed to make a pretty decent impact on the World, but having said that it is not often these days that we find its attentive gaze fixed solely upon us. Most recently it turned it's attention to us as we had the opportunity to become the first nation to legalise gay marriage by popular vote. In this instance we made headlines for all the right reasons across the globe and the country was filled with a huge sense of pride. But as the whole murky situation currently taking place between FIFA, John Delaney and €5 million has highlighted, that isn't always the case. In honour of this we have decided to put together a list of times the whole world was looking on and we didn't manage to cover ourselves in glory. 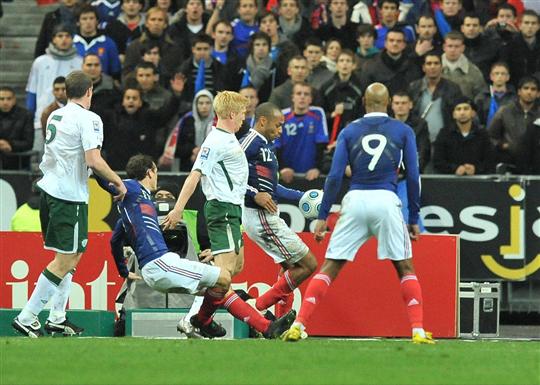 One that is fresh in the minds because of the controversial €5 million payment but let us not forget how truly embarassing it was at the time. Initially the world was quick to express it's sympathy to us as we had been robbed by a blatant bit of cheating. Sympathy began to wane eventually when it became apparent that we weren't going to "just get over it". Embarrassment reached nuclear levels when we made the unprecedented and bizarre request to be let into the World Cup as the 33rd entrant. Another embarrassing note is the title "Hand of Frog" that has been used to describe the whole incident.

It started when Michelle Smith became our most successful Olympian of all time winning 3 golds and 1 bronze in the pool at the 1996 Olympics. Rumours began to fly regarding her sudden improvement at this late stage of her career, started by a US swimmer whom Smith's success had seen end her Olympic dreams. These allegations prompted the US media to take a very negative view of Smith. The allegations never went away and things took an embarrassing turn in 1998 when Smith received a ban for tampering with a urine sample. 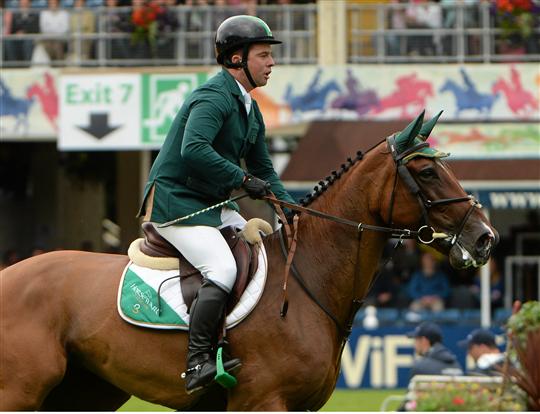 We had to wait until 2004 in Athens until our next Gold medal, which came through the success of Cian O'Connor who won the individual jumping. Unfortunately that success didn't last very long as he had his medal was revoked when it was found that his horse, Waterford Crystal, had banned substances in its system during the games. However the FEI said it was satisfied that Cian O'Connor was not involved in a deliberate attempt to influence the performance of the horse. Now that's embarrassing, when you can't even stop our animals from taking performance enhancing drugs.

Not to be confused with Niall Horan, who can be found feuding with Welsh rugby players on twitter when he isn't busy lighting up the dreams of teenage girls. Father Neil Horan is the lunatic who appeared on the track of the British Grand Prix in Silverstone in 2003 with a banner informing people "Read the Bible. The Bible is always right." After managing to avoid death in that instance he would later show up in front of a global audience at the 2004 Athens Olympics. He showed up during the Men's Marathon race holding a placard around the 35km mark. He pushed Vanderlei de Lima, who was leading the race at the time, into the crowd before being subdued by a spectator. De Lima ended up finishing third after the incident and God only knows how unbelievably pissed off he was afterwards. This is easily one of the most unsound thing an Irish person has ever done. So much so that, every time I think about it, I want to meet the poor Brazilian runner and inform them that we're not all a bunch of pricks.

The entire nation was filled with high hopes prior to the World Cup where Ireland were expected to do very well and quite possibly (a very outside chance) win it. Well without going too far into it again, things didn't quite work out that way. When given our chance to shine in the third most watched sporting event on the planet. The above clip sums up exactly how the whole campaign went and you can really hear the embarrassment in Stuart "Barnsey" Barnes' voice. 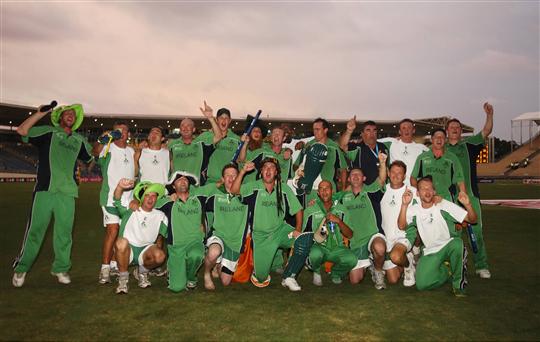 Not sure this one counts exactly but it is definitely a situation where the World took notice of us and for some reason we weren't able to feel 100% comfortable about it. Having pulled off one of the biggest shocks in the history of cricket the nations interest hit an all time high. We were delighted to finally get one over on the Pakastani powerhouses but it all took a sinister turn within 24 hours when Pakistan's coach Bob Woolmer was found dead in his hotel room. Allegations of murder were thrown around and in typical Irish fashion we couldn't help but feel ever so slightly responsible. It's one thing hopping on a bandwagon but had our new found love of cricket led to the death of another man? Despite the macabre suggestions it has been ruled a case of natural causes but the whole thing left what should have been a momentous occasion tinged with sombreness.