'I love him'. That was surely the moment it turned into some kind of self-effacing parody. Eamon Dunphy's championing of Wes Hoolahan has threatened to turn farcical over the past couple of qualifiers and it finally hit fever pitch before kick-off on Saturday. At least it seemed like that would be fever pitch.

The fact that Martin O'Neill had the temerity to take the Norwich man off when we were in dire need of a goal was the spark that was needed to send Dunphy into hyperbolic overdrive. In the absence of Aidan McGeady (who was genuinely missed), Hoolahan was the only player who even threatened to create a chance via the decidedly foreign method of passing the ball on the ground. However, O'Neill's decision to take off Hoolahan in the 73rd minute was not as horrifying as has been suggested.

As tends to happen, Hoolahan's performance on Saturday was decidedly patchy. Many will say that's as a direct result of the style of football employed by O'Neill but, save for that through ball to Daryl Murphy that should have resulted in a goal, Hoolahan's influence on the game was waning.

The primary criticism of the substitution was that there would be no one to offer the service that Robbie Keane thrives on, but to be fair to O'Neill, the LA Galaxy man was not brought on to play on the shoulder of the last man. He took up similar pockets of space that Hoolahan was occupying but simply wasn't able to make it happen. 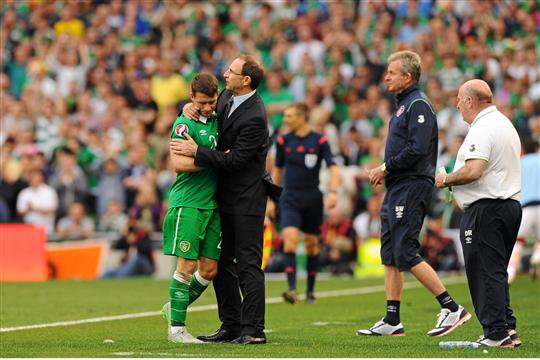 It was the obvious change for O'Neill to make at that point. Whelan had already been sacrificed for McClean and Scotland had, for the most part, succeeded in nullifying Hoolahan's threat. Keane could have offered something different as a number ten while maintaining the threat of Murphy, and then Long, alongside him.

However, as soon as the number 20 went up on the board, the knives were out for the Ireland manager. O'Neill's reign has not been good enough and at times you have to wonder if his heart is really in it but the belief that he is somehow preventing Hoolahan from leading Ireland to glory just isn't true.

The fact that Norwich manager Alex Neil chose to start Hoolahan from the bench in the play-off semi-final against Ipswich in Portman Road was not a slight against the attacker. Instead, it was simply an acknowledgement that football sometimes requires different tools for different jobs. It's not negativity, it's pragmatism.

However, the Hoolahan situation is nonetheless indicative of everything that's wrong in Irish football. It's just not O'Neill's fault. Not entirely anyway. The Dubliner is a good footballer but he's not the saviour and even if he was in his mid-twenties he still wouldn't be the saviour. 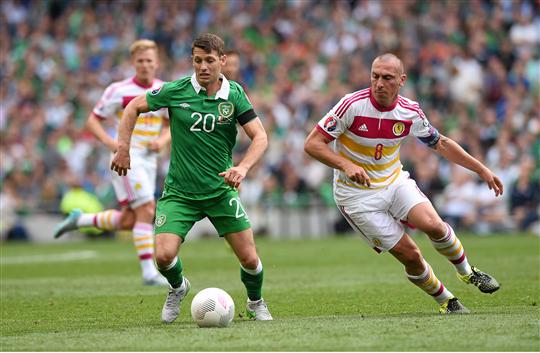 For an awful long time we've been completely bereft of someone willing to float between the lines and make things happen from the middle. A lot of admiration has been held in reserve by Ireland fans and now it's all being directed towards the closest thing we have to a top-class playmaker. It's a sorry state of affairs that has been years in the making.

However, the funny thing is, Hoolahan is the epitome of what Ireland football could/should be.

The developmental make-up of every Irish player since 1986:

Whether we admit it or not, at lot of the Weso love stems from the fact that he did things the way they should be done. He came up through a Dublin 'feeder' club, went to Shelbourne, made his debut in the League of Ireland and moved to the UK when he was matured as a footballer and a human being.

This is purely conjecture but, from statistics alone, it's quite likely that Hoolahan would have been lost to the system had he left Belvedere for Everton rather than Shelbourne. The issue here is the shameful hand-washing which the FAI plays in the development of talented Irish players when they reach 15/16 years of age.

We've looked at these stats before in the guise of a national identity argument but it seems even more necessary to bring them up now.

Since Jack Charlton's first game in charge in 1986, 177 players have lined out for Ireland. So, assuming that playing for your country is an indication of a successful career, where have Ireland's successful footballers been produced? We've looked at every one of these players and noted where they were brought up (in footballing as well as personal terms) and where they made there senior debut.

With that said, we wanted to find out what is the most successful formula for Irish internationals. In other words, where they had their formative years in relation to where they were playing when they made their debut. 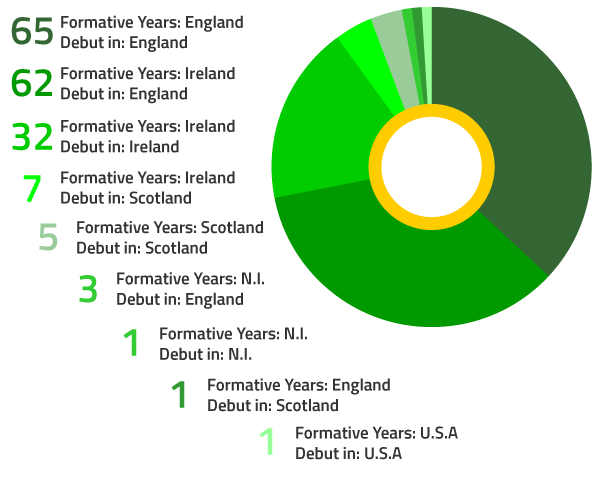 The most apparent statistic is the England/England prevalence but there's nothing wrong with that in itself. The primary problem with these stats is that the 'formative years in Ireland, debut in England' should be much higher than it is.

Yet, as the likes of Hoolahan and Coleman show, staying in Ireland (if the talent is there) can lead to a much more assured progression to first team football and subsequently to the international scene. However, that's not to say that's the only avenue we should be focusing on. 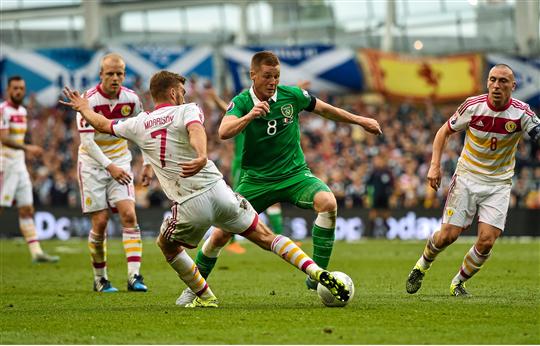 Take James McCarthy and Aiden McGeady for example. Two key players for Ireland, and rightly so, but also perhaps the two most regularly criticised members of Martin O'Neill's squad. Their critics may say that it is purely to do with performances, but it's simply not. The creative spark that McGeady provides is invaluable. Yes he can be frustrating at times but many of his critics are also the one's that champion Hoolahan's unshackled desire to take the road less travelled. McGeady's desire to do similar is greeted with a lot less acceptance.

So what's the difference between Hoolahan and McGeady? It may not be the case for all of the Everton winger's critics but, for many, the true answer to that is his accent.

If Irish players born abroad want to play for Ireland then that's a positive development. If that happens, with Jack Grealish for example, all well and good.

However, the FAI have a decision to make and they need to make it now. Do we continue along the granny-ruling path as a necessity or do we primarily develop players in an Irish system and be accommodating should anyone from outside that system choose to play for us?

The English system of clubs taking the sole responsibility for developing players is obviously broken but there are aspects of it which we can learn from. The best underage clubs in this country have no discernible senior teams and, as such, they have no desire to keep players in the country. We need to transform the underage set-ups of League of Ireland clubs so that talented players want to play there and subsequently stay there.

The FAI will point to a lack of funds but ideally there would be an FAI controlled development officer with each League of Ireland club whose sole responsibility is to entice players to stay within an Irish system. Many might say that this is unrealistic but a start has to be made somewhere.

At the moment the clubs are working independently and they simply don't have anything like the resources needed to entice players away from choosing England. The FAI may say that they don't have the money but if this issue isn't at the very top of the Association's list of priorities then there is something seriously wrong.

Research conducted via FAI and SoccerScene.