What Time Is Ireland Vs Wales Actually Kicking Off?

What time is Ireland vs Wales?

Ireland have only one more hurdle to navigate to ensure a Championship showdown with England on the final weekend of the Six Nations, but it is quite a daunting prospect: Wales, in Cardiff.

Since the Five Nations expanded to include Italy, Ireland have played Wales eight times in Cardiff, and have won five times: a 36-6 victory in 2001; a narrow, one-point win two years later; a 19-9 victory on the opening day of the 2007 championship, after which Ryle Nugent memorably pronounced that Ireland maintained their unbeaten record; THAT Grand Slam-sealing game in 2009; and 2013's 30-22 victory, beguiled by Simon Zebo's outrageous flick. This game, however, will have the added novelty of bonus points added to the mix. 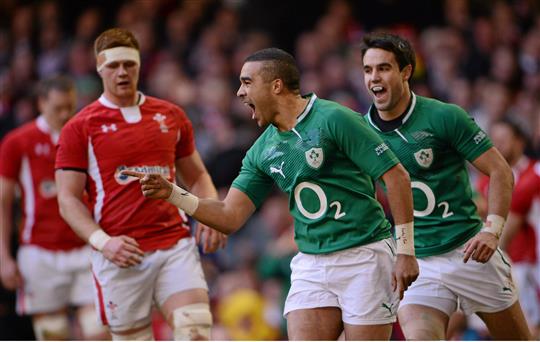 The revolutions in the 2017 iteration of rugby's historic competition straying beyond the introduction of bonus points, however:
The kick-off times in this year's Six Nations have been a wee bit askew. No longer do games loyally stick by kick-offs on the hour or half-hour mark: we've had games kick off at 2.25 and 4.50 this year, so it can be frustratingly difficult to keep track of the kick-off times of each game. So we're here to help.

What time is Ireland vs Wales?

Rob Kearney is Ireland's biggest doubt: should he miss out, Jared Payne may return at full-back: that, or a major re-jig that could see Garry Ringrose drop out, Simon Zebo move to 15, and either Andrew Trimble or Craig Gilroy assuming Zebo's position on the wing.

Will the roof be closed?

That's undecided. Wales requested that the roof be closed for all of their Six Nations home games, but the opposing side must agree: England vetoed the decision minutes before the 48-hour headline, so Joe Schmidt and Ireland have some thinking to do on that.

Which TV channels is it on?

As you'd expect, it is on RTE: although it will be their last trip to Cardiff for a while, as they cede the rights to TV3 from next season. And if you don't fancy the Irish coverage: it's live on BBC1, where we are expecting Paul O'Connell to make an appearance.

See Also: Watch: Wild Finish To NRL Game Sees One Of The Most Freakish Tries Ever Scored

Article written by
Gavin Cooney
See more from Gavin Cooney
Changed the spelling of his name upon pressure from Michael Owen.
Popular on Balls
Football
19 hours ago
By PJ Browne
'He Deserved To Wear The Armband Today. Jason Is A Fantastic Player'
Football
14 hours ago
By Gary Connaughton
Roy Keane Feels Liverpool Have Lost Their Spark After United Stalemate
GAA
22 hours ago
By PJ Browne
Subtle Change Helped Turn Gearóid Hegarty Into Hurler Of The Year Contender
Football
21 hours ago
By Gary Connaughton
Mourinho Caught On Camera Asking Bale If He Wants To Go Back To Madrid