WWE Have Deleted Hulk Hogan From Existence - Is Something Big About To Drop?

In the space of just a few hours last night Hulk Hogan went from still being a pretty big part of the WWE to having no reference to his existence whatsoever. Not even in their list of hall of fame members.

Why? Rumours are that something is about to surface which, to put mildly, will not be showing Hogan in a good light.

For instance, on the WWE.com superstars website, this page: 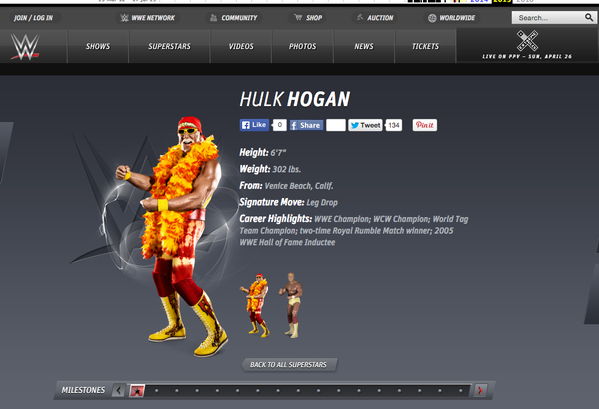 Now leads to this:

They've also removed all Hogan merchandise from their online store and they have taken him off the list of Tough Enough cast, a show he had been appearing on as a guest judge. WWE superstar Curtis Axel has also reportedly dropped his Axelmania gimmick, which was a play on Hogan's old character.

In what could be a response to all this, or what could just be Hogan being Hogan, he has posted this tweet.

In the storm I release control,God and his Universe will sail me where he wants me to be,one love. HH

If reports are to be believed then there's a controversial audio recording of Hogan coming and it mustn't be pretty.