Is AEW A Real Alternative To The WWE?

In early 2018, former WWE wrestler Cody Rhodes and indie favourites the Young Bucks announced an independent wrestling event to take place later that year in the Sears Centre Arena in a Chicago suburb. The event, All In, took place on 1st September 2018. A few months later, plans were announced for a new wrestling promotion. All-Elite Wrestling was founded on 1 January 2019.

Some fans have compared the new promotion to the second coming of World Championship Wrestling, meaning it is likely to challenge the WWE's hold on pro-wrestling. However, AEW stars, such as Kenny Omega, have frequently said they don't want to be compared to the sports entertainment giant. AEW Executive Vice President Cody Rhodes said he wishes for AEW to simply be an alternative to the WWE. But is it too ambitious to think AEW might reach the same heights as the WWE? Or possibly go beyond that?

In collaboration with WarnerMedia, AEW launched the weekly television programme Dynamite last October, which is available to watch on ITV4 at 11.00pm every Friday. While it has only been airing for about eight months, Dynamite has frequently beaten WWE's weekly show NXT in ratings. As a result, WarnerMedia have rewarded the show with a broadcast extension through 2023. There have also been reports that a second AEW show is in the works.

A lot of the promotion's quick success comes down to empowering the wrestler with creative freedom, something that hasn't been the case in other promotions in the wrestling sphere. Speaking to WhatCulture, AEW wrestler and ex-WWE superstar, Chris Jericho, expressed how organisers weren't as open-minded in the WWE.

“I did something last night, that I came up with at 6 o’clock that night. The show starts at 8, and in WWE, there’s no way that would happen. It would have to go through 10 heads of stage to get approvals and blah blah blah.

I had the idea, I told Tony Khan my idea, and 10 minutes later we’re doing it. That’s what being creative is all about. There’s no time limit on being creative."

Tony Khan is founder, co-owner, CEO and president of AEW. He is also the co-owner of the Jacksonville Jaguars and Fulham FC. He oversees the promotion while Rhodes, Omega and the Young Bucks - wrestlers Nick and Matt Jackson - serve as executive vice presidents.

AEW has succeeded in enticing talent from its biggest rival to transfer over. Veteran commentator, Jim Ross, made the switch from WWE to AEW in 2019. He told Forbes that the promotion's focus on narrative has been the key to its early success.

"Storytelling is the steak," he said. "The whistles and bells - the pyro, the graphics, the technical things - that’s the sizzle. It’s all about the steak." 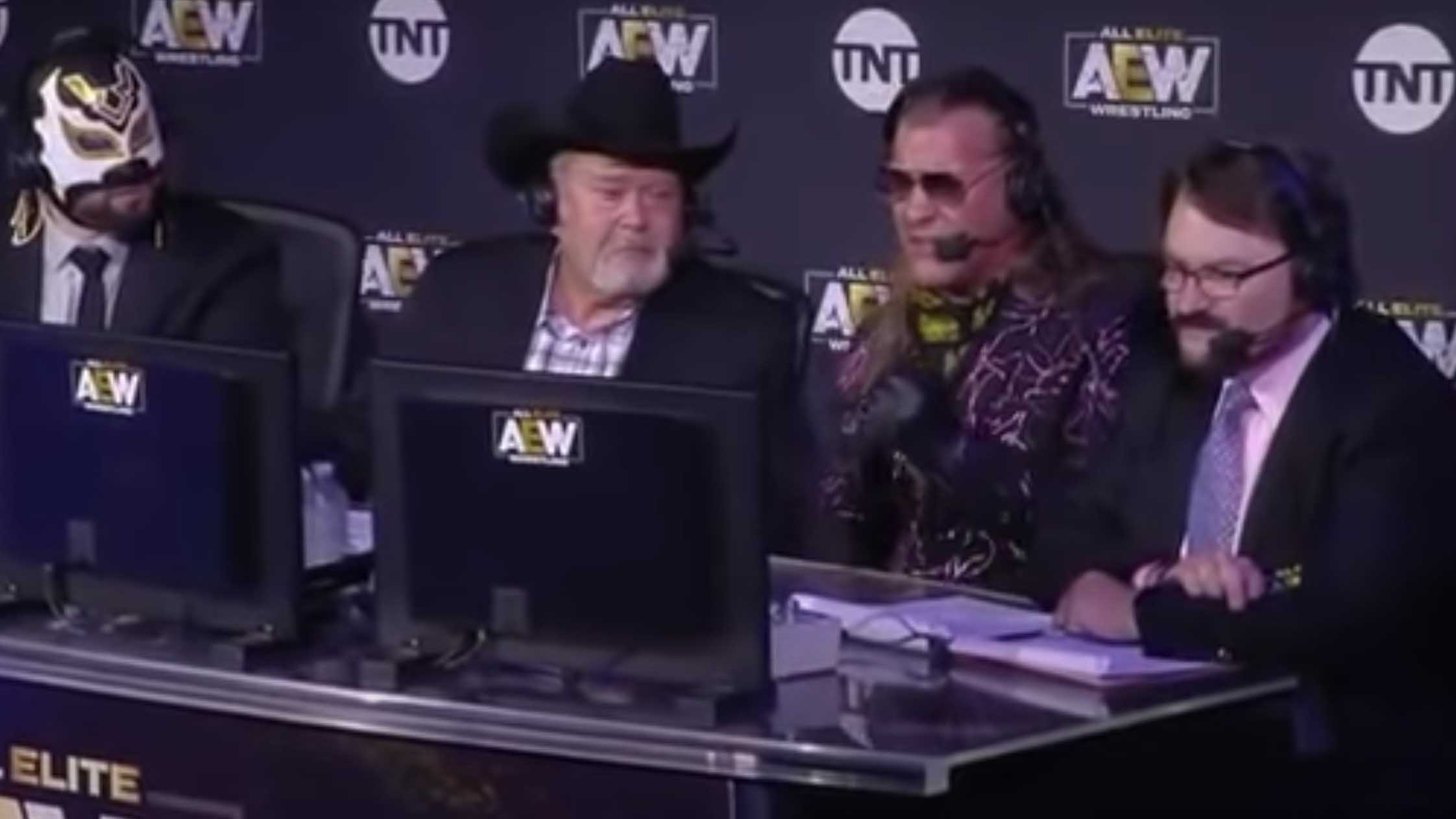 Chris Jericho didn't expect AEW to be such a huge player in the wrestling game so soon. He agrees that storytelling has been a crucial element.

"I didn’t anticipate it would get so big so quickly," he said. "I knew we had a chance to become a huge entity in pro-wrestling. It all happened basically in a few months. I just like being able to tell these stories, like wow, we have total freedom in AEW to entertain, and give people a viable option, an alternative to WWE.”

Although Monday Night Raw and Friday Night Smackdown remain top of the weekly pro-wrestling ratings list, AEW Dynamite has repeatedly beaten WWE NXT in the "Wednesday Night War". Last week, Dynamite drew an average viewership of 772,000. This was up from 677,000 the previous week. This put them at no. 8 in the top 150 original cable telecasts among 18-49 year olds. In comparison, NXT drew a viewership of 746,000.

Despite these positive figures, AEW is certainly struggling with some shortcomings in comparison to its counterpart. AEW has received criticism about its lack of star-power overall, particularly in its women's division, with complaints of subpar booking and a general lack of high-profile performers. This can partly be put down to the promotion still technically being its infancy.

AEW has also been accused of relying heavily on former WWE wrestlers to draw in a crowd. Its biggest stars, such as Jon Moxley, Rhodes and Jericho, are former WWE performers and there has been an over-reliance on these wrestlers. While this was necessary to gain traction early on, it's important for the promotion to strike a balance between using famous faces for global exposure and developing the promotion's homegrown talent.

It will be a lengthy process for AEW to amend these issues and develop its homegrown talent into household names. Who knows, maybe someday AEW stars Adam Page and MJF will be talked about in the same conversations as John Cena and Randy Orton.

Despite several AEW stars declaring that the promotion shouldn't be compared to WWE, this comparison is inevitable and is something they will have to get used to. Will AEW be the number one wrestling promotion some day? It's early days. At the moment, the WWE is a giant compared to the new kid on the block. It is by far the biggest promotion in the game and will be for the foreseeable future.

But there's something exciting about AEW that wrestling fans have not seen in a long time. They are doing things differently and it will be interesting to see where their story goes. There is already talk of an AEW video-game. The start-up promotion has a few issues to iron out but its impact on the wrestling circuit going forward shouldn't be underestimated.

AEW Dynamite is available to watch in Ireland every Friday at 11.00pm on ITV4. The promotion will also host Fyter Fest, a pay-per-view event, on 1 & 8 July.