As NFL fans throughout the globe eagerly anticipate this week's Super Bowl between the Cincinnati Bengals and LA Rams, there wasn't a whole lot of competitive action to keep them entertained over the weekend.

Well, we did have the Pro Bowl.

In theory, the Pro Bowl sounds great. It selects the best players from each conference and faces them off against each other in an all star game.

The format works well in other sports, but the nature of American football makes this one a bit of a damp squib. With players just wanting to avoid injury, there is very little tackling or intensity in the game, the very things that make the sport so great.

As a result, it can be a difficult watch at times. In saying that, the players seem to enjoy it even if they don't take it all that seriously.

Spare a thought for the punters. A bit of an odd position at the best of times, they are a complete afterthought in this game as the coaches just tend to go for it on the occasions that we do see a fourth down.

This led to one of the all-time great interviews from AJ Cole during the game. The Las Vegas Raiders punter didn't have a whole lot to do during the first three quarters, but he didn't seem to mind.

It's been a great first couple of quarters, it's probably my favourite stat line that I've ever had. I've had zero punts, three holds, and two halftime hot dogs.

I'm out there holding, that's where the grass stain came from. You've got to really rub it in, that way the other guys on the team know that you're out on the field. Otherwise it kind of goes under the radar.

I just want everybody to know that I was actually out on the field. I don't have a whole lot of proof of it, I'm not on the stat sheet per se, but I was out there scrapping with everybody else...

It's actually the first thing coach Vrabel said to me. He said 'we're not going to punt this week, so don't get your hopes up'.

I said 'telling me we're not going to punt is getting my hopes up' so you flipped the script there.

For what it's worth, Cole's AFC team would win the game on a scoreline of 41-35. They can presumably thank him for that.

SEE ALSO: 4 Reasons Why Joe Burrow Is The Next NFL Superstar 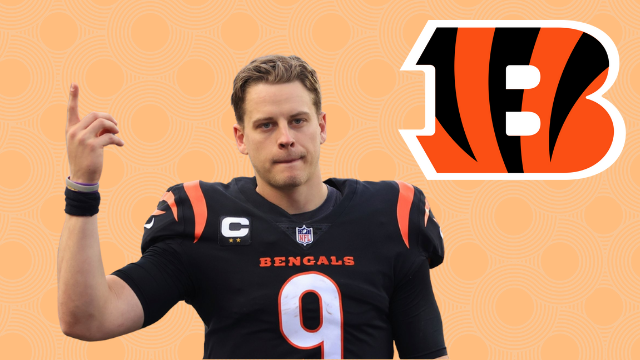