Alex Lee was the sole Irish athlete in action on Day four of the World Para Athletics Championships as he competed in the Heats of the T64 100 metres.

Alex, who is competing in his first ever World Championships, produced a good performance to finish in sixth place in his heat with a time of 12.10, just outside his personal best.

This was Lee’s second appearance at the World Para Athletics Championships in Dubai following his 200m heat on Friday evening. Just like then, it was an agonising affair for Alex who finished just 0.2 off his best time for the event.

This was a quality field for Alex to compete in. It included European record holder, Felix Streng from Germany. It was Streng that lived up to the billing as he led the field home with a dominant performance in a time of 10.99, his season’s best. Michail Seitis of Greece and Nick Rogers from the USA secured the other two automatic qualification spots in second and third respectively. 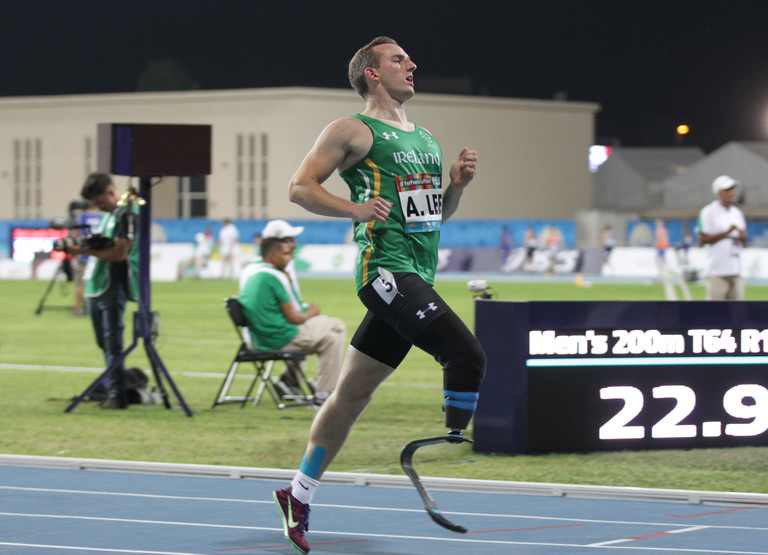 This brought an end to Lee's debut championships but he was upbeat afterwards.

"The whole experience has been brilliant, the lead up, the last six weeks," said Lee.

"I’ve been looking forward to it, it’s been exciting, it’s something that if you told me at the start of the year I’d be doing, I would have said ‘you’re joking’ so just to be here is absolutely brilliant."

He is also determined to use his experience to continue his improvements.

"The plan now is to go back, take two weeks off and then start looking towards next year then and see if I can get those PB’s down, I want to knock 0.2, 0.3 off both of them and I know I’m capable of it, I know what I need to do."

Other Sports
2 weeks ago
By PJ Browne
How Well Do You Remember 2019? Take The Giant Balls Quiz Of The Year
3

Other Sports
2 weeks ago
By PJ Browne
How Well Do You Remember 2019? Take The Giant Balls Quiz Of The Year
Olympics
4 weeks ago
By Balls Team
Sport Ireland Guarantees 12-Months Funding For Pregnant Athletes
Other Sports
1 month ago
By Balls Team
Nominees Announced For RTÉ Young Sportsperson Of The Year
Popular on Balls
Rugby
16 hours ago
By Maurice Brosnan
Saracens Salary Cap Scandal Escalates With Threat Of Relegation
1