Mageean, who has just come off a block of altitude training, ran the early laps conservatively while keeping in contention before putting in a blistering last 100m to close from fifth to third.

The race was won by Jessica Hull of Australia in 4:04.14 with Germany’s Konstanze Klosterhalfen second in 4:04.38. 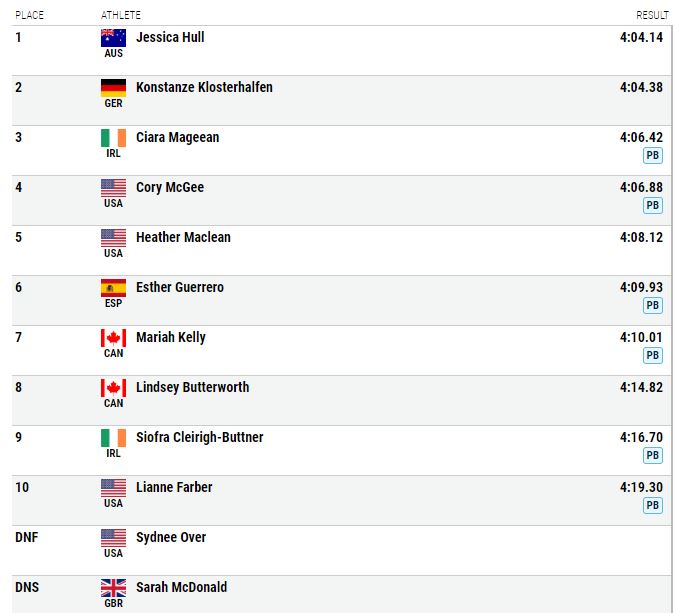 Mageean will next race at the Athlone International Grand Prix on 12th February, followed the World Athletics Indoor Tour in Madrid on the 21st of February. She will complete her indoor season at the Irish Life Health National Track and Field Championships at the end of February.

The Portaferry athlete told journalist Cathal Dennehy that she will not be competing at the World Indoor Championships in Nanjing in March.

Here's @ciaramageean's reaction to her lifetime best indoors over 1500 in Boston, finishing third in 4:06.42 - also featuring a giant poster of Ciara Mageean pic.twitter.com/yRhWdAtCxP