McCormack Bemused By Decision To Move Olympic Marathon Out Of Tokyo

In late October, the International Olympic Committee confirmed that the marathon and walking events at this summer's Olympic Games will take place 500 miles north of Tokyo in Sapporo. The rationale being that the summer heat in the host city will be too extreme and akin to the conditions which athletes endured at last year's World Championships in Doha.

That is an explanation which Fionnuala McCormack doesn't buy.

"It's a bit of a strange decision," McCormack said on Tuesday as she was unveiled as a KIA Race Series ambassador.

"I don't even know still why they did it. Is it just because they ended up with too many people in Tokyo and they just decided that they needed move of us? I don't think they've moved the other endurance sports that are outside to possibly nicer temperatures or whatever.

"Marathon running is so big in Japan, you kind of feel a bit for the people of Tokyo who are basically going to hand their city over to the world for a couple of weeks and the event they're most interested in is shipped off 800 miles away. It doesn't seem very fair."

McCormack's marathon place in Japan is all but sealed, though, she's not counting her chickens until the Irish team is selected in May.

In Chicago last year, she ran an Olympic qualifying time. Her 2:26.47 is the second fastest marathon ever by an Irish woman.

Should she travel, it will be her fourth Games. She ran the marathon in Rio four years ago, the 5000m and 10000m in London, and the 3000m steeplechase in Beijing. 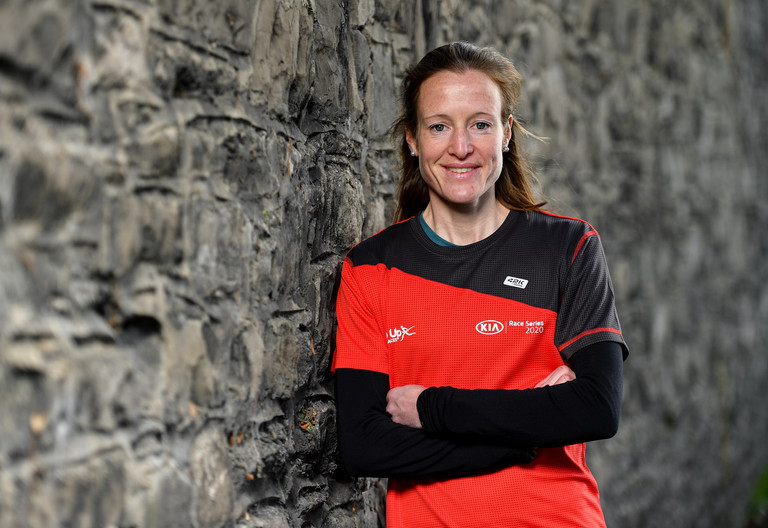 Olympian Fionnuala McCormack has been announced as ambassador for the 2020 KIA Race Series. Now in it's third year, the series is organised by Pop Up Races and includes seven races nationwide. Photo by Sam Barnes/Sportsfile

That previous experience tempers a feeling that with her event being moved out of Tokyo, she will miss out on what creates the real Olympic feeling: the athletes' village and the stadium.

"That's the thing that's most impressive: you go into the food hall and could be sitting down beside rowers or you're queuing up and this basketball player's arm reaches over you," she said.

"It's seeing all the different sports, different body types, different ages. Having all those people at the highest level of their sport in one place at the same time is kind of cool.

"The fact that the village is insulated, there's no media, there's no families, you do have the feeling that what happens in here stays in here. That to me would be the Olympic experience.

"That and then going to the events especially the track because everyone wants to go to the track; all the other sports want to go to the track. When you're in athletics and you have your own accreditation to go the track and everyone else is looking for tickets, it's like, 'Oh, [this is great]'. The track is special. Just being able to go in the evening, once your event is over.

"I'm lucky enough that I have been in Olympic villages before. It probably wouldn't be something that I'd be missing out on as much as people going to their first Olympics. It would be a bit tough."