The 32-year-old Derryman claimed gold in the T13 100m final in a championship record of 10.54 ahead of Australia's Chad Perris in second and Namibia's Johannes Nambala in third.

The run was just 0.08 outside his own world record and 0.03 slower than his season's best.

Smyth's gold is Ireland's second medal of the championships. On Tuesday, Cork woman Niamh McCarthy claimed bronze in the F41 discus throwing 29.70m as she finished behind Morocco's Youssra Karim in second and winner Raoua Tlili of Tunisia. 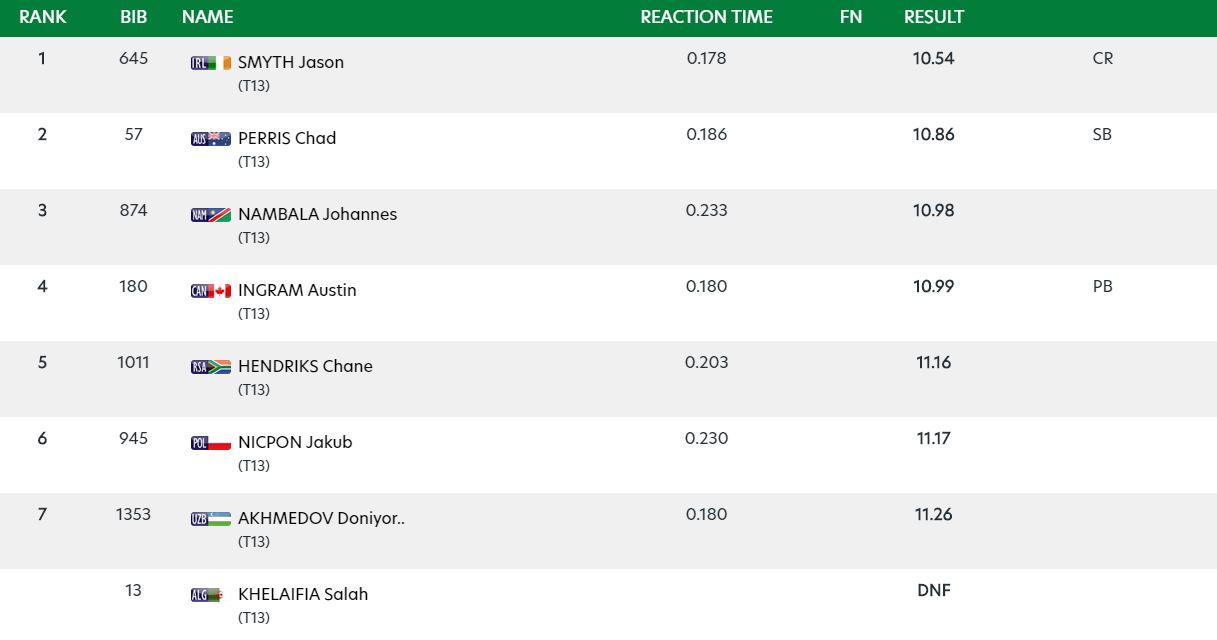