Thomas Barr Knows Now Is The Time To Fulfil His Potential

"Thanks very much. It's been a long time coming!" jokes Thomas Barr when congratulated on his 200m personal best at the Cork City Sports earlier this month.

The Waterford man wasn't so much a fish out of water as one in unfamiliar territory, more used to there being few more obstacles in his path.

Barr ran 21.16, finishing sixth and someway behind Marcus Lawler who crossed the line in 20:40 to become the second fastest Irishman ever over the distance.

"I had a great spectator view of the race; I was way back, I was way out of my depth in that 200m.

For a 400m hurdler who had been working on his speed, it was a sign an objective had been achieved.

The year has been a slow burner for the 26-year-old but one which now looks ready to ignite at just the right moment. The European Championships take place in Berlin next month and Barr is edging towards the form which will have him in medal contention - he's currently ranked fifth in Europe this season. Today, he runs in the 400m hurdles final at the National Championships looking for his eighth consecutive title.

"I just couldn't find my rhythm. I was moving fast over the first 200m but then dying in the last 200m. I just couldn't nail it, I couldn't get the rhythm right. I didn't feel it myself.

"I just said to my coaches in the week leading up to Lucerne that I didn't feel right."

The advice from his coaches, Hayley and Drew Harrison, was simple: run tall, run relaxed, finish strong. Basically, run the type of race which saw him finish just outside the medals at the last Olympics.

It worked too. He ran a season's best of 49.10 and took the win against a strong field in Lucerne three weeks ago. That was a race where Irish fans must have thought, 'That's the Thomas Barr we know' as he moved from fifth coming into the home straight to crossing to the line in first.

I felt like I was back to normal. It was a massive confidence boost just to know that I had that kick again.

In previous races, I was starting to feel really tired, really lethargic coming down that home straight and I was like, 'This is not me. There's something wrong here'.

It's nice to be back to my old self - the trademark Thomas Barr.

The season so far has been one of his most consistent ever in training. Injuries have been absent meaning he's run double the number of races he has in previous years where little niggles held him back. 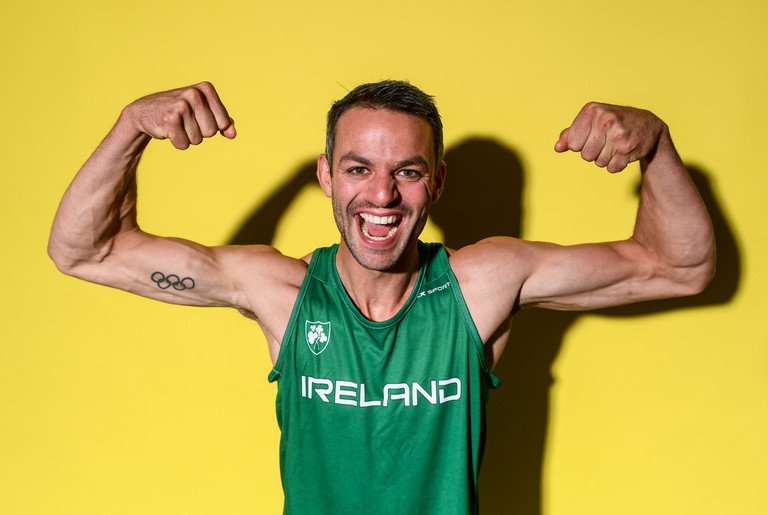 Exactly what was hampering his running earlier in the year has also been ascertained.

I think what it was that we were putting a lot of emphasis on speed and what was happening with that I was shortening down my stride length. I was trying to put too much effort in.

Then when I eased, I was still running quick but it was taking far less effort out of me.

That was the key. We worked that one out.

Nearly two years on since the best run of his life - 47.97 in the Olympic final - Barr has been unable to replicate that form. There have been mitigating circumstances. Mainly, picking up a virus at last year's World Championships in London which forced him to pull out at the semi-final stage.

In those two years, the 400m hurdles has become an even more competitive event. Earlier this month, 22-year-old Qatari, Abderrahman Samba, ran faster than anyone has in 26 years, clocking 46.98 at the Diamond League meeting in Paris to become just the second man ever to run under 47 seconds. Only Kevin Young's world record of 46.78, achieved at the Barcelona Olympics, is quicker.

The good news: Barr feels in far better shape now than he did the same period of time out from Rio. Now is the time for him to start fulfilling the potential we all saw at those Olympics - he knows it too. A podium finish is the aim in Berlin.

"If I was to win a medal this year, it would be hard fought - it's not a soft year.

"I want to be challenging for a medal. I've been promising it long enough."