Another Irish Star Set To Join Conor McKenna In Essendon

It's not the news that Armagh fans will have wanted to hear, but it looks like one of their young stars could be off to join Tyrone's Conor McKenna at the Essendon Bombers in Melbourne.

20 year-old Ross McQuillan, son of former Armagh player Martin, has made appearances for Kieran McGeeney's senior side in McKenna Cup and League games over the last two years and is seen as a key member of the exciting crop of young Armagh players coming through.

However, it is reported by the official AFL website, that McQuillan is on the verge of signing in Australia, with Essendon in the driver's seat for his signature, in part due to the progress of McKenna in recent years. 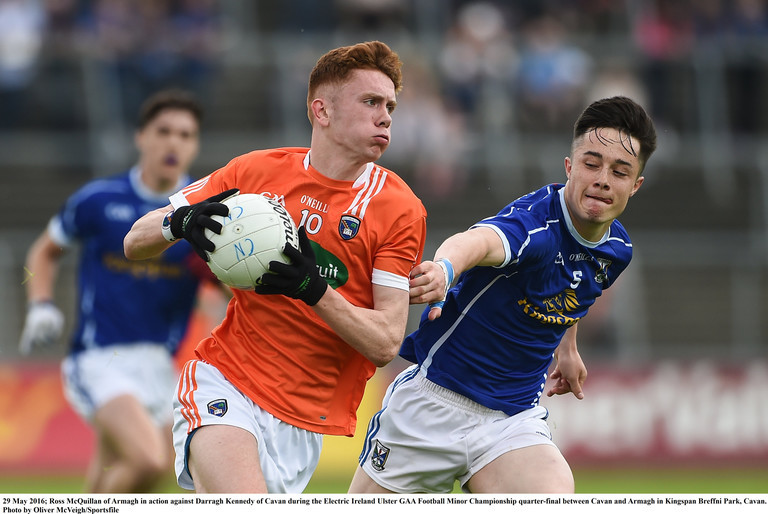 McQuillan, who was named on the EirGrid U20 Team of the Year in 2018, was the stand out star of the AFL combine in UCD last winter, and was invited to take part in the AFL Academy back in April, along with Ronan Devereux of Wexford, Peadar Mogan of Donegal and Luke Towey of Sligo.

The Richmond Tigers are also interested in sigining McQuillen.

While this is obviously a brilliant chance for a young man to go and live life as a professional athlete, the news of his imminent departure will be a blow to Kieran McGeeney and Armagh as they look to build a new, young team around the likes of Rian O'Neill, Jarly Óg Burns, and McQuillan.

The Armagh man will be the 8th Irish player signed by Australian clubs in 2019 alone.