It started with a visitor to his school. The past pupil back to talk to students. A former Kerry footballer, royalty in the outskirts of Tralee.

Stefan Okunbor knew nothing of Australian Rules until he heard Tommy Walsh speak about it. The man who helped Kerry to an All-Ireland in 2009 and left for the Syndey Swans shortly after. Living the life of a professional athlete, the young Kerryman liked the sound of that.

Until then Gaelic football had been a staple diet. But that insight into the daily life of an AFL pro and all that goes into competing at that level was appealing nevertheless. A nugget tucked away in the back of his mind to be revisited later in life.

Throughout his childhood Gaelic football was the only game. Okunbor treated it as such. Initial flirtations with soccer fell by the wayside in favour of the local pursuit. They knew it too around the parish of Killeen. It was the regular sight, the boy and his ball. 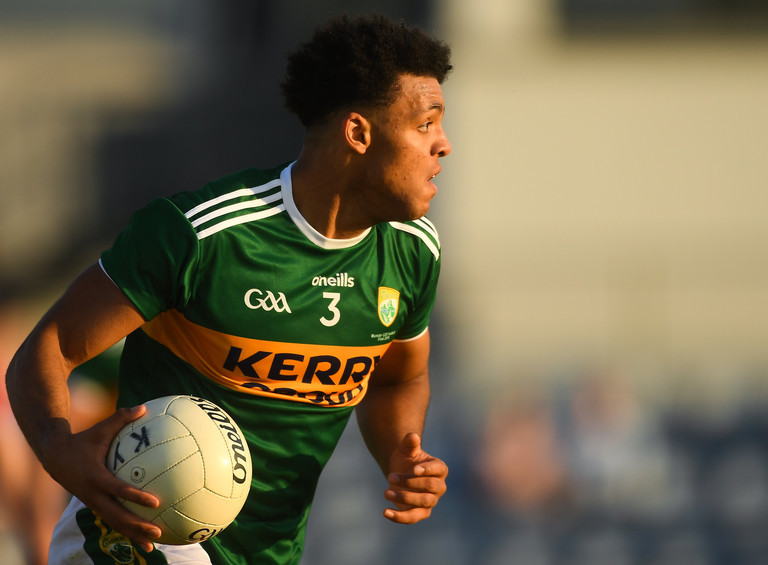 A target of making the Kerry minors was set and met. Peter Keane's outfit were in the midst of their very own drive for five and in 2016 Okunbor was a part of that. But just a part. He was on the fringes of the team. A squad player rather than a star.

"I got very little of a run. I wasn't starting," Okunbor tells Balls.ie.

I wasn’t what Peter Keane wanted I suppose. They went on to win an All-Ireland so it obviously... they were a strong team with great players.

I reckon that drove me on to the next year and for me to work on my skills. Kicking, decision-making, everything really. I was determined to break in to the U20s which worked out in the end.

One step back, two steps forward. It would become a familiar tale. Before he moved beyond minor he did leave one lasting impression. The 2016 All-Ireland final saw Keane's outfit take on Galway. Okunbor had to wait until the final minute of extra time, 66 on the clock before he saw some game time. One flash was all it took.

"I came on in Croke Park for the final and got on the ball so I just ran through the middle. That was the moment Tadhg Kennelly said, 'right. We’ll give this lad a trial.' They got on to me after that."

So it was that the teen set off for the European combine with the blessing of Kennelly, the Official Talent Coordinator for the AFL.

Five clubs came sniffing around Okunbor and his fellow Irish prospects. A few nibbles, no bites. The Australian adventure over before it even started. 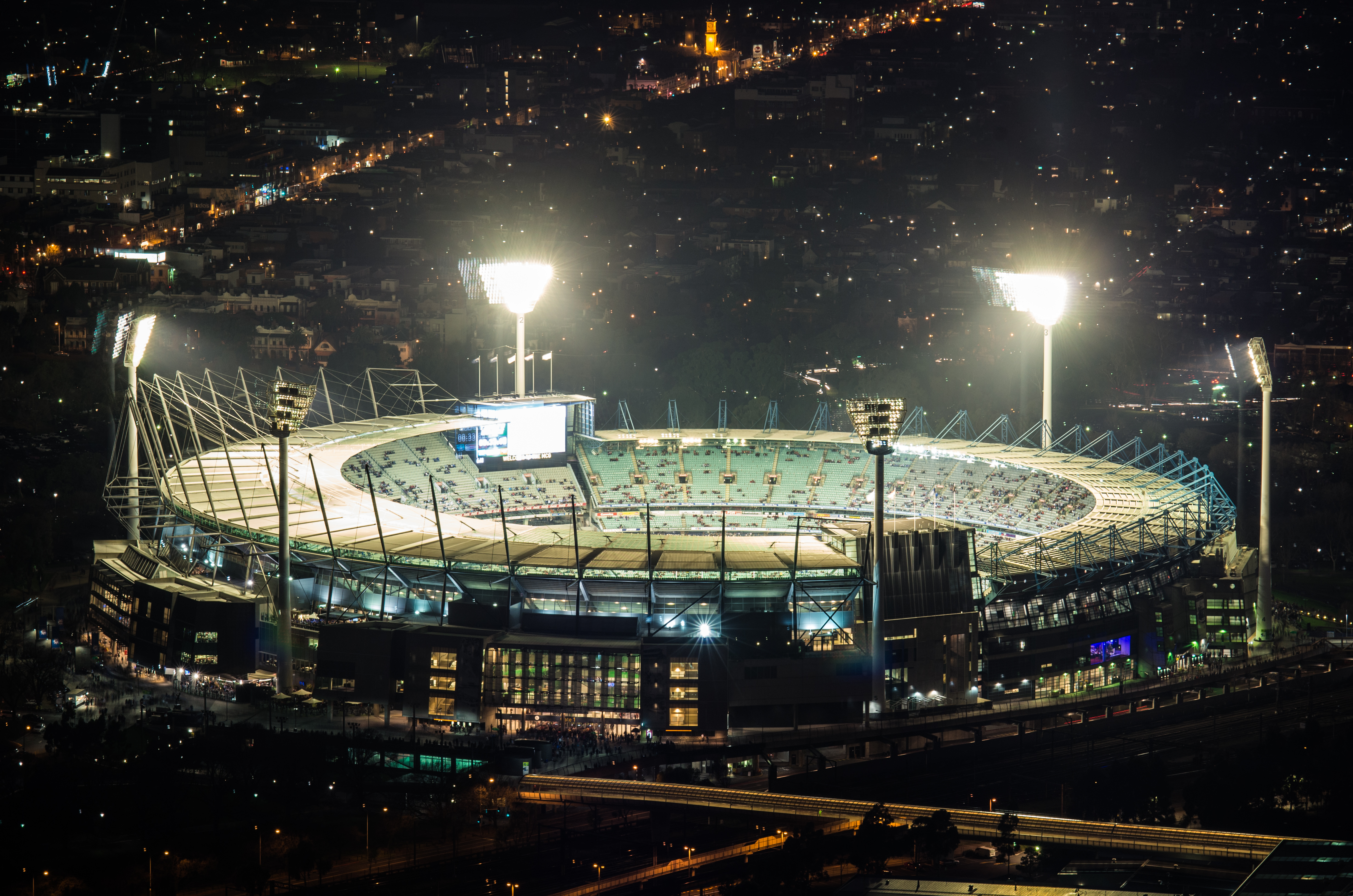 "I didn’t get any contract and I was still waiting for someone to tap me on the shoulder to say ‘mate, what are you doing here?’ Then I got invited to the combine and still didn’t get picked up. Cillian McDaid, from Galway, did.

"When I came back, to be fully honest, I had my tail between my legs. Just disappointed. Angry. Sad. Jealous, in a way.

"At the end of the day, I am only human. I went across the world to try to get a contract and it didn’t happen. Nothing comes easy I guess."

So Okunbor did what a Kerryman does. He threw himself into Gaelic football. At the same time, his eyes slowly opened up to the bigger picture. There is a measure and maturity about the Na Gaeil club man. Sophistication that could be mistaken for reservation.

The long days of a ball and a wall wouldn't last forever so he decided to make them count, all the while acknowledging the world beyond the white lines as well.

After that setback, I decided I’d concentrate on Gaelic football. I said I’ll bite the lemon and I wanted to play for my county. So at first I got a bag of balls, went on jogs on my own and it paid off I guess. I got a gig in the Kerry U20s at full-back under Jack O'Connor.

Everyone got around me when I came back. They were so supportive. My local coaches came to talk to me and put everything into perspective. There’s more to this. There's friends. College. Work. Club and county football. Balance. 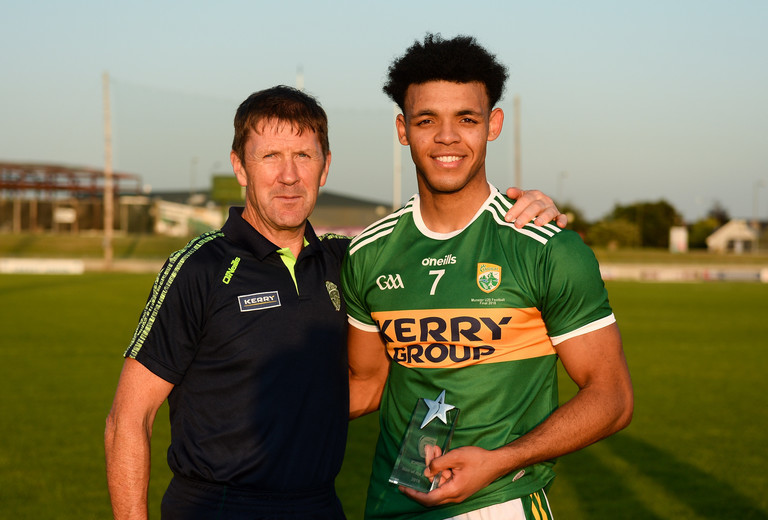 The end result? Munster U20 Player of the Year. Earmarked as the long-awaited solution to Kerry's full-back problem. Entry to an engineering degree. Progress.

Geelong noticed too. The three-time AFL champions came calling after Kerry exited the U20 championship at the All-Ireland final stage. This time it was the real deal. A contract on the table, a well-deserved chance.

A new sport and once again Okunbor invested heavily to get to grips with it. Change how you think. Change how you train. Change how you recover. Minute details, right down to his running technique. Then he encountered a roadblock in the form of a minor groin injury. Soon it developed to become osteitis pubis. Two weeks on the sideline became over two months.

It proved tough to take.

I found it very tough mentally. Extremely tough. I was out for the first half of the season and it was pretty isolating. You roll in the same time as everyone but they’d go out and train and you’d stay in and hop on the bike. It’s really gruesome.

"My parents came out and that took my mind off things," he explains. But the club took helpful measures too.

Geelong have player development managers to assist with matters away from the field. A football and life balance is the goal. When Okunbor left Kerry he left a college course behind him. So one of the first things the club did was arrange for him to complete a business diploma.

"You want to progress outside of football as well. It puts your mind at ease and gives you something else to think about. When I was injured especially, to have a business diploma to turn to was a huge help."

Rumour has it Stefan Okunbor has never missed a leg day? #StandProud #WeAreGeelong

Funds have been offered for further study and that's a path he will pursue in due course. But there's work to be done on the field right now also and priorities lie there.

The initial hitch has been overcome and he's now on a run of games in the VFL. What's more, he has his fellow Irishmen to thank for it.

"It was tough at the start. It can be quite overwhelming, you leave your comfort zone and you’ve been introduced to a new bunch of players. I’m very grateful for the other Irish lads, Mark O’Connor and Zach Tuohy. They’ve helped me massively with the transition.

"We don’t do this at home, but here we record training sessions and each player has his own stats coach who makes edits. Every kick you do at training, every handling, every run you make is recorded and you watch it back.

"They have cameramen come in and pull you aside to record kicking action. There could be two or three cameras on you. They record your kicking and bring you into a room after to say, 'right. Your ball drop is a bit too high. If you do it this way, you’ll get a more piercing, darting kick.'

"You can analyse your game. So, Zach and Mark have both sat me down and spent an hour or two with me to point it all out: 'You can make this run. Follow this pattern.' Stuff like that. That's been hugely beneficial."

It's paying off too. The Aussies are taking notice of the new rising star after several superb showings.

Starting to click on and off the field. A bright future, but importantly, a promising present as well.

"Having the boys there has really helped. I'm at a stage now where I am loving it. Both the social aspect and the football."

SEE ALSO: What David Moran Did Off And On The Ball Against O'Shea And Kerry's Key Man In Mayo Victory