Aaron McKenna bid farewell to his teenage years with a dominant second-round stoppage in the Fantasy Springs Casino, Indio, California.

The Monaghan 19-year-old comfortably dismissed Mexican Daniel Perales with the referee eventually putting a stop to the one-way barrage in the second round of a super welterweight fight originally slated for six rounds. 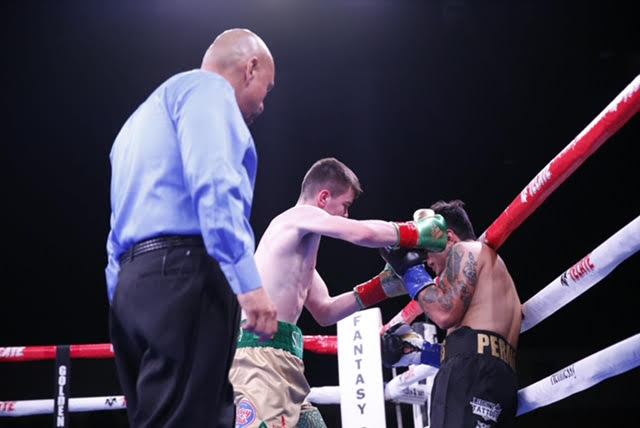 Boxing under the Golden Boy stable with DAZN, McKenna moved his record to 8-0 in impressive fashion.

His promise in the paid ranks has already earned him high-profile fans such as Kendrick Lamar, Oscar De La Hoya and Sugar Ray Leonard. 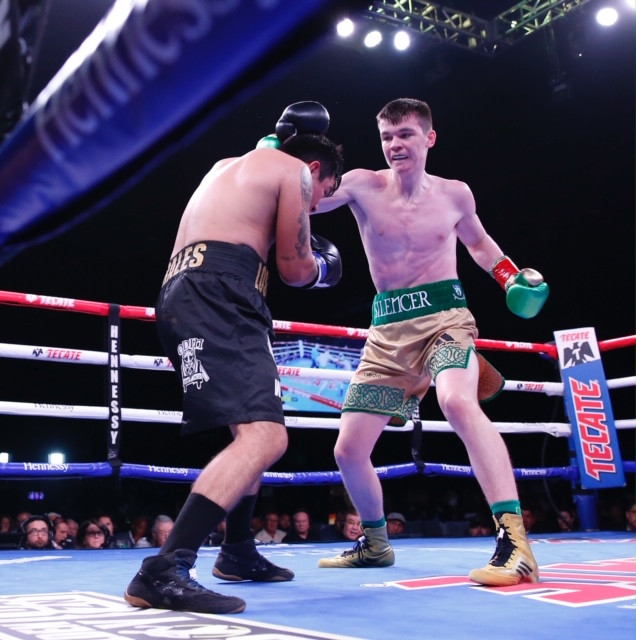 Sugar Ray, universally regarded as one of the greatest boxers of all time, was ringside for an Aaron McKenna bout last year and told balls.ie he was hugely impressed with the prodigy's performance:

What I saw that impressed me about Aaron when he competed at my charity event was his focus and his body attack. I want to tell to Aaron to keep it up, stay in shape and don’t ever take anyone lightly in that ring. I see a great future in Aaron!