Watch: Outmatched Evander Holyfield Had A Rough Return To Boxing

The ability to call it a day. It's an underappreciated attribute for those who don't know when to hang it up.

58-year-old Evander Holyfield probably should have called time on his career twenty years ago or more, but he attempted to defy the laws of ageing by fighting on Saturday night.

His opponent was former UFC champion Vitor Belfort, fourteen years his younger. Belfort isn't a spring chicken by any sense in the sporting world, but this matchup had plenty of red flags.

Sixteen years ago, the New York State Athletic Commission had banned Holyfield from boxing in the territory due to his 'diminishing skills'.

Somehow, Holyfield and promotion 'Triller' managed to find a loophole and home in Florida. A state that brought back the UFC and the WWE in peak Covid times.

The legendary boxers last commissioned bout took place in Copenhagen in 2011, when he defeated Brien Nielsen by TKO at the cool age of 48.

Holyfield's opponent on Saturday night, Vitor Belfort, looked to be seconds ahead of him with every punch, as he barraged the 58-year-old with overhands after the opening bell sounded.

Holyfield went down, and was allowed to regain his footing only to be met with more punches that eventually led to a TKO stoppage. It was a difficult watch.

Vitor Belfort’s pressure proved to be too much for Evander Holyfield.

To think the bout was scheduled for eight two-minute rounds is astonishing. The fight didn't even see past the first. Belfort called out Youtuber come boxer Jake Paul after the fight.

The 'Triller' promotion had originally pitted Oscar De La Hoya in the main-event with Belfort before De La Hoya withdrew after contracting Covid-19.

Also on the card, was two former UFC Champions in Anderson Silva and Tito Ortiz. Both at 46-years-old, what ensued was exactly what you'd expect of two 40 somethings.

Silva has looked fresh for his age in the ring, most notably defeating Julio César Chavéz Jr. in his last outing. He dismantled Tito Ortiz with relative ease in the end.

Two first round stoppages of a 46-year-old and 58-year-old isn't the greatest look for 'Triller', who don't pit themselves as the gold standard of combat sports.

The new promotion seem far too interested in pay-per-view value and pitting 'superfights' between old boxing and MMA stars than fighter welfare.

David Haye was also on this 'Triller Fight Club: Legends 2' card as well. He fought a businessman come boxer and won via unanimous decision.

It's a bit of a dark spot on boxing in general to have these events taking place, but it doesn't look like the demand from viewers or the promotion themselves are stopping anytime soon.

Hopefully the main event should make them rethink, at least, booking an almost 60-year-old again and expecting a level of competitiveness. 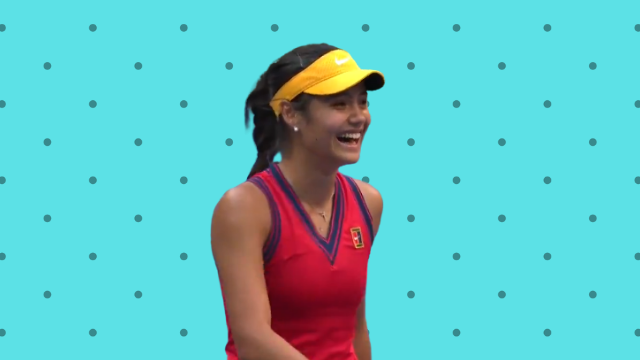 Boxing
14 hours ago
By Jonathan Byrne
Katie Taylor Ecstatic About 'Dream Come True' Serrano Announcement
Boxing
4 days ago
By Jonathan Byrne
Tyson Fury Taunts UFC Champion Ngannou To Make 'Some Real Money'
Boxing
1 week ago
By Jonathan Byrne
Hearn Thinks 'Myself And Jake Paul' Will Help Elevate Taylor v Serrano Fight
Popular on Balls
Rugby
2 days ago
By Colman Stanley
Keith Earls Shares Story That Captures Andy Farrell's Decency
Football
1 day ago
By PJ Browne
'If He Continues With Performances And Goals Like That, Stephen Kenny Will See It'
Football
2 days ago
By Eoin Harrington
Quiz: Name Every Player To Score In A Champions League Final
Football
19 hours ago
By Gary Connaughton
Portsmouth Likely To Retain Gavin Bazunu This Month Despite Championship Interest