Katie Taylor has retained her status as undisputed lightweight champion of the world, defeating Firuza Sharipova in their bout in Liverpool this evening.

The Irishwoman entered the fight as the heavy favourite, with her Kazakh opponent relatively unknown in this part of the world.

Despite this, promoter Eddie Hearn said he had some concerns about the threat Sharipova posed due to her professional approach and impressive training in the buildup to the contest. She had also won each of her last 15 professional fights having initially been defeated in her debut.

It was expected that there would be a sizeable Irish contingent at the M&S Bank Arena and that turned out to be the case as the two fighters made their way to the ring to very different receptions from the crowd.

Just listen to the reception that the champ is getting from the crowd ❤️️#BennAlgieri pic.twitter.com/CZHSBHufxn

The fight started at a quick pace, with Sharipova attempting to force the issue and Taylor countering brilliantly.

The Kazakhstani was throwing plenty of punches, but often failed to her distances right. This left plenty of room for the Bray native to throw some effective shots of her own.

Andy Lee made the point in commentary that Taylor was perhaps too aggressive at times, getting dragged into a brawl when she would be better served using her superior boxing skills to ensure a more comfortable fight. 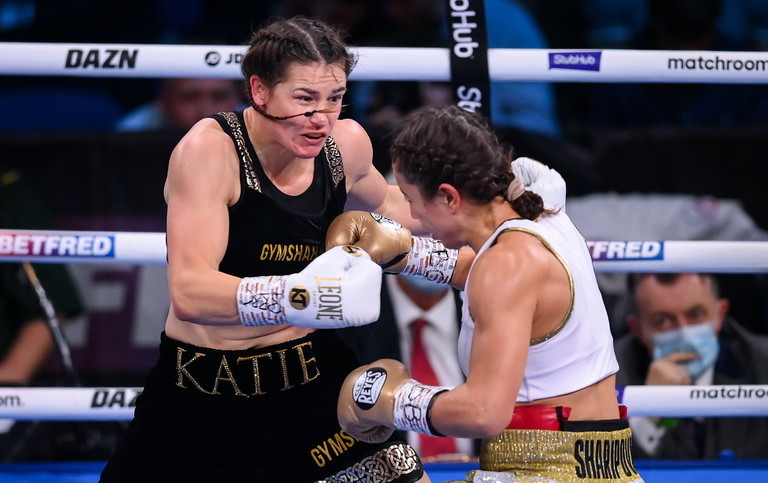 Taylor began to impose herself a bit more as the fight progressed, with her opponent seemingly tiring both mentally and physically. Sharipova was even docked a point in the seventh round for consisting holding.

The gap on the scorecards looked to continue to widen as we got into the final rounds.

That proved to be the case, with Taylor coming out on top in a unanimous decision.

Katie Taylor has retained her status as undisputed lightweight champion of the world after an hard fought victory over Firuza Sharipova in Liverpool tonight 🇮🇪 pic.twitter.com/ZK7cZ7LrJk

Taylor now moves to a professional record of 20-0, ending the year having won three fights in 2021.

She will be eyeing some major bouts in 2021, with a switch in weight class to take on featherweight champion Amanda Serrano likely on the horizon.

Speaking to DAZN after the bout, Katie Taylor was already looking forward to a potential mammoth showdown with unified featherweight world champion Amanda Serrano in 2022.

It went exactly the way we planned. She was really scrappy inside, holding a lot and it was hard to get off.

It's my 20th fight, I'm still undisputed and undefeated, so I can't complain...

It was a really big year. This obviously prepares us for all the big fights next year with the names we have mentioned over the last few months like Amanda Serrano or Jessica McCaskill. We're ready for a big 2022...

It's an absolutely historic fight and it will be great to be part of such a big night.

Appearing alongside Taylor in the aftermath of the bout, promoter Eddie Hearn confirmed that discussions were already underway for a meeting with Serrano next year.

He believes the fight will take place at Madison Square Garden in April.

The plan 100 per cent is Amanda Serrano at Madison Square Garden. That is the biggest fight in women's boxing and Katie has wanted that fight for a long time.

You know how difficult it is for with these mega fights. [Serrano] is an undisputed champion, she has boxed two mandatory challengers in the last 12 or 13 weeks. They are out of the way and she has taken care of her obligations, now it's time to make a historic in Madison Square Garden.

That's the fight people want to see. It's the biggest fight of all-time in women's boxing...

Amanda Serrano is fighting next week and we wish her the best of luck. They have the contract and are reviewing it. If she gets through next week, I'm almost certain that in April you'll see Taylor-Serrano in Madison Square Garden.

That should be an incredible night, but for now Taylor can bask in the glory of yet another brilliant performance in the professional ranks.

SEE ALSO: For A Few Beautiful Minutes In 1995, Ireland Lead The USA In A Basketball Game 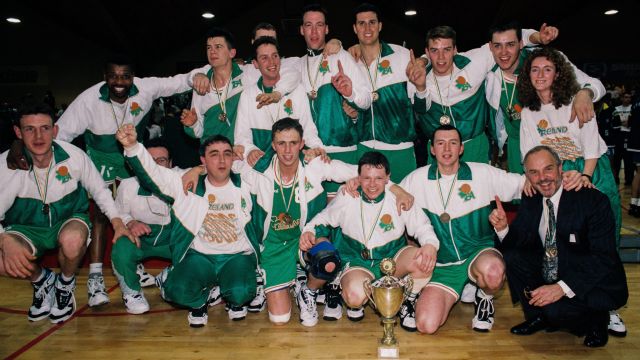