Finally, after weeks and months of speculation, we'll get to witness Katie Taylor and Amanda Serrano in a boxing ring.

The announcement had been inevitable ever since a very busy December for the two boxers. Taylor overcame Firuza Sharipova and Serrano got the better of Miriam Gutiérrez a week apart from each other.

April 30th will be the date to put into the calendar, and none other than Madison Square Garden will host the biggest fight in women's boxing.

"This is a fight I've wanted for a long, long time," Taylor said. "I'm just excited for it to finally take place because these are the kind of fights I'm in the sport for."

"People have been talking about this fight for years and there have been times I wondered if it was ever going to happen so I'm very grateful to Eddie Hearn, everyone at Matchroom, DAZN and Madison Square Garden for getting it over the line."

Since Katie Taylor turned professional in November 2016, she's fought twenty bouts and won all of them, finishing six of those fights.

The Bray boxer has held the WBA, IBF, WBO, WBC, and The Ring lightweight titles since overcoming the challenge of Delfine Persoon in June of 2019.

It will be the first ever boxing card at Madison Square Garden to be headlined by a female fight 🥊 pic.twitter.com/wcO9iuTukw

"When I turned professional my goal was to be involved in huge events like this so to headline at Madison Square Garden in a fight of this magnitude is really the pinnacle of the sport," Taylor continued.

"It's such an iconic venue and has been home to so many of the historic moments in boxing and I truly believe this will be another one."

The fight has been billed as one for the history books from all angles. MSG will host its first ever all-female headline in 140 years of boxing events.

Taylor will be putting her lightweight straps on the line as Serrano makes the jump from featherweight to lightweight. She has previously completed in the weight division and light-welterweight.

As part of the promotion for the fight, the two boxers will undergo a global press tour starting in New York next Wednesday to mark the occasion.

Promoter Eddie Hearn has championed Taylor ever since her professional debut and was involved in the negotiations with Serrano and Most Valuable Promotions.

"From the moment Katie Taylor stepped into my office, this is the moment we always dreamed of," Hearn said about the bout on April 30th."

"The moment the world would stop and watch and watch the two greatest female fighters on the planet headline at the Mecca of boxing, Madison Square Garden."

"Taylor vs. Serrano is a fight for the history books. Yes, it’s by far the biggest female fight of all time but it’s also one of the biggest fights of all time, the undisputed World and Olympic champion against the seven division World champion." 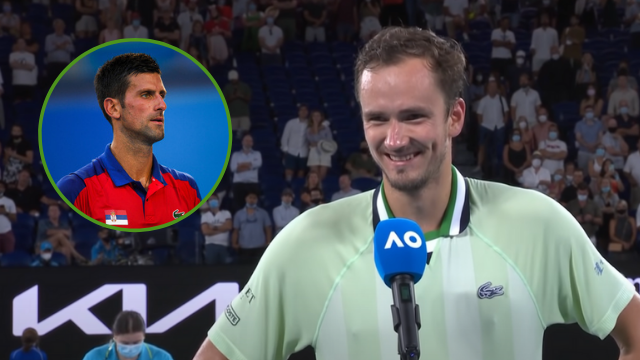