Katie Taylor is STILL the undisputed lightweight champion of the world after a victory over Jennifer Han in Leeds tonight.

The Bray woman entered the fight as the hot favourite to retain her five world titles, while also hoping to extend her undefeated pro record to 19-0.

However, Han would be no pushover. The American had won 18 or her 21 professional bouts, with her last defeat coming in 2014. She is also the World Female Feather Title holder since 2015, moving up in weight to take on Taylor.

This fight had been on the cards for some time, with Han turning down the opportunity to face the Irishwoman back in July due to the fact that she had just given birth to her second child in March.

With fans returning to a Taylor fight in numbers for the first time since the start of the pandemic, this was always likely to be a special occasion.

So it proved, with a raucous atmosphere at Headingley Stadium as the 35-year old took to the ring.

Katie Taylor makes her way to the ring 👑 pic.twitter.com/CtYRQNCPG3

The fight began in a promising fashion for the Irishwoman starting the better of the two fighters in the first round.

However, Han soon grew into the bout. She certainly didn't make things easy for the world champion, keeping her distance, forcing Taylor into throwing some questionable shots and attempting to counter.

Still, Taylor landed the better of the shots despite the close nature of the fight.

As the bout progressed, her class began to show. Han started to tire, struggling to live with the pace set by her opponent.

This soon resulted in a knockdown in the eighth round, and from here it was her fight to lose.

The last couple of rounds were comfortable and there was to be little doubt about the winner. Taylor would ultimately come out on top by unanimous decision.

In fact, she would win every single round on each of the three judge's scorecards.

Taylor now moves to a professional record of 19-0, further cementing her status as the top fighter in the women's ranks. It'll take some doing to take that tag away from her judging by this display.

What next for the Irishwoman? Speaking to DAZN after the fight, she said that she is willing to take on the top fighter in any weight division in order to cement her status as the best fighter in the women's game.

I knew that Jennifer was going to be a big challenge.

I was hoping for a stoppage tonight but she was very good at surviving for the whole fight. She was very crafty, very slippery.

I'm willing to fight anyone at any weight category. I want the big fights and all those names that you mentioned (Jessica McCaskill). I want all these fights and be involved in the biggest fights in women's boxing.

I'm fairly certain that I will end my career undefeated as a multiple weight undisputed champion...

The atmosphere was incredible, I felt like I was boxing at home in Bray really. I'm so grateful for all the support.

My father is from Leeds, a proud Leeds man, so I feel like I'm boxing at home. I hope it's the first of many times I'm boxing here.

It certainly looks as though Taylor has achieved all that she can in the lightweight division for now. A move to take on some of the champions in other weight classes must surely be on the horizon. 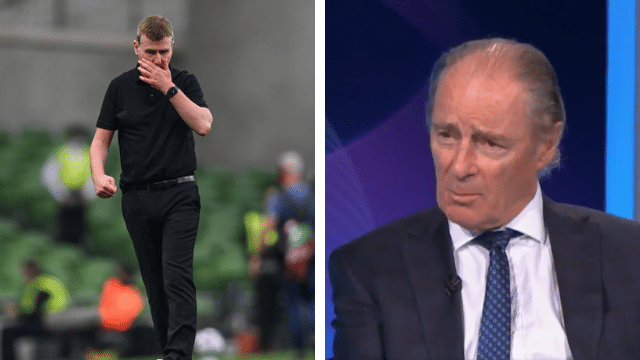