Katie Taylor has defended her lightweight world titles in Essex this evening, defeating Delfine Persoon by unanimous decision this evening.

The Irishwoman entered this fight with a point to prove, with many onlookers feeling she was handed a very favourable decision win in the first meeting between the pair.

This fight started with a quick pace, but Taylor was much the better fighter in the first round. Persoon looked to be struggling in between the first two rounds, with the Belgian's eye clearly suffering early in the second.

The Bray native won the first two rounds comfortably, keeping her distance as Persoon attempted to turn the fight into a bit of a brawl. Her foot movement was incredible, picking off Persoon as the Belgian threw some wild shots. 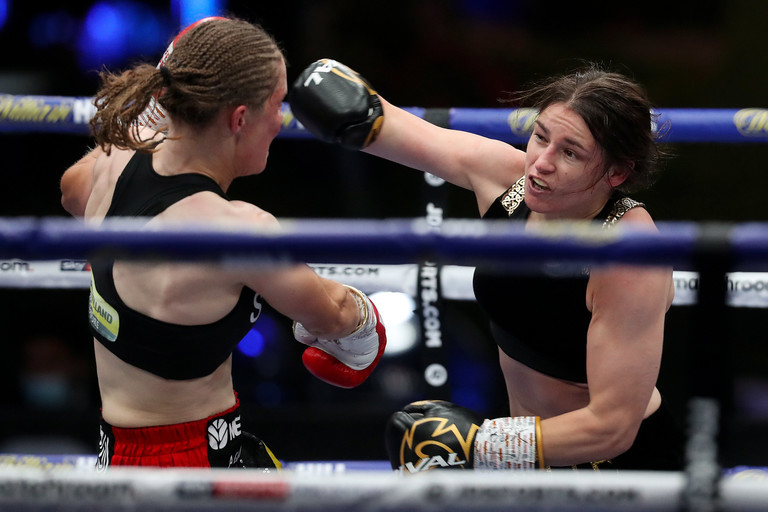 The challenger managed to drag Taylor into a 'stand and bang' fight at times, with her pressure relentless. She got stronger as the fight went on, with the champions struggling to stay on the move.

If anything, this fight got harder to call as it went on.

A number of rounds could have went either way, with much of it coming down to the preference of the judges.

Ultimately, they fell on the side of Taylor's more controlled approach. 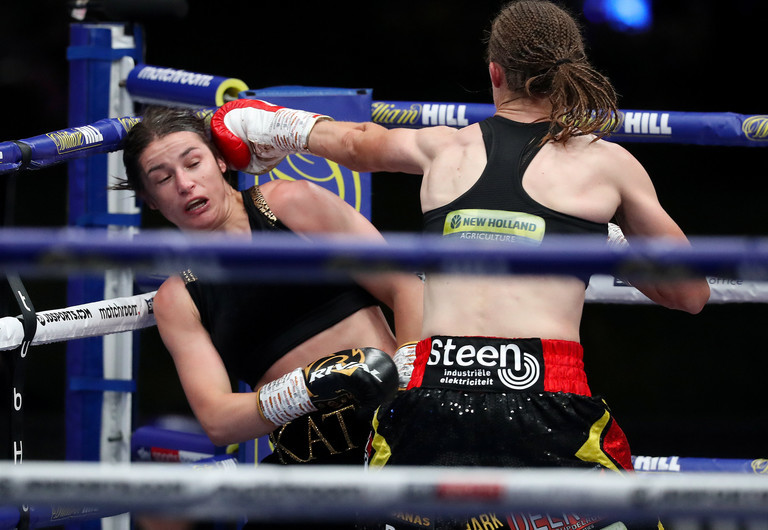 After the win, Taylor said she felt she performed much better than the first fight.

I knew it was going to be a tough, tough battle coming into this fight. It's never going to be an easy battle against Delfine, she is relentless.

I knew I would have to dig deep at some stages during the fight, but I thought I boxed a lot better than last time. I stuck to my boxing a lot more, even if I got drawn in a few times.

I stuck to my boxing and that's what got me the win in the end...

Congratulations to her for two amazing fights, what an amazing two fights to be part of.

Persoon acknowledged that she was outboxed on this occasion, having felt she should have won the first fight.

As for what comes next, Persoon says she may not fight against at this weight class. For Taylor, she said she's not even thinking about that at the minute. When asked, he response was: "Give me a break, give me a break!"

She certainly deserves it after this performance.