Everyone Was Baffled By Sky Sports Commentary During Katie Taylor Win

Katie Taylor is still the undisputed lightweight champion of the world, with the Irishwoman defeating Natasha Jonas by unanimous decision in Manchester this evening.

It was a strong performance from the Bray woman, who largely controlled the pace of the fight and constantly kept her opponent on the back foot.

That wasn't to say Jonas didn't provide a stern challenge. The Liverpool native landed some big shots at times and certainly left it all out there. However, in the end she did not have enough in the tank to take down the champ.

While the vast majority of onlookers could see that Taylor had won the fight, it might have been difficult to judge had you been listening solely to the Sky Sports commentators.

Perhaps unsurprisingly, the British broadcaster seemed to focus almost solely on the Englishwoman for large stretches of the bout. At one stage, it felt as though they hadn't mentioned a single shot Taylor landed for a long period even though she had won the majority of those rounds.

In the end, justice was done with Taylor's win.

Those who watched the fight could certainly notice an consistent theme in the commentary.

To be fair, the English commentators are doing everything they can to give this fight to Jonas. #TaylorJonas

The next time it's claimed that the Sky Sports commentary team are always favourable to Taylor, play them back the tape of this...

Sky Sports commentary is nauseating, me nerves for that though. Unbelievable as per usual @KatieTaylor #TaylorJonas

Very biased commentary from sky sports tonight sounded like they really wanted jonas to win! Typical British hyping up there sports stars!! Jonas was good but @KatieTaylor is best in world for a reason.

Sky seem to be just commentating on Jonas now

Katie Taylor is an absolute legend! Sky sports commentary was ridiculous so biased for Jonas because shes English! #youllneverbeattheirish 🇮🇪🇮🇪

In fairness, Jonas put up an excellent challenge tonight. That didn't make the commentary any easier to listen to.

Onto the next one... 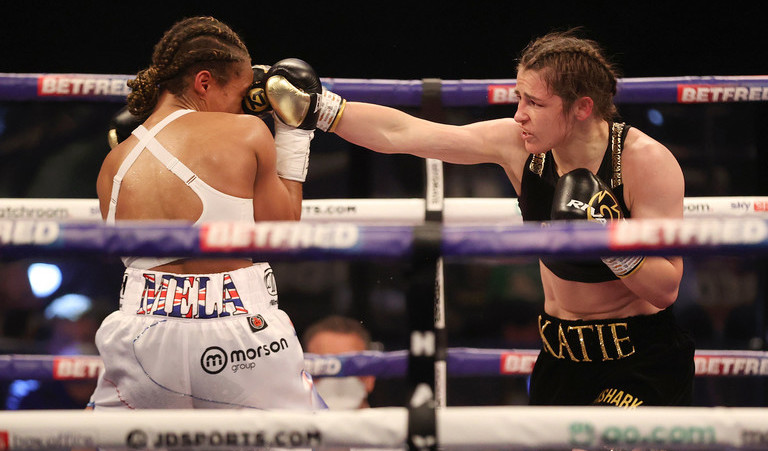