The hype is real. On the undercard of Katie Taylor's clash with Christina Linardatou, reigning IBO super featherweight champion Terri Harper successfully defended her title in a statement showing that had promoter Eddie Hearn purring.

The 23-year old enjoyed a perfect birthday with a unanimous victory over Viviane Obenauf. Roared on by a large fanbase, the  Stefy Bull trained boxer was forceful throughout against a feisty opponent.

Harper has already declared her admiration women's boxing flagbearer Taylor and featuring on this undercard was a dream come true for a fighter who initially planned on buying a ticket to attend tonight's proceedings. 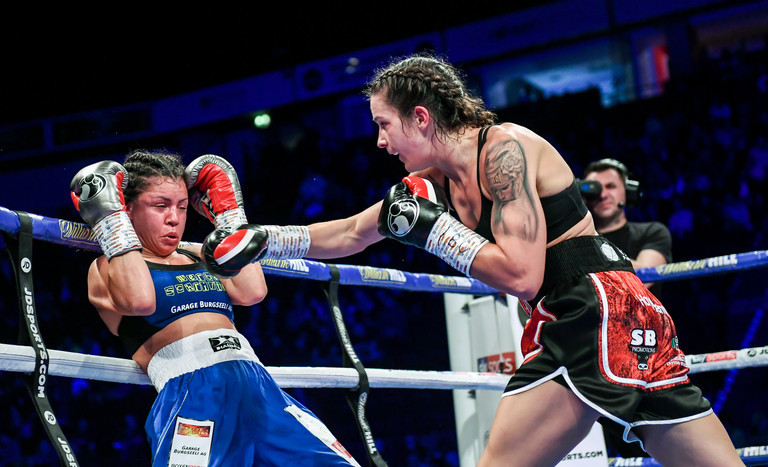 "She was fantastic. It was so good to see so many people from Doncaster here," he told Sky Sports.

He went on to cite one person as leading the way: "Katie Taylor is opening doors for all women in sport and in boxing to come through and box at this level!"

The current state of the landscape is perhaps best reflected by the fact that Hearn also said Harper's hometown is a live option to host that title fight.

SEE ALSO: Carruth Urges Katie Taylor And Paddy Barnes To 'Get Out Now'