There is a striking moment in the recent boxing documentary 'Frampton: Return of the Jackal' that illustrates much of what the Belfast brawler is about.

It’s a scene where the city’s chaotic traffic has conspired to ground his weigh-in bound car to a halt. Circumstances are stressful.

He is perched impatiently on the edge of his seat while a siren klaxons moronically in the distance and a phone periodically rings pondering his location. This is a fight in his hometown, in Windsor Park, in the same stadium he religiously pilgrimed to as a child for a card billed as ‘The Homecoming.’ He had to be there and had to stand on the scales first.

Suddenly, Frampton strenuously tests the automotive hinges by firing the door open and running from the car. His trainer and camera crew scramble after him. Despite a draining weight-cut and his depleted state, he is determined to make it. Therefore, he runs along the streets, his streets. The same streets he ran as an anxious teen hoping to make a living for his girlfriend and young child. 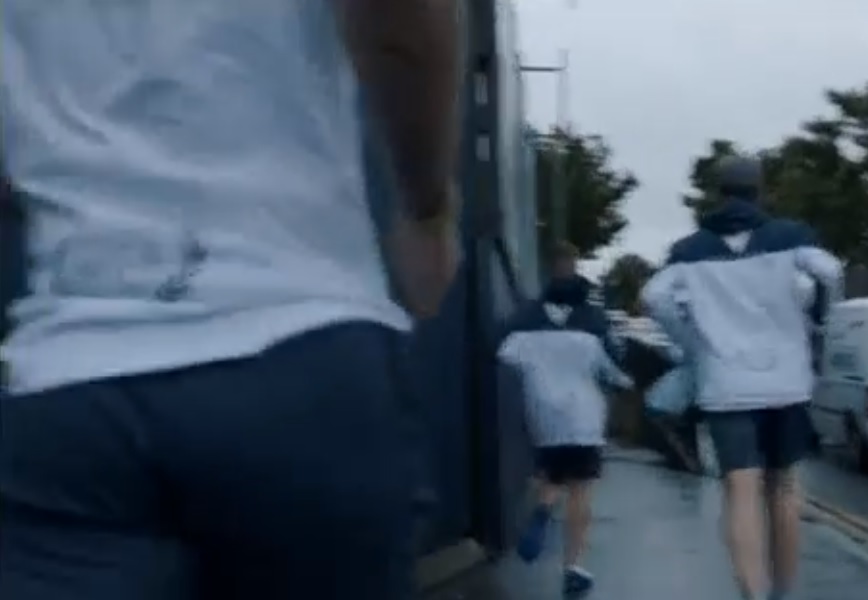 By hook or by crook, Carl Frampton gets it done.

Carl Frampton was born on 21 February 1987 in the loyalist area of Tiger’s Bay, Belfast to Flo and Craig Frampton. This was region besieged by unrelenting terror. A childhood familiar with petrol bombs and persistent rioting. When he was one year old, a UDA member open fired on a funeral service six miles up the road for three Provisional IRA members killed in Gibraltar.

Michael Stone added another three to the death toll that night.

Three days later and five miles up the road, two British Army corporals drove into the funeral procession and were shot dead by the IRA. Tit for tat. Blow for blow.

When Frampton was 14, he strolled around the corner and onto unspeakable horror. The remains of 16-year-old Glen Branagh, killed by the pipe bomb he was holding. Frampton was in the same class as Branagh’s brother, his own brother had witnessed the explosion occur.

Yet while forged in this hostile atmosphere, he saw past the divide. "I just believe that we’re all the same really and that’s it,” he said in an interview with the42 in 2016. “Most of the stuff that’s gone on, the bigotry and sectarianism, is bullshit.”

In this austere, post-war world, Frampton became representative of a ‘new’ Northern Ireland. The Protestant who married a Catholic. He posed in Antrim GAA and Northern Ireland jerseys. The man who is a regular attendee at the Eleventh Night bonfires but vocal critic of burning effigies or flags. Soon a parliamentary painting in a local gym was replaced by a mural of Frampton in his boxing gear. The role model.

Hailing from Midlands White City club, Belfast’s prince soon became a king with the Irish amateur circuit his realm. He secured an Irish senior title in 2005. In 2007, he bridged a 60-year gap when he won Ireland’s first senior European medal in Dublin since 1947. In 2009, another Irish title was duly delivered.

It is remarkable how often a sport associated with such savagery produces individuals of such sophistication. When quizzed on his decision to box for Ireland over Great Britain, Frampton handled it with his usual rationality and diplomacy.

"I was looked after by Irish boxing from pretty much 11 years old and was very proud to box for Ireland." He explained, "it's very humbling to know that so many people are supporting me from all over Ireland and mainland UK." 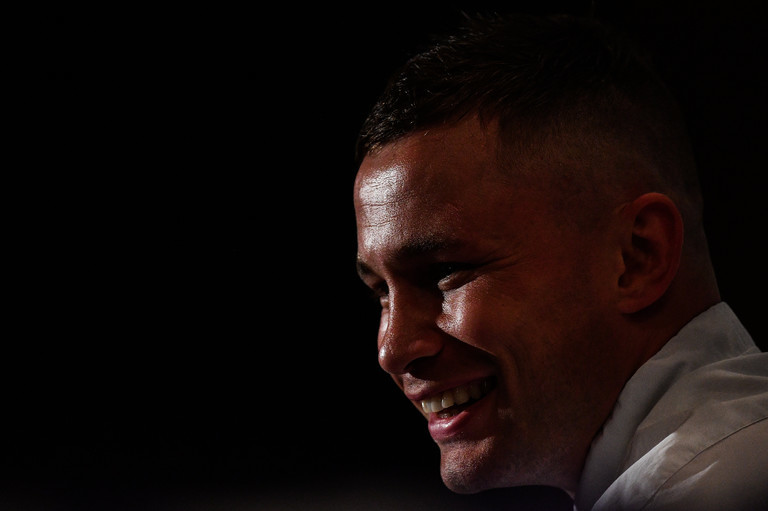 From the launch of his professional career in 2009, Frampton’s rise was atmospheric. A thriving partnership with Barry McGuigan followed. His prowess paired with McGuigan’s access to broadcasters, media and networks was a match made in heaven. By 2010 he’d won his first title, in 2011 he made that two.

"In the very first round, he countered my jab with a right hand over the top which completely took my legs away," explains 2010 opponent Ian Bailey, when speaking to Balls.ie. The pair went the distance in a thriller at King's Hall, Belfast, but it could have been over much sooner.

"Luckily I got to the ropes and just slid along them and recovered somehow. The rest of the fight followed a pattern of me applying constant pressure, and Carl firing back with hard accurate combinations. I made the fight competitive and did everything I could to win, but he was just a step ahead in all departments," the British boxer admits, "I could tell he’d go on to do very well."

A year later Frampton dispatched of two-time world champion Steve Molitor in dominant circumstances. Reflecting on that six-round stoppage, it is startling just how intelligent his shot selection is. A vicious left hook to the body reduces the Canadian to a halt, a flurry of punches to the head pull his opponent’s guard upwards and a sharp right to the ribs clears way for the canvas.

Between 2013 and 2016, Frampton’s assured his place in history and consolidated his legacy. Two terrific triumphs over Kiko Martinez, a comfortable victory against Scott Quigg and a positive result in a fight of the year contender against Léo Santa Cruz.

"He is such a professional. He has such high standards for himself. He has a lot of fire inside of him," reveals filmmaker Tom Magnus. Magnus shot the BBC documentary with Frampton last year and was granted three months of unhindered access. As far as he is concerned, the graduation towards a 'role model' was never the plan but a natural consequence.

I think it just happened for Carl originally, he never went out and said 'I want to be this.' His views are his views. He didn't go looking for anything. He is a role model, I think he knows that now because of his profile. But at the same time, nothing is ever contrived. That's why I love filming him, he is funny. He has a huge amount of personality.

I'm basically the same age as him but when he is speaking or doing interviews I'm amazed at how articulate and intelligent he is and actually just how much of a nice bloke he is. It is not put on, he's not trying to say the right thing. I mean I think he is a feminist without intentionally being one, or thinking 'I'm a feminist' you know what I mean? It's natural.

In many ways, it is inexplicable that a man of such talent and character has not captured the wider Irish sporting consciousness to a greater extent. A loyal but limited base follow faithfully, but it goes not extend nationwide. There are several intricate and intertwined reasons for this. Nationality is often mistakenly interrupted as binary and for many, it is a question of in or out. There is no space for in-between.

At the end of 2017, the wider fanfare did start to burgeon. Several charming insights into the man behind the gloves mustered gargantuan goodwill. Frampton spoke openly about his experiences on a Trócaire mission in Kenya, he appeared on national radio for a bizarre but alluring interview which was consistently interrupted by his younger son’s roars: “SANTA CRUZ!”

Despite an acrimonious split with McGuigan and closely contested rematch loss against Santa Cruz, Frampton was still persevering and doing so in public. Ireland began to recognise its best ever boxer. A man on the cusp of a historic four different world title belts. Then he was gone. 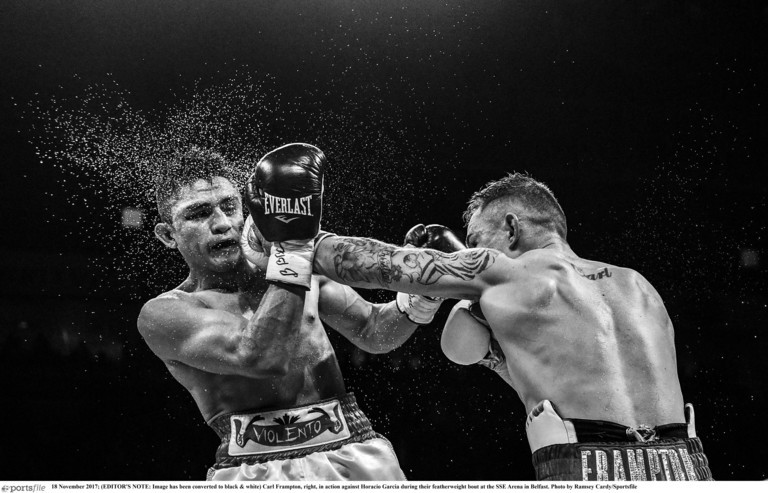 MTK Global’s decision to boycott the Irish boxing market and implement a partitionist and erratic ban had profound and long-lasting consequences for the sport in this country. It reinforced a divide, disconnected a fanbase and damaged personal brands. A quest for history went untold. Carl Frampton’s ultimately unsuccessful bid to claim the IBF featherweight title was unheeded by the vast majority of Irish media.

Now that ban is at an end and the wall has come crumbling down but there is much wreckage to sift through before Frampton recaptures the momentum that had been building and a belt that is now further away after his December loss to Josh Warrington.

It has been confirmed that he is not opting for retirement. His former foe Bailey believes this is the correct decision: "He’s an incredible fighter. I just think he got the tactics wrong against Warrington and on his best day, with the right game plan, I think he would win."

"I definitely want to do another film. I don't feel like it is finished, yet. We actually were filming on the Warrington fight," discloses Magnus. "With Carl, it is now about the legacy thing. He still feels he has more to give. I think he really feels he has let down the fans. I saw him the other day actually and he is still beating himself up about the Warrington defeat and feels he could have done things differently."

Carl Frampton is not done.

Nor should he be. The redemption finale is a fitting end to an extraordinary career and finally, it could include the admiration he does not crave but does deserve. It will demand inordinate effort, paramount reconciliation and fortuitous breaks, but a fairytale could yet still become a reality.

This time, we can't miss it.

SEE ALSO: More Than A Coach: O'Brien's Battle To Help Build A Community

Boxing
3 months ago
By Maurice Brosnan
The Kellie Harrington Story Is About More Than The Olympic Gold Medal
Boxing
8 months ago
By Maurice Brosnan
‘It Was Total War’ – Reliving One Of The Most Thrilling Fights In Boxing History
Irish Life
8 months ago
By PJ Browne
9 Rising Stars Of Irish Women's Sport
Popular on Balls
Football
16 hours ago
By Jonathan Browne
Reports: Solskjaer's Coaching Staff To Stay On At Old Trafford As Rangnick Appointment Confirmed
Snooker
18 hours ago
By PJ Browne
Selby Crashes Out Of UK Championship On Dramatic Respotted Black
Snooker
1 day ago
By PJ Browne
Shaun Murphy Apologises Over Timing Of 'Amateur' Comments
33