On Saturday, Michael Conlan fought on home soil for the first time since 2010 on a superb night for Irish boxing. However, the overall landscape is a sad state of affairs with boxer and JB Promotions boss Jay Byrne the latest to cancel a Dublin show due to the costs associated with hosting an event in the Republic of Ireland.

Conlan was clinical if unspectacular against Brazilian Adeilson Dos Santos in Belfast. On the undercard, Tyrone McKenna demonstrated tremendous heart in defeat against Jack Catterall while Jono Carroll and Declan Geraghty served up a thriller in their Dublin derby. That bout was hosted in Belfast due to the continued inability to host an event in the Republic of Ireland. 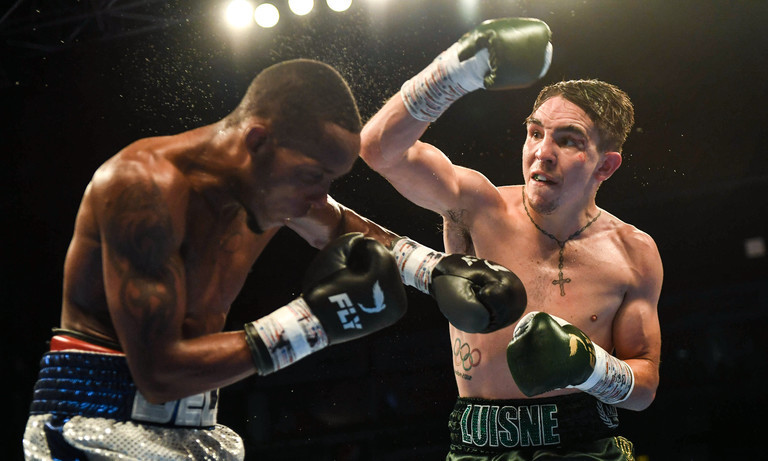 It is now five months since MTK Global's CEO Sandra Vaughan decided to pull the management company out of Ireland. They are Irish boxing's largest management company. MTK was co-founded by Irish former middleweight boxer Matthew Macklin while Daniel Kinahan co-founded the initial project back in 2013. External investors subsequently bought out the company last year. Vaughan recently blamed the cancellation of a show at the Citywest Hotel on "widespread media propaganda" and continues to implement a ban.

It is a terrible situation. It shows the state of Irish boxing is at the minute. I feel for the fella', he's put a lot into it. I feel for the fighters more because I'm a fighter myself, Paddy is a fighter. We know what they put in for eight weeks. They worked for basically seven, eight weeks without no money. It's like doing a job and no one paying you at the end of it.

When questions turned to MTK, Conlan urged the company to work towards a solution and sit down with everyone.

It is very sad for everyone. No one is winning out of this, the media, the journalists. It is not doing anyone good. I think MTK will be able to help him (Byrne.) They really should.

Conlan's plea is a wise one. Not since Bernard Dunne has an Irish boxer captured widespread public support. That is an impossible possibility in the current situation. His brother may represent the best possibility but his homecoming received scant attention and did not sell-out as the majority of the island are banned from covering it.

Next for Irish boxing is Celtic Clash's 12 fight pro show on July 14 at Good Counsel GAA Club in Dublin which includes the exciting Eric Donovan feature. As for MTK, they have Carl Frampton's event at Windsor Park in August, that event includes a Paddy Barnes World Title fight and Tyson Fury bout.

SEE ALSO: Thriving In The Margins: Irish Boxing Is Booming