Michael Conlan is set to continue his remarkable rise in the paid ranks. The Belfast boxer will headline on the St Patrick's Day card at Madison Square Garden against Ruben-Garcia Hernandez. Here are all the details on what time is Michael Conlan fighting and the undercard.

This is Conlan's eleventh fight as a professional. Last December, he beat Jason Cunningham to secure the vacant WBO Intercontinental Featherweight Championship. 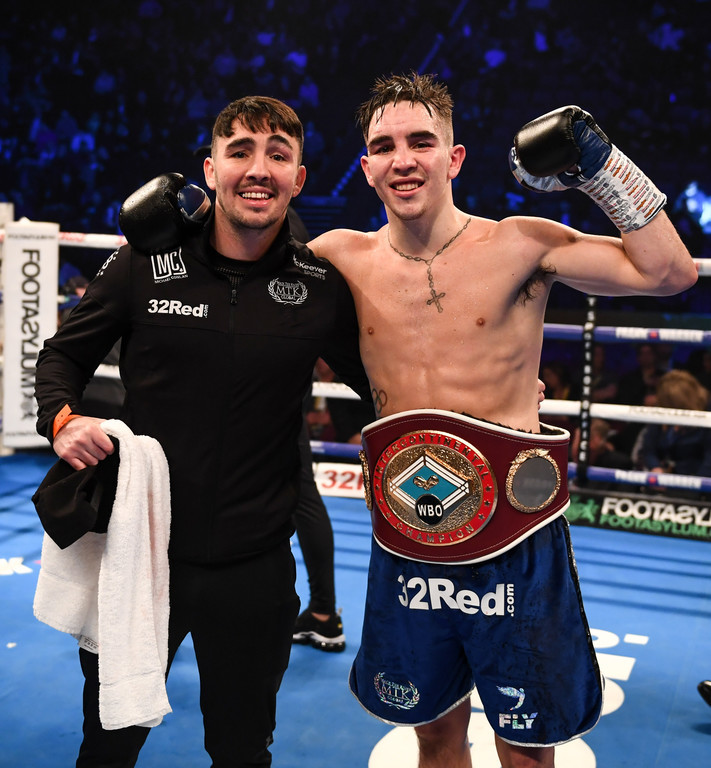 It is the third consecutive year that the former Olympic bronze medalist will feature on an MSG St Patrick's Day card. Fellow Olympian Paddy Barnes will fight Oscar Mojica on the undercard. Also on the undercard is Limerick’s Lee Reeves.

What channel is Michael Conlan on?

The fight will be live on BoxNation. As part of his continued deal with Top Rank,  It will also be shown live on ESPN+ for the US audience.

What time is Michael Conlan fighting?

Michael Conlan's fight time is not certain as it is the main event. Per ESPN's current schedule, Conlan is expected to be on around 11 pm Irish time. Commentators are Joe Tessitore and Mark Kriegel along with former world champion Timothy Bradley Jr.

Who is Michael Conlan fighting?

Hernandez is a 25-year-old Mexican brawler who has faced some serious opposition including Nonito Donaire, who recently defeated Ryan Burnett. Hernandez went 23 rounds with the Filipino. He has also lost to Randy Caballero and Rafael Rivera.

Former Olympic Vladimir Nikitin who infamously was awarded a controversial decision against Conlan in Rio 2016, is also on the undercard.

Huge weekend for Irish Boxing, best wishes to all my fellow irish fighters boxing around the world! @jono_carroll main event in Philly tonight along with the queen of boxing @KatieTaylor unifying more world titles, Up the fuck Irish ☘️ #YoullNeverBeatTheIrish pic.twitter.com/tYIJqxXJjk

Conlan has expressed his delight at returning to the New York venue.

I'm excited and honoured to fight at my home away from home, The Mecca of Boxing. Madison Square Garden on St. Patrick's Day for the third consecutive year.

The fans in New York City have been incredibly supportive of my professional career, and I look forward to putting on a show for them, in addition to my great fans from Ireland who will be coming over for the party in Manhattan. Thanks very much to my team and Top Rank for this tremendous opportunity.

So a reminder on Conlan's fight time. It is live on BoxNation, with the main event kicking off at 6.00 pm ET.