The 2018-19 UEFA Women's Champions League started back in August with the first 40 teams involved in 10 groups of qualifiers, including the Irish champions Wexford Youths.  On Saturday in Budapest the final 2 teams, from the 60 club that entered, will face off to decide who will become European Champions.  Olympique Lyonnais of France are looking for the 4th consecutive title (their 6th in total). Standing in their way are FC Barcelona who, although giants in the men's game, are in the final for the first time.

FC Lyon won their first French league title in 1991 and had won 4 titles by the time they became part of Olympique Lyonnais in 2004.  They won their 5th title in 2007 and they've won every championship since (13 in a row, 17 in total).  In 2011 they won their first UEFA Champions League title beating German side Potsdam in Fulham's Craven Cottage. The following year they beat Frankfurt in the final in front of a record crowd of 50,212 in Munich. They had to wait until 2016 for their next title, beating another German side Wolfsburg on penalties. in 2017 the beat PSG on penalties in the final while last year saw they beat Wolfsburg again, this time 4-1 in extra time after the game had finished 0-0 after 90 minutes.

Club Femini Barcelona was set up in 1988 with sponsorship from FC Barcelona. In 2001, the women's team became part of the FC Barcelona club but it wasn't until 2012 that the team first won the Spanish title. After 4 succesive league titles, Barcelona have now finished second in the last 4 season as Atletico Madrid have emerged as the top club in Spain. 2012-13 was their first foray into European competition and they fell at the first hurdle, losing 0-7 on aggregate to Arsenal. The following year they were knocked out by eventual winners Wolfsburg. They were knocked by PSG in 2016 and 2017 and last year they were beaten by Lyon. They've been getting closer and closer to the big clubs in France and Germany and this year they're finally in the final.

Road to the Final

Lyon and Barca, as representatives of the highly ranked French and Spanish Leagues, both entered the tournament at the last 32 stage.  The last 32 and last 16 are seeded according to UEFA co-efficients and both clubs were seeded in both rounds 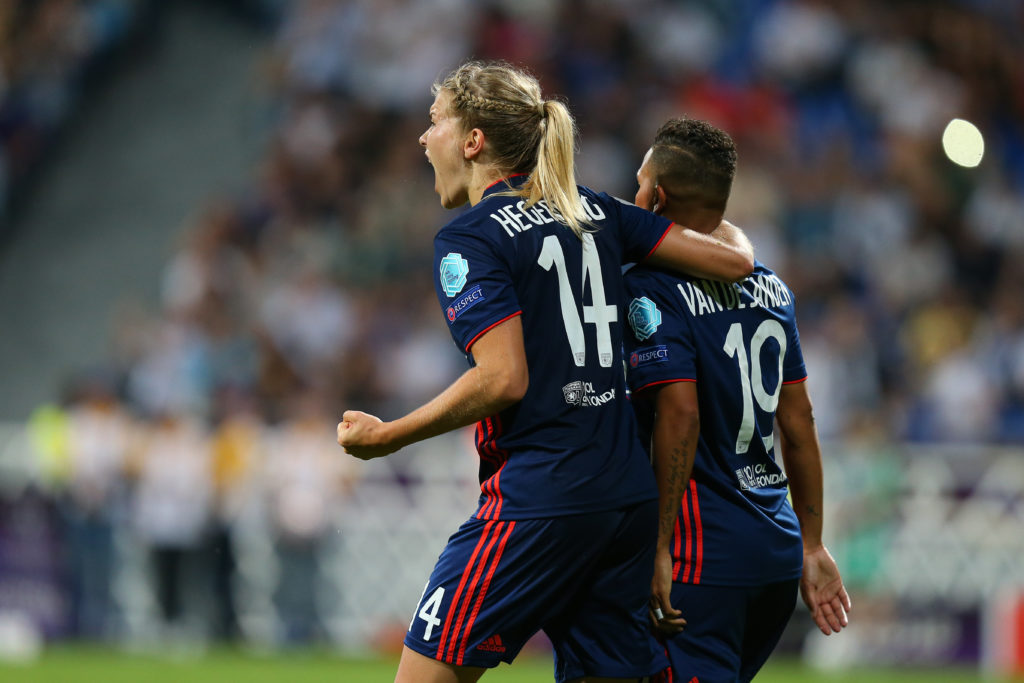 The Players to Watch

Lyon's star player is  Norwegian striker Ada Hegerberg. You may remember she hit the headlines after being asked to twerk as she collected her 2018 Balon D'Or award. She continues to boycott the Norwegian national team due to how it is handled by the Norwegian FA in comparison to the men's team. Budapest-born Dzsenifer Marozsán captained Germany to Olympic gold in 2016 and has won the CL with both Frankfurt and Lyon. Lyon's captain is defender Wendie Renard who is one of a number of players looking for their 6th CL winners medal with the club

Barca's star player is the Dutch midfielder Lieke Martens. After powering Netherlands to the 2017 European Championship she was voted the best player in Europe for that year. Their top scorer in Europe this year is English striker Toni Duggan. Barca's captain is midfielder Vicky Losada. French midfielder Kheira Hamraoui left Lyon for Barca last summer but misses the final through suspension.

On Friday, the day before the final, reports surfaced that Lyon and Barca could possibly be involved in a deal that would see Hegerberg and Martens swap clubs, even leading to speculation that players from the mens sides could be involved.

There is no live coverage scheduled on Irish or British TV. BT Sport have the UK rights and will show highlights from 10pm. The game is being streamed live on UEFA's youtube channel.