There were two notable clashes between Roy Keane and Mick McCarthy; one major, one minor. Player and manager twice at odds, the start and ultimately the end for one of the most contentious relationships in Irish sport. 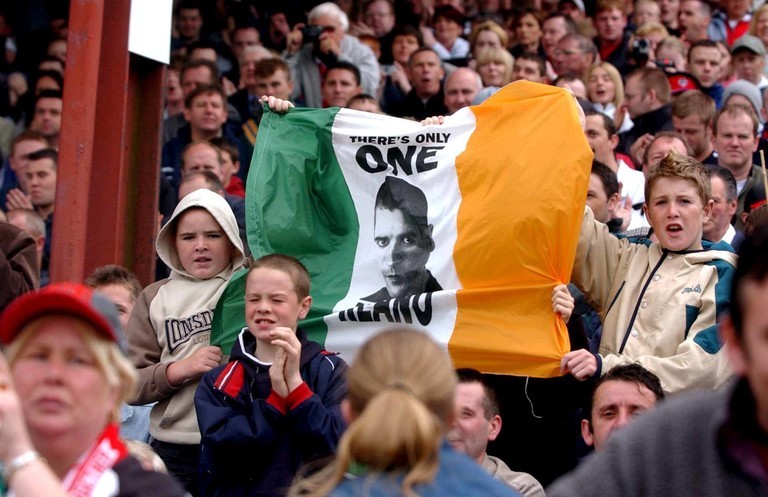 In 1997, the Manchester United midfielder took his first steps towards assuming the Irish captaincy on a permanent basis at the historic Dublin stadium. That was the reconciliation after the first conflict.

A high rate of absenteeism during the European Championship qualifying programme came to a head in the summer of 1996 when Keane oddly failed to inform then Irish manager Mick McCarthy that he would not be travelling to America for the US Cup.

He captained Ireland in a friendly against Russia at Lansdowne Road that year, but that ended in typical turmoil after he was sent off. Still, Keane seemed destined to lead the side but the consequence of his absence from the summer tournament was that he was effectively banned and stripped of the captaincy.

"I need him to show the desire to play for his country," explained McCarthy. A declaration that would have an earth shattering knock-on impact.

A year later, former Ireland manager Eoin Hand fell ill and was taken to the Mater Hospital. A benefit match was organised which saw the Republic of Ireland take on a National League XI at Tolka Park. Andy Townsend was unavailable due to club duty with Middlesbrough. McCarthy returned to Keane and handed him the armband. 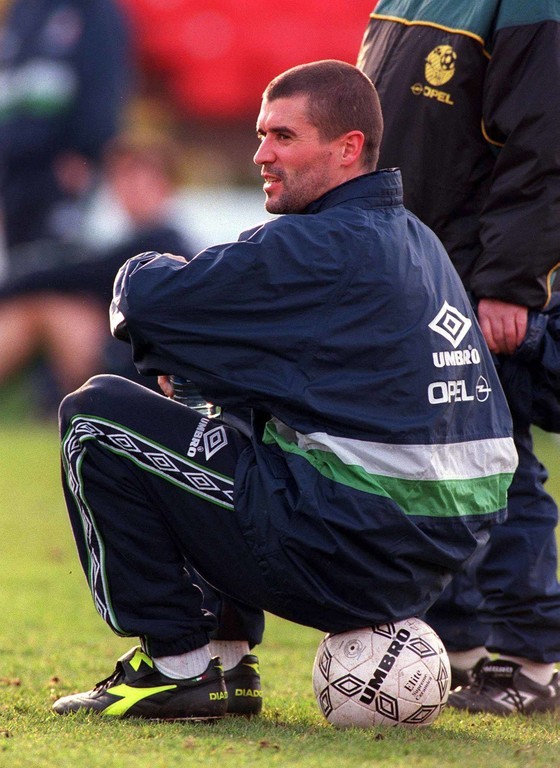 It did little to help the game. Only 1,500 people turned out and while the association's general secretary, Mr Bernard O'Byrne, maintained that the FAI switchboard had been jammed with calls looking to make a donation the attendance was disappointing nonetheless.

As a result, the FAI agreed to pick up the cost of the estimated insurance cover of £10,000 as a goodwill gesture while O'Byrne resorted to the familiar criticism of Irish football fans.

It just strikes me as astonishing that people from Ireland will head over in large numbers to see Liverpool and Manchester United play at huge expense and yet they won't pay a tenner to see the same players when they are playing here in Dublin for one of their own.

As for the manager and player, the pair would not be "going on holiday together, or even sending cards" according to Keane. But it was amicable. Or so we thought.

Pop sociologists often divide the makeup of daily life to pre and post the smartphone. In terms of understanding the textures of Irish society, a good marking point is pre and post-Saipan.

The circumstances surrounding that notorious fall-out at the 2002 World Cup are widely known and extensively analysed. What came after begun at Tolka Park. Keane's first appearance in Ireland after his exit. 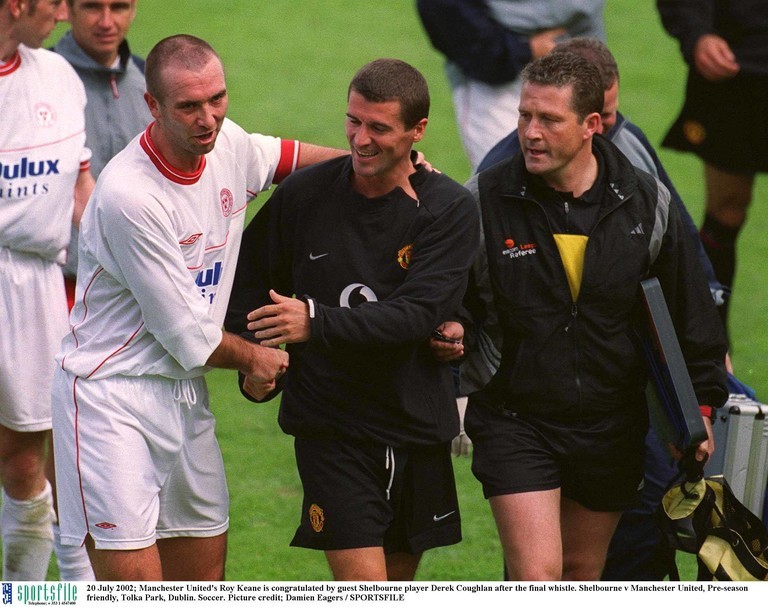 According to the Guardian, Tolka Park provided "surroundings most charitably described as Third Division". Shelbourne went down 5-0 against Man United in that pre-season friendly, while Keane was given a warm welcome by the much-improved 12,000 attendance.

Outside the ground, t-shirts were for sale with twinned images of Michael Collins and Keane beneath the slogan, "two famous Cork leaders both shot in the back".

For Manchester United, the controversy was a mild talking point and nothing more. The quintessential English response to an Irish problem: disinterest. Bobby Charlton's explanation reflected that best: "United can come out of this saga very well because Roy will be well-rested in time for the coming season."

Before kick-off, Keane met with Shelbourne captain Owen Heary in centre-field. The pair shook hands and Keane handed over the Manchester United pennant while asking, "Where's my one?"

"We are too poor to give you one," replied Heary.

Ruud van Nistelrooy was the Man of the Match, but one young Irish teen did stand out against him. A tricky winger named Wes Hoolahan began to embarrass England international Phil Neville to the extent that the full-back eventually chopped him down. 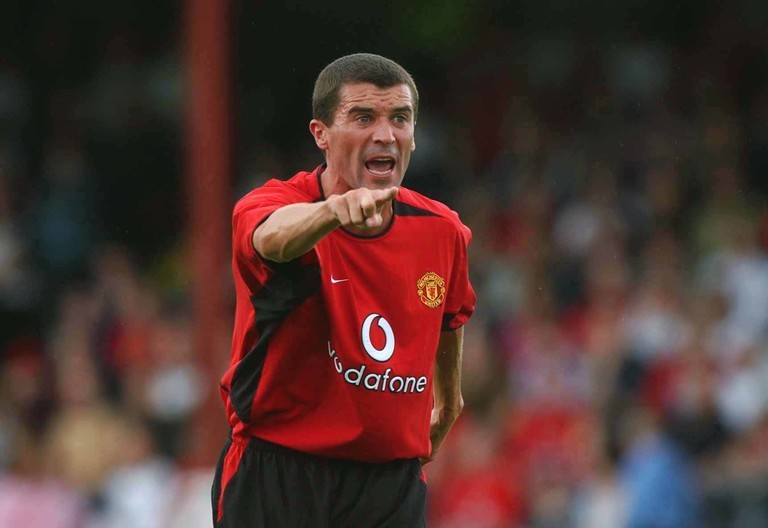 Per a match report of the game by Neil O'Riordan of The Sun, a revealing exchange then followed:

After the free-kick was awarded, Hoolahan's card was marked as Keane threatened: "I will hit your harder next time."

It may have been said in a light-hearted way, but the unfazed United fan Hoolahan replied: "That's OK, sure you are not my hero any more."

A gathered press pack were keen to quiz the Irish international, but he was not for talking. They did their best to persuade him though, as O'Riordan reported: "Tommie Gorman of RTE put it in that interview, 'What about the children of Ireland?'" 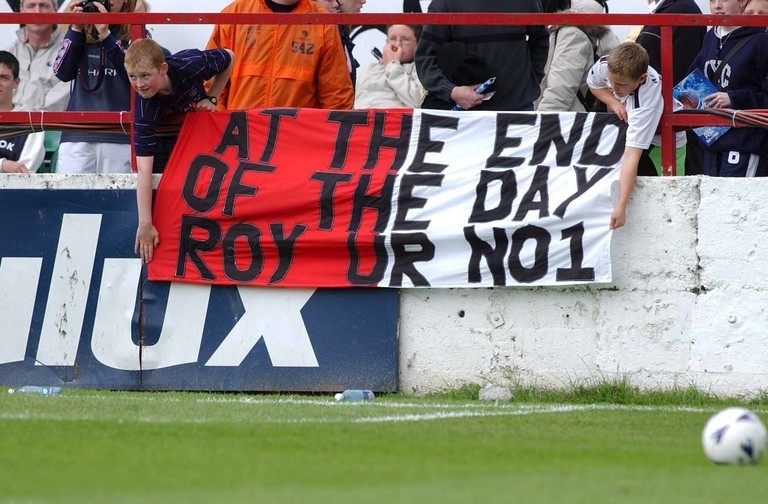 20 July 2002; Manchester United fans show their support for Roy Keane before the start of the pre-season friendly match between Shelbourne and Manchester United at Tolka Park in Dublin. Photo by David Maher/Sportsfile

The go-to concern in any public controversy: Won't someone think of the children?

Twice during Roy Keane's Republic of Ireland career, controversy came and twice he followed it up with appearances at Tolka Park. In many ways, those two showings and the public's reaction are indicative of Keane's legacy.

SEE ALSO: What If: Cristiano Ronaldo Signed For Arsenal Over Manchester United In 2003?