What If: Cristiano Ronaldo Signed For Arsenal Over Manchester United In 2003?

Cristiano Ronaldo is one of the greatest footballers of all time. Having emerged at an early age as one of the brightest prospects in the game, he blew away even the highest expectations of what his ceiling could be.

His personal honour roll reads unlike most others we have seen in the game. Here's just a few of the highlights:

There is no doubt that his time at Manchester United helped shape him into the player he would become. It was a hit and miss first couple of seasons, but he soon became a truly world class footballer.

But he came incredibly close to signing for another Premier League side.

In the summer of 2003, Arsenal were deep in negotiations with Sporting Lisbon to sign the Portuguese youngster. A deal was close. So close in fact, that Ronaldo had actually flown to London to meet with Arsene Wenger.

Many years later, the Frenchman would reveal to Arsenal.com:

He was here with his mother and we were very close. Then Man United came in and they had Carlos Queiroz at the time, who was their coach. United played against Sporting Lisbon and Ronaldo was outstanding and they signed him...

You could imagine at the time what it would have been like to have Thierry Henry and Ronaldo together... That would certainly have changed a little bit the history of my stay here as well. 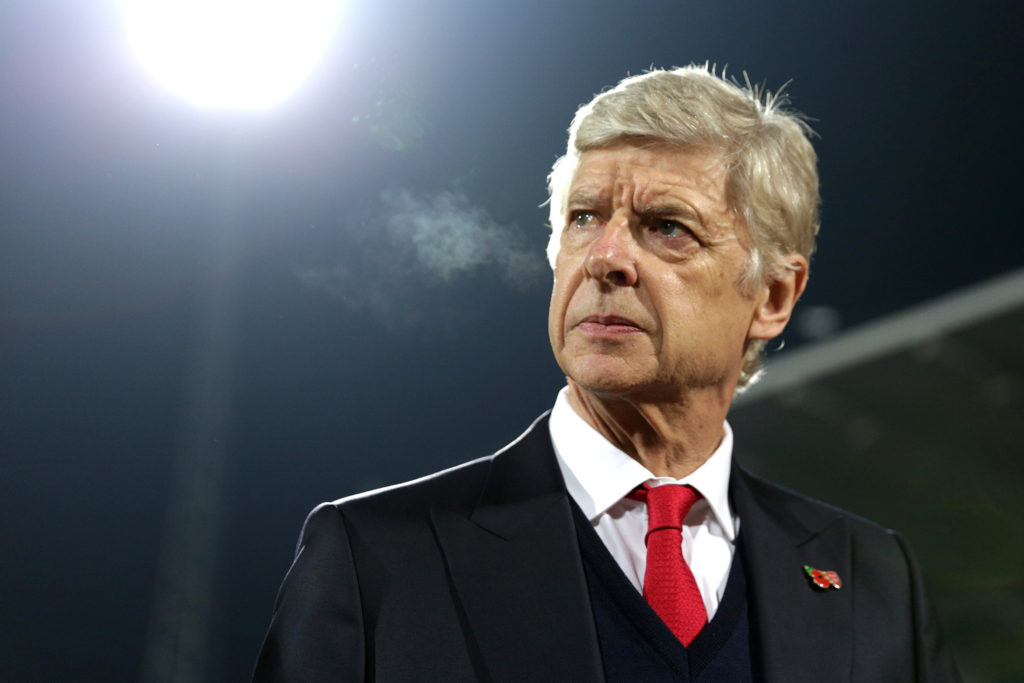 As would become a familiar theme for Arsenal in the following years, this one all came down to money. Arsenal had offered around £4.5million for the player, and a deal was close to being agreed. As the London side dragged their feet, United came in and blew Sporting away with a £12million bid.

If Arsenal had been swifter in their negotiations, United would never have become involved. It remains Arsene Wenger's greatest transfer regret.

As he alluded to, history could have been changed with that deal. But to what extent?

Cristiano Ronaldo would have added to a squad that was already one of the greatest in English football history. While United would win the league in the 02/03 season, the following campaign would be a historic one.

Arsenal would go undefeated during the entire Premier League season, sporting a star studded side that would become known as 'The Invincibles'.

Ronaldo may not have been a major contributor during that early stage of his career, but it surely would not have been too long before he came into his own. Arsenal have not won another league title in the intervening years, but it's hard to imagine that would be the case had the future Ballon d'Or winner been at the club.

The player would see a steady increase in his goal tally each season. Arsenal would finish second in the 04/05 campaign, 12 points behind Chelsea. While they would win the FA Cup, Ronaldo would not have been enough to stop a rampant Jose Mourinho led Blues.

It is from this point that it gets interesting. Ronaldo's rapid ascent coincided with Arsenal's equally pronounced decline.

Arsenal all but folded in the Premier League in the latter end of the 05/06 season, and for good reason. They had their eyes on a bigger prize: a first ever Champions League title. They would ultimately fall just short in the final against Barcelona, and in truth, it was a game they probably should have won.

Cristiano Ronaldo was ready. His 11 goals and eights assists that campaign do not compare to the otherworldly numbers he would produce later in his career, but there was a noticeable upturn in his performance level. 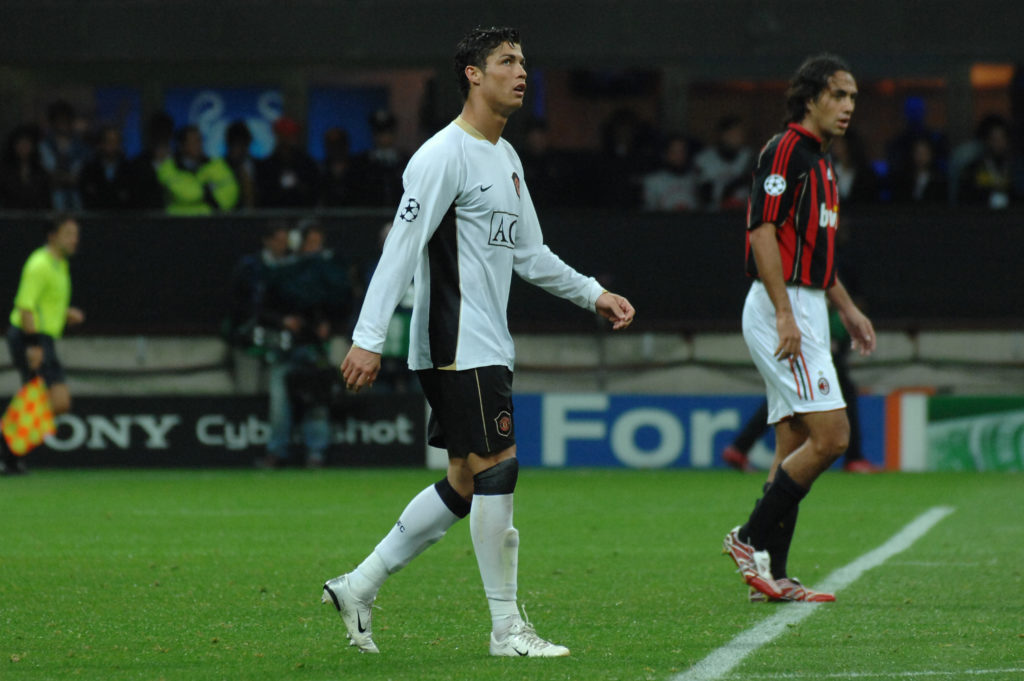 Could he have been the difference in that final? Most likely.

Despite being down to 10 men for the majority of the game, Arsenal probably should have won in Paris. Two goals in the final 15 minutes cost them, and it is a defeat they have never really recovered from.

Swap Aleksander Hleb out for Cristiano Ronaldo in that team and you have a vastly superior outfit. Arsenal would have at least one European cup to their name.

It is from this point that his effect is truly felt.

Ronaldo established himself as one of the best players in the world over the next couple of seasons, and what a difference that would have made to Arsenal's Premier League prospects.

You get the feeling that he could have fired the club to a couple more league titles. Arsenal were not far behind the best teams in the league at this stage, and if you take Ronaldo away from Manchester, that gap would be even shorter.

Perhaps Thierry Henry, encouraged by the presence of one of the world's best young players, decides to stick around for another couple of years? It's likely he would have.

We get the feeling that Arsenal would have a few more trophies in the cabinet.

Manchester United showed patience in the early days of the Cristiano Ronaldo era, and it paid off in the biggest way possible.

After an uncertain period in the middle of the decade, when Chelsea rose to prominence, he ensured United would remain as the premier power in English football. He was absolutely phenomenal in the three year run from 2006-2009, a period when United would win three successive league titles, as well as the Champions League.

Without the Portuguese phenom, it is highly unlikely that Ferguson's side would have won that European Cup in 2008. He was instrumental in the run to Moscow, and in a final decided by the tightest of margins, Ronaldo's absence could have tipped that final in Chelsea's favour. 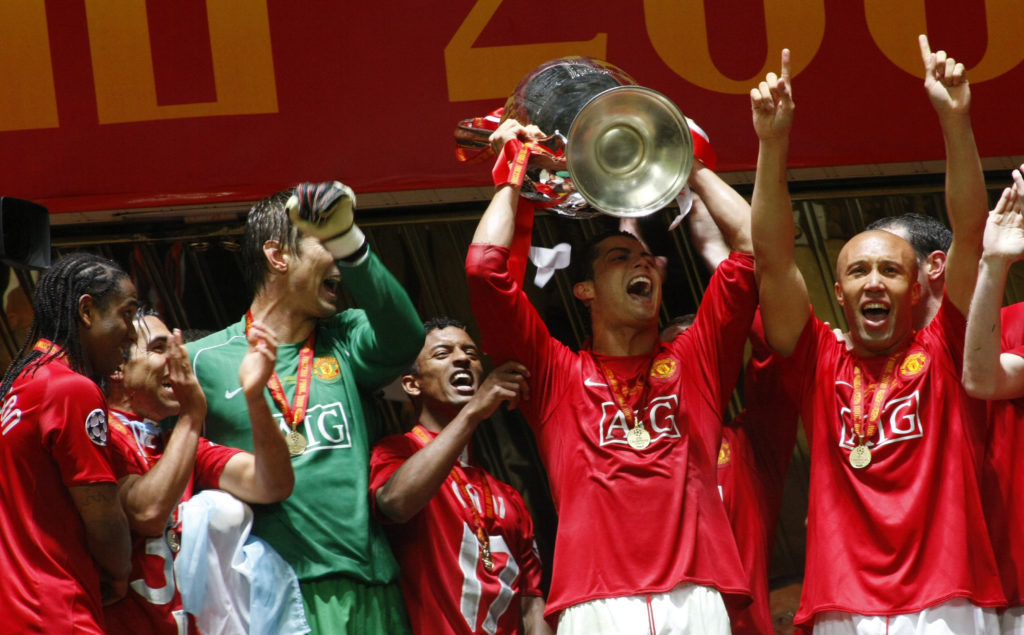 The title runs during this period were a similar story. The points margin between United in those seasons were: six, two and four respectively.

Without Ronaldo, there is every chance the Red Devils would not have won the title on any of those occasions. Chelsea and Liverpool would have been the beneficiaries.

How would this have affected the legacy of Alex Ferguson? Having gone through a period of five years without a league title, could he have decided to walk away sooner? Would this have brought United's decline forward by half a decade?

All of that would certainly have been in play.

Chelsea, or a Ronaldo-led Arsenal, would have instead dominated this decade of English football.

Arsene Wenger became a subject of constant ridicule during his final few years at Arsenal. His lack of top level trophies and stubbornness were constantly used to show he was well beyond his best.

His legacy would have been very different had he managed to secure the signing of Cristiano Ronaldo.

There would have been more trophies, more success, and perhaps more patience for Arsene Wenger. With another couple of league titles, and a European Cup, added to his already impressive CV, he could well still be at the club.

The Frenchman did a fantastic job at keeping Arsenal competitive during the early years at The Emirates despite limited transfer funds. More trophies would have added to their coffers, and even if Ronaldo had left as he did at United, his improved track record of success may have ensured he got most of that money to reinvest.

To say the signing of Ronaldo could have vaulted him above Ferguson in terms of standing in the game is probably a bit of a stretch, but it's not impossible.

Remember, United could have up to five less league titles and one less European Cup to their name without 'R7' at the club. Meanwhile, Arsenal would assuredly have upped their trophy intake. It's certainly an interesting conversation to have.

And how would all of this have affected the player himself?

There is no doubt that Alex Ferguson helped mould the winning mentality that became such a key part of his career. We have seen it with countless other United players.

However, despite what he was like later in his career, Arsene Wenger demanded similarly high standards early in his time in English football.

Ronaldo had the mentality of a winner, and he assuredly would have reached the top of the game regardless of the club that moulded him. His talents may not have shun through to such a bright level, but that is difficult to say.

Perhaps the more pertinent questions is, would he have stuck around at Arsenal long enough to experience the same levels of success? 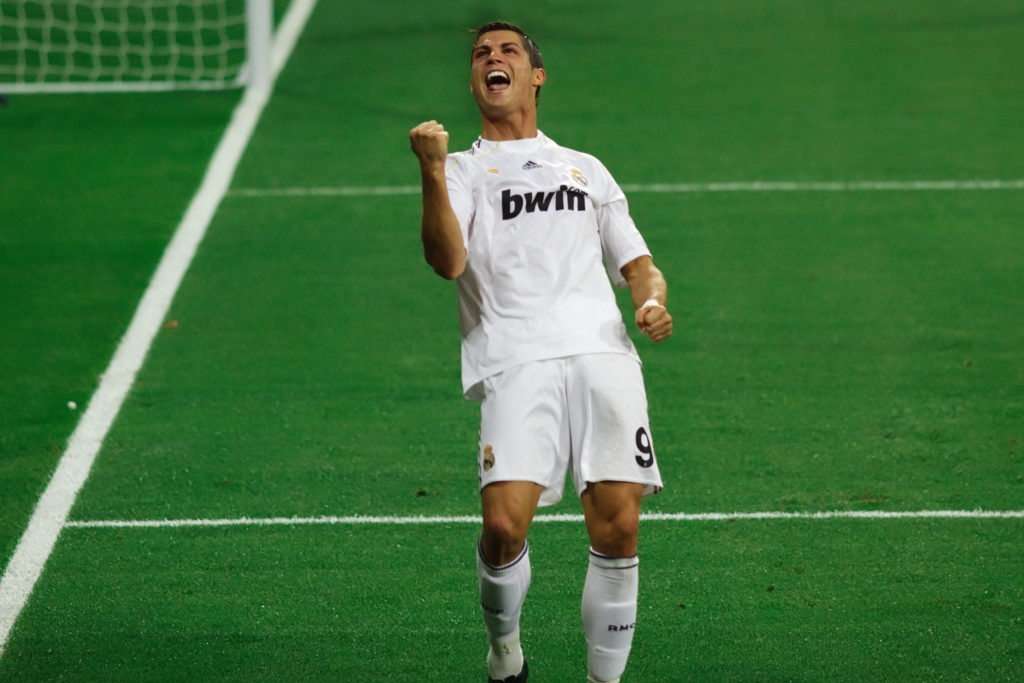 While Ronaldo could well have lifted Arsenal to another level, they were still an ageing team. Wenger had done a decent job at keeping the club competitive, but there was a noticeable drop off from 2006 onwards.

Could the Portugal star have halted that decline on his own? Possibly. However, it is equally likely that he would have left English shores well before the time he did so while at Manchester United.

One thing that is for certain, is that things could have been very different for all of the parties involved had Cristiano Ronaldo signed for Arsenal instead of Manchester United in the summer of 2003.

SEE ALSO: The Premier League 'Oh I Forgot He Still Played For Them' XI