Watch: Defender Sees Red For Scuffle With His Own Keeper In Norwegian League

An incredible incident occurred last night in the Norwegian Eliteserien, the highest professional football league in the country. In a match between Viking FC and Kristiansund, Viking’s centre-back David Brekalo got into a scuffle with his own goalkeeper Patrik Gunnarsson.

What makes this brawl stand out from previous teammate-on-teammate fights is the dive from Gunnarsson that lead the referee to send off Brekalo.

The defender attacks his OWN keeper.

The keeper dives and get his teammate sent off!!! https://t.co/2C7JdXSXDb

The argument was caused when there was confusion surrounding which player should clear the ball near the post.

Brekalo felt that it was Gunnarsson’s responsibility, but the keeper said after the match that it is the job of Brekalo to clear the ball unless the keeper says otherwise.

He also added that  “Arguing a bit with team-mates is part of the game, but we should not touch each other."

Viking’s manager Bjarte Lunde Aarshaim said that “It is not a good situation for us as a club that two players crash together.”

Brekalo and Gunnarsson made up after the game and posted to social media, relieving any fans who may have been worried about potential bad blood.

Thankfully for Viking the match was in its final moments when the incident took place.

In fact it had been quite an entertaining  encounter with Viking taking the lead in the 93rd minute.

They closed out the game for a 3-2 win in what was a crucial game for Viking with the league coming into its final weeks and Europa Conference League qualifying places up for grabs.

Viking now sit in third place in the league, six points ahead of fourth placed Lillestrom.

See below a sky sports compilation of teammate on teammate scuffles from the Premier League, including some favourites such as Lee Bowyer vs Kieron Dyer, and Hugo Lloris vs Son. 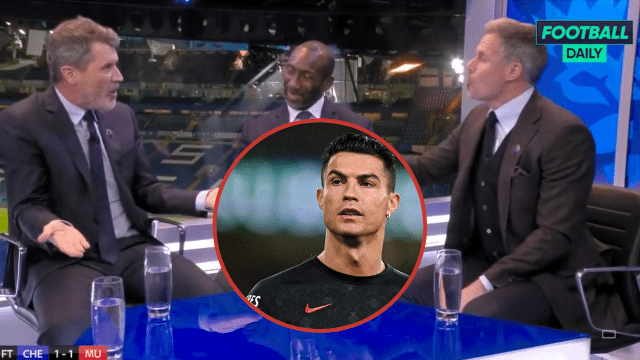 Football
3 years ago
By Maurice Brosnan
Watch: Simone Zaza's Pathetic Attempt To Headbutt An Elbow Is Comedy Gold
Football
5 years ago
By Will Slattery
Watch: Proof That Louis Van Gaal Completely Lost The Plot With This Theatrical Touchline Dive
Previous Next