Callum Robinson Explains How International Football Has Reunited His Family

Despite only having nine international caps to his name, Callum Robinson already looks like he could be an important player for Ireland. His form at club level is incredibly encouraging and he has always played well when he pulls on a green jersey.

With three massive games remaining in the Euro 2020 qualifying campaign, he is set to have a major say on the immediate fate of this team.

All of that for a player who wasn't really on the radar as an Irish prospect in his younger days. Robinson earned caps for England at various different underage levels, all the way from U16 to U20.

While he qualified for Ireland through his Monaghan born grandmother, he was never really in touch with his Irish roots. That is not something that can really be held against him, with his grandmother passing away when his mother was only nine-years old.

As can often happen in these situations, his mother became disconnected with her relatives across the Irish Sea.

When the opportunity to play for Ireland came his way, it was something Robinson was keen to do. He wanted to make his mother proud.

Speaking at the FIFA 20 World Premiere, Robinson told Balls that his switch in international allegiances has even acted as the catalyst for her to reconnect with that side of the family:

It was a massive decision. I sat down with my Mum, my Dad, and my family and I really wanted to do it. I knew that it would make my Mum proud.

She's proud anyway, but it made her even prouder to see me put on the green jersey. Her mum passed away when she was nine, so it means a lot to her. It's special.

That's the best thing. Now she's back in contact with her family, so it's really good.

My Mum was only nine (when her mother died) and then my grandfather remarried, so it disconnected a little bit.

This is why it's even better for me, because it's brought them closer again. They're speaking on Facebook, my Mum is going over. It shows that it means a lot to me personally, and it was one of the best decisions I've made. 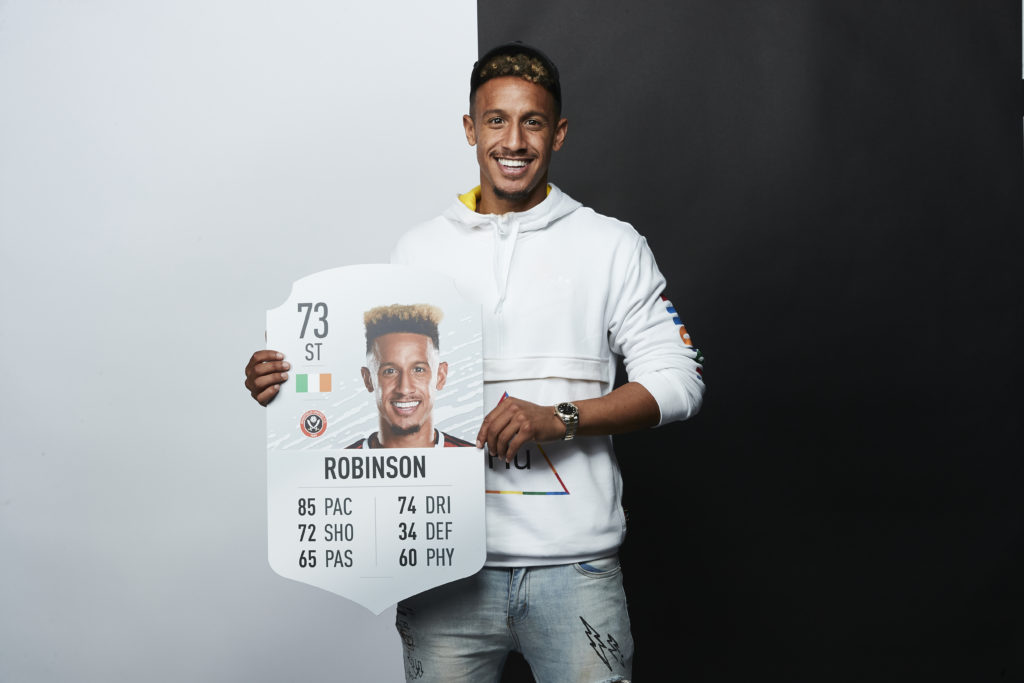 After an unbeaten start to the qualifying campaign, Ireland are in a fantastic position to qualify for Euro 2020. With the prospect of playing a major tournament on home soil, this is a once in a lifetime opportunity for the players involved.

Their standing was in the group was only strengthened by Denmark's failure to get a win in Georgia, but nothing is being taken for granted.

Robinson knows what a home tournament would mean to the country, and is hopeful it will happen.

It would be massive for personally, for the team and for the country. It would be unbelievable. We've got to get it over the line now, there's some big games to go.

We need to get a couple more wins and make sure that we're there. If we do, then it'll be a really good summer...

We want to win every game. Sometimes you have to take a point, like Denmark away was a massive point because it stops them from getting three.

It was a massive point against Switzerland again the other night. We keep ticking over, remain unbeaten. It's great to play with the boys, hopefully we can have the Euros after grafting for the year.

Callum Robinson was speaking at the FIFA 20 World Premiere. EA SPORTS FIFA 20, featuring VOLTA FOOTBALL, is out on September 27 for Playstation 4, Xbox One and PC. To pre-order your copy, click here.

Football
16 hours ago
By Gary Connaughton
Darron Gibson Was Often Mocked By United Teammates Over Bobby Charlton Advice
Football
3 days ago
By Colman Stanley
Man City Held By West Ham But Premier League Destiny Is Still In Their Hands
Football
4 days ago
By Eoin Harrington
Alan Shearer Says Roy Keane "Ran Away" From Him After Famous Clash
Popular on Balls
Football
20 hours ago
By Luke Delaney
Europa League Final: Five Arrests As Frankfurt Supporters Attack Rangers Fans
GAA
1 day ago
By Luke Delaney
Jackie Tyrell Calls For 'Accountability' For Players Who Feign Injury
GAA
21 hours ago
By PJ Browne
'I Had Some Troubles In My Later Teens. GAA Wasn't A Big Thing For Me'
Football
1 day ago
By Colman Stanley
Wagatha Christie Trial Sheds New Light On England's Euro 2016 Disaster