The 7 Anxiety Riddled Stages Of Checking The Score On Aertel

With the sad news today that RTÉ's Aertel service will cease, we thought we'd republish this little tribute to the original Soccer Saturday. Farewell Aertel, you served us brilliantly!

Before smartphones, social media and the bombardment of soccer at fans from every possible avenue, checking the score of your Premier League team was an anxiety riddled chore.

Aertel was the means by which you kept an eye on scores and it was primitive but at the end of the day it served its purpose.

Here are the seven stages of checking the score on Aertel.

1. Where the fuck is the remote?

Let me paint you a scene, a teenager storms into the sitting room, accosts his sister demanding the tv remote immediately."I'll only be two fuckin' seconds" he says as he wrestles the device from his sister and ignorantly brings up teletext, right in the middle of the Neighbours omnibus.

In the chaos of trying to get to the page as quickly as possible you'd end up choosing weather forecast or the bingo numbers, precious seconds lost in your efforts to see if Charlton did manage to get the better of Middlesbrough.

It seemed like an eternity didn't it? You'd start on RTÉ page 100. And the number would eek slowly to the fabled 232.

On a day of full Premier League fixtures the scores would be split into two pages and Murphy's Law dictated that whatever result you were looking for would be on the opposite page to the one you landed on. Hence an antagonising 30 or so seconds where your team are winning, losing and drawing all at the same time. Philosophers call the phenomenon Schrodinger's result.

5. The vicarious glee in seeing a green name come up on the scoresheet 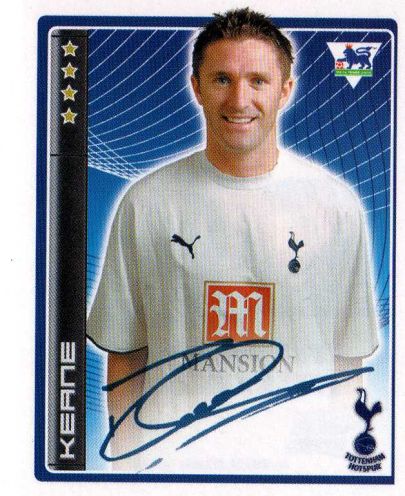 Granted it was nearly always Robbie Keane, but it was the small morsel of patriotism you needed for the day.

6. The disappointment when the score wasn't in your favour

You've waited all that time just to find out that your team was thumped 3-0.

7. Double checking BBC to see if the scores matched

Maybe there was some mix-up, maybe yer man in RTÉ's finger slipped and my team aren't 2-0 down to Big Sam's Bolton. Best check Ceefax, they'll definitely have their finger on the pulse. Sady, RTÉ were right. Of course they were right!

Football
5 years ago
By Gary Reilly
Teletext Transfers: Paul Pogba Narrows Down His Next Destination
2

Football
5 years ago
By Gary Reilly
Teletext Transfers: Boost In Man United's Search For A Centre Back
1

Football
5 years ago
By Gary Reilly
Aertel Page 220: Liverpool In For Another City Striker In Today's Transfer Round-Up
Previous Next