The response from this end of the world was predictable. As an Irish manager in what has become a global Premier League, outrage swelled this side of the Irish Sea as news of Chris Hughton's sacking broke.

That Hughton had such an amicable persona only buttressed that outrage. The departing manager had brought Brighton up to the Premier League and, rather importantly, kept them there - even if their future those lucrative surroundings were balancing on a cliff edge for the majority of the season.

But is the Irish sense of patriotism concealing the feelings of true fans at the club? After all, performances have been quite poor over the last few months and courteous and civilised traits don't guarantee you a Premier League job.

Gutted to hear about the gaffer this morning. I wanna thank him for everything he has done for me on and mostly off the pitch. Thank you for giving me the chance to sign for this amazing club @OfficialBHAFC . Will always be grateful thank you .

Nevertheless, Chairman Tony Bloom, the man who accumulated a substantial degree of wealth through betting, opted to gamble on finding an upgrade. Bloom may have made some hefty wagers in his time, but this was the biggest gamble of his career as a football administrator.

The Argus, a local newspaper based in Brighton, made this very point on the day the 60-year-old was sacked.

It sounds sensible but reservations remain at the haste in the context of Albion being a relatively low-spending, second-season Premier League club. Hughton is part of but far from solely responsible for recruitment.

Did he not simply get the most out of a mediocre squad in which summer signings failed to make a difference?

But there is also a case to be made for his dismissal. While the grumblings of fans at the club's under-performance was rather muted, dissatisfaction was building over the course of the season.

Fans may have recognised the impact Hughton has had on the club, but they also recognised the threat of relegation and what the financial consequences would be. 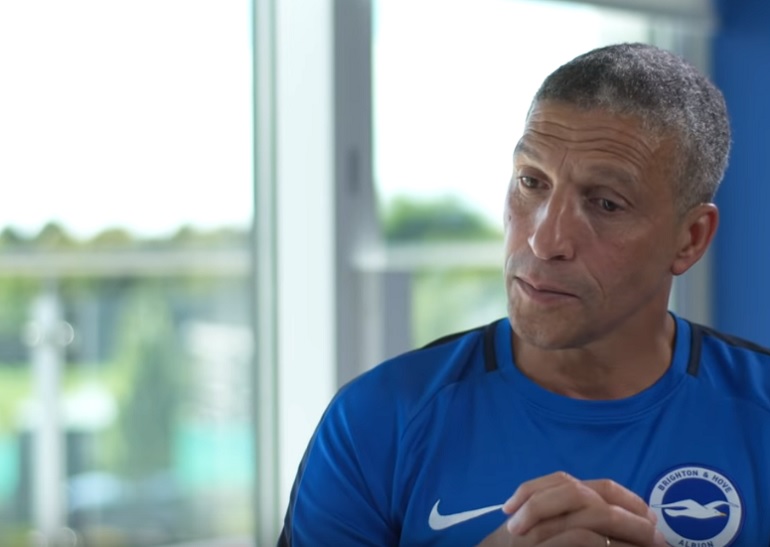 Scott McCarthy, of the We Are Brighton blog, points to the 5-0 defeat at home to Bournemouth as the harbinger of times to come. That game, McCarthy says, was " the worst game of football, I think, I’ve ever seen Brighton play in my life."

The murmurings of disapproval were never more noticeable in the stands.

It was quite strange actually because even when we were on this losing run people weren’t happy about the way we were playing, but they weren’t really saying that Hughton’s got to go.

We were 2-0 down at one point [against Bournemouth] and he took off Glenn Murray and replaced him with Florin Andone. We’re playing one up front; we take one striker off and put another striker on. You thought, why aren’t we trying to win the game? That decision got booed by most of the crowd and you thought, he’s in a bit of trouble here. It started to turn.

Three days later we played Cardiff - which was obviously a must-win game for us - and they came to the Amex and won 2-0 as well which didn’t help.

Since then we’ve relied on [Crystal] Palace beating Cardiff to keep us up.

However, the slide had already begun. The pressure of Premier League football had seen Brighton become more defensive and goals naturally began to dry up.

Club officials, and fans, noticed the trend, though Hughton's persistence meant the club clearly felt this was the way forward with Hughton in charge.

McCarthy feels the club were "spooked" by these performances.

Everyone could sort of see that the new formation wasn’t working - that the tactics weren’t working. And he just stuck with it doggedly for months on end, without changing it.

I think that probably spooked the club a little bit and made them think: you know what, if this carries on next year we’re going to go down so we may make the change now rather than make it at Christmas when we’re halfway through the season or something.

Thrusting Hughton into that infamous bracket of defensive-minded managers, however, would probably be unfair. Brighton fans' experience this season contrast with that of others, especially when Hughton managed in the Championship. 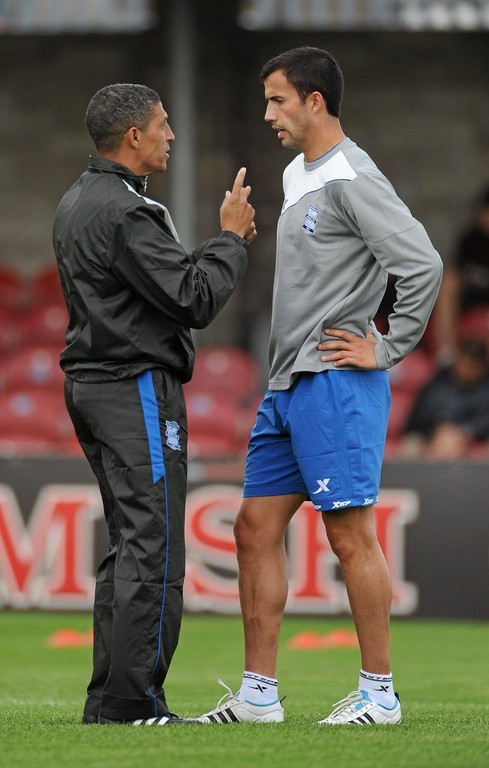 Former Irish international Keith Fahey played under Hughton at Birmingham City and, judging by his experiences at St Andrew's, he struggles to understand how the manager hasn't been kept on longer by some clubs.

I struggle to see how teams keep letting him go because he’s a really, really good man - as well as a good manager. He always has time for everyone around a football club. I know that doesn’t matter when you’re playing Premier League or whatever but he’s kept Brighton up there. What more do you expect?

I had my best season at Birmingham actually, while he was there, in the Championship. We played like 60-odd games and he managed to get everyone game-time. He used a couple of different systems and things like that and it was a really good dressing room. I really enjoyed my football under him.

And yet, in a perverse sort of way, Hughton's legacy with the Seagulls will probably be a positive one. He returned the club to the Premier League after a 34-year absencs and his mannerisms have earned him the respect of the majority of neutrals.

Thoroughly enjoyed playing for this man, creating special times never to be forgotten by all @OfficialBHAFC

Thank you for everything Gaffer pic.twitter.com/9HE69x3CxA

Brighton may have parted company, though they will obviously want it to be on good terms - unlike other relationships which have turned sour over time. Endings are never pretty but fans like McCarthy are still able to look back fondly - even if they acknowledged the need for change.

I don’t think anyone could touch him in terms of what he’s done. He’s given us some fantastic memories. He’s just been brilliant; he represented the club really well.

It’s just a shame that it ended like this because it could have been nice, if the club did want to make a change, if he got to stay up with a little more glory.

It’s not the best way to end it but sometimes you just have to make a change and look at the bigger picture.

He’s the best manager I’ve ever seen and I’ve been following Brighton for 30-odd years.

SEE ALSO: In Stats: How Irish Players Performed In This Season's Premier League