Clint Dempsey punched a window in anger at being told he wasn't going to be starting for Fulham in their 2010 Europa League semi-final first leg tie against Hamburg.

With Bobby Zamora not training, manager Roy Hodgson named a team with Dempsey starting. However, shortly before the game, Zamora decided he could play and Hodgson dropped the American.

"We were playing the semi-final, Hamburg at home and Bobby hadn't trained - he was struggling big time," Danny Murphy, captain of that Fulham team, told Jimmy Bullard's 'Off The Hook' podcast.

"So we set up the team and Clint was playing upfront because AJ was injured. Clint was upfront with (Zoltan) Gera behind him. Anyway, Bobby on the day decided he'd give it a go so Roy said, 'Alright' and dropped Clint, but didn't tell him until half an hour before kick-off.

"So you know as you come in the dressing room, you know those little windows that are toughened in the corner? He's hit one and smashed it. He's got glass coming out of his hand, got blood going all over the dressing room. It's everywhere. They've had to pull the glass out and stitch him.

"He came in and just bang. And his hands, he had nerves and tendons hanging off and he wanted to go again. It was too much so all the staff came in, the doctor, everyone, anyway he's gone on the bench in the end.

"They ripped the glass out, sowed up the tendons, and put this big plaster cast on."

Fulham won that first leg 2-1 with goals from Simon Davies and Gera. They drew the second leg 0-0, sending them into a final against Atletico Madrid which they lost 2-1 after extra-time.

"So in the final we had Bobby on one leg, AJ (Andrew Johnson) injured and Clint carrying around a 10kg weight plaster cast," said Murphy. 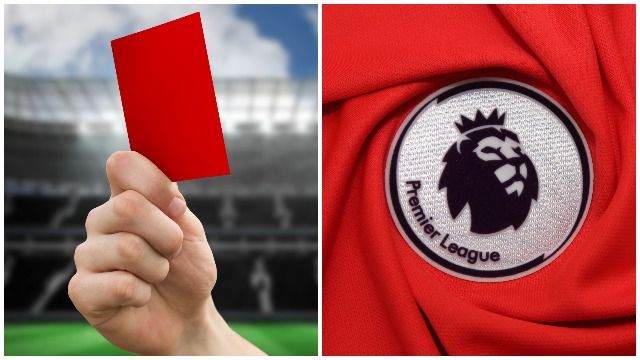 Football
3 months ago
By Sean Meehan
The 10 Best January Transfer Window Signings In Premier League History
Football
3 years ago
By Mikey Traynor
The Worrying Thing About Liverpool's Van Dijk Blunder, Is That It Happened Before
Football
5 years ago
By Barry Connaughton
Video: Clint Dempsey Has Come Up With A Rather Bizarre Way To Be Sent Off
Popular on Balls
Football
8 hours ago
By Gary Connaughton
Watch: Ireland's Ademipo Odubeko Scores Stunning Hat-Trick For West Ham U23s