Connor Ronan scored his third Scottish Premiership goal of the season for St Mirren on Sunday.

It was a sensational strike from the 23-year-old Ireland midfielder which gave his side the lead at home to Rangers.

Just three minutes into the game, Ronan nicked the ball from Rangers' John Lundstram in midfield, took the ball forward and hit an incredible strike from long range past Jon McLaughlin.

"We watched him a few weeks ago against Aberdeen, and he really impressed. It's great from Ronan to win the ball. To be honest, I don't know what he's thinking shooting from there, but what a strike it is.

"Jon McLaughlin, you're looking at him and saying, 'It's from distance, and maybe the goalkeeper should do better', but then you see it again. He's got that side covered, but it's right in the corner, he has absolutely no chance with it.

"There's power on it and the ball flies into the back of the net. It's moving away from McLaughlin the whole time. It's an unbelievable strike from Connor Ronan."

Ronan is currently on loan at St Mirren from Wolves.

Rangers hit back with a penalty from Kemar Roofe and an Alfredo Morelos header to take a 2-1 lead into the break. Those goals were enough to earn the three points for Rangers. 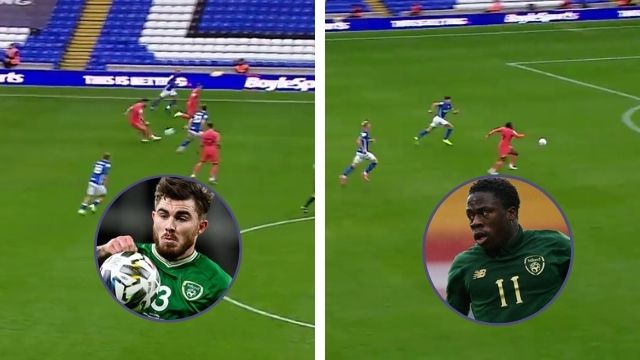