After Euro 2020 largely managed to avoid many controversies surrounding coronavirus up to this point, the regulations in place could be brought into question after the incident involving players from England and Scotland.

Scottish midfielder Billy Gilmour tested positive for the virus in recent days, and while none of his teammates have been affected by the news, two members of the England squad have now become involved.

Ben Chilwell and Mason Mount, two of Gilmour's teammates at Chelsea, have been deemed close contact of the player and have now been forced into self-isolation as a result.

It remains unclear exactly why those two were seen as close contacts when Scottish players were not, although the pair did embrace Gilmour on the pitch after Friday's game.

They look likely to miss tomorrow's fixture against the Czech Republic despite having tested negative over the last couple of days.

Speaking on RTÉ this evening, Damien Duff said that with both players looking as though they are in good health, those in the Scotland dressing room will probably be 'having a giggle' after forcing two players from their old rivals out of action. He also believes this adds to Gareth Southgate's already sizeable selection headache.

We tasted that with Ireland (when he was a coach under Stephen Kenny), negative tests but they still get sent home and miss caps. These two guys are potentially missing a very big game because of being a close contact.

You wouldn't wish covid on anyone after what it's done to the world. I hope, and I'm sure, that by the sounds of things they are negative and they are okay.

But in the Scottish dressing room, I'm sure they're having a giggle.

Billy Gilmour has dominated them on the pitch and now two days later he has sent a couple of them into isolation. You couldn't make it up really...

I'm still worried for [England], even with this now today with Mount. Kane has said he's going to play, Maguire still has to come back in so we might see a change in formation.

[Southgate] has said over the past month that he knows ten of his best 11, he absolutely doesn't. I think there will be changes.

I don't think it's a given that they're going to beat the Czechs.

There have been some serious questions asked over Gareth Southgate's team selections in this tournament so far. The likes of Harry Kane and Declan Rice have struggled greatly, with many of their supporters clamouring for the likes of Jack Grealish and Jadon Sancho to be given an opportunity.

This evening, the manager also seemed to question how his players had been deemed close contacts when Scottish players had not.

🗣 "I don't want to cause drama for Scotland but if you're all in the dressing room together, where does it stand?"

This is certainly a headache he didn't need on the eve of what looks like a big game for England. 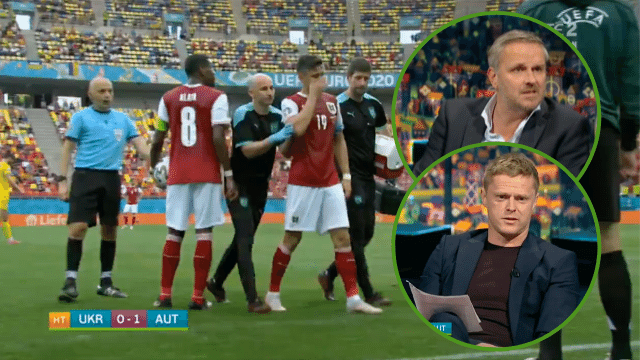